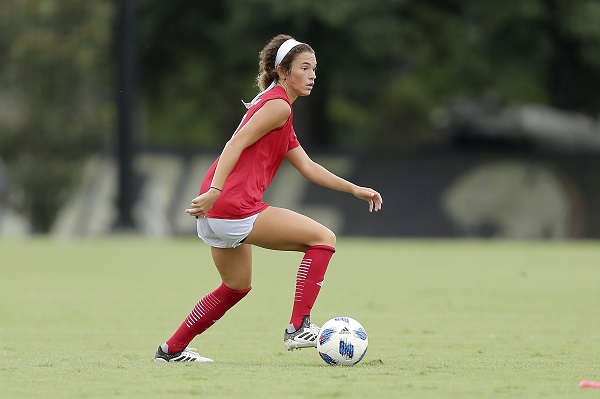 A lot of people use their college years to try and determine what they want to do with their future careers. But, Deanna Green knew what her dream job was long before she became a star defender for the University of South Alabama Jaguars.

“I’ve always wanted to be a vet since I was three,” Green, who wants to someday have her own veterinary clinic, told BGN. “My passion for animals and being able to help them has grown so much over the years.”

Most people enjoy animals and have had a pet at some point, but that’s nothing compared to Deanna’s history growing up with a family farm. She estimated that she’s had over 100 pets in her lifetime, including the usuals like dogs and cats and the more unique ones like hermit crabs and quails. Her pitbull-Catahoula mix, Blue, and Rylo, her Doberman, hold special places in her heart.

Before turning her focus to all of the other animals, Deanna’s enjoying her time as a Jaguar. Entering her fourth year in Mobile, Green noted the beauty of the campus and that she loves the available nature trails. She didn’t grow up too far away, a star at Brandon High School in Mississippi before joining USA. She said the school’s three-hour proximity to back home and the homey environment were factors in her college decision.

Her choice of South Alabama saw her find success early on the soccer pitch. As a freshman in 2017, Green started 17 matches and helped set a school record for consecutive matches without conceding multiple goals. The Jaguars won the regular season and tournament champions for the Sun Belt Conference. Last season, they won both conference crowns again. But, the Jaguars lost their NCAA Tournament opener to the top-seeded Florida State Seminoles. What lessons did Green and her teammates learn from the defeat? “Don’t be scared to take risks. I know we kind of sat off in that game and we should have gone forward a lot more,” she answered. “But, we have the bodies and we have the talent to do that. I think we’re all excited to see what we have the potential to do this year.”

“I think we’re very excited to go out and win another Sun Belt conference championship.”

The Jaguars lost their first match of the 2020 season in overtime to Louisiana-Lafayette, but they quickly bounced back in their second match to beat rival Troy. In the 2-1 overtime victory, Deanna played the entire 107 minutes and picked up the match-winning assist when her cross was headed home by Tilly Wilkes.

When she’s not shutting down attacking players or spending time with animals, Deanna’s likely to be found with another one of her favorite things. Her bio on the roster includes that sushi is her favorite food and one of her three wishes would be to have an endless supply of it. She loves a wide variety of sushi, so if she were to create a “Deanna Roll”, what would need to be included? She listed, “Shrimp, crab, avocado, cucumber, fish eggs, crawfish, salmon, and spicy mayo on top.”

Green and the Jaguars will be looking to roll up a second consecutive win when they return to action on Friday to face Coastal Carolina. Kickoff in Conway, South Carolina is set for 6 PM CT/7 PM ET. 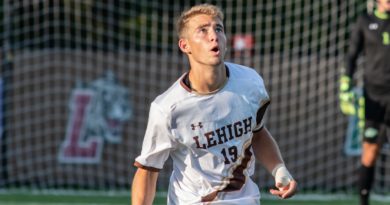 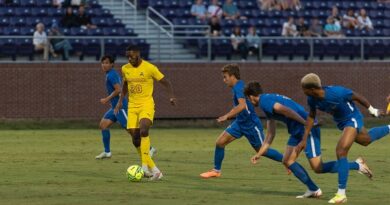 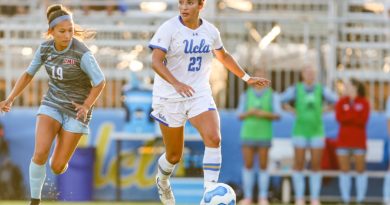