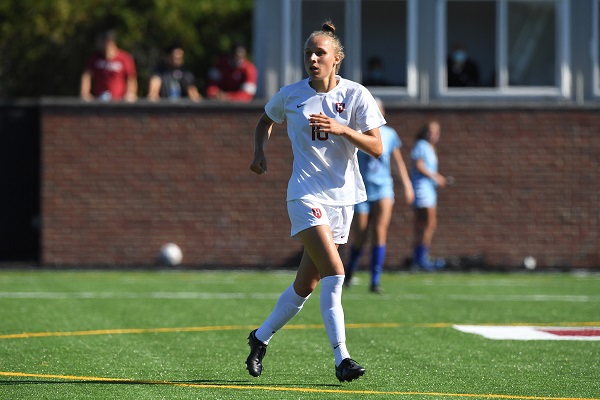 As a freshman in 2019 for Harvard women’s soccer, Angela Caloia scored six goals and added 11 assists. Her performance earned her a place on the All-Ivy League Second Team and she was twice named the Ivy League Rookie of the Week. “I attribute any individual success I may have had to the team, which welcomed me in a unique way when I stepped on campus for preseason,” Caloia told BGN. “The returning players were incredible guides on and off the field and I had so much fun with them when playing or not.”

Due to COVID-19, Angela couldn’t build on that success as the Ivy League didn’t play a 2020 NCAA season. While she wasn’t able to play for her school, Caloia got an exciting opportunity to stay active on the pitch.

She explained, “I was lucky enough to play for Empoli (of Serie A Women) in the 2020-2021 season and absolutely loved it; it was an incredible and formative experience both as a player and as a person.”

“Experiencing the Italian approach to soccer developed areas of my game that I had never focused on to that degree,” Angela stated about her time in Serie A. “The technical and tactical emphasis at Empoli was different to what I’d experienced in the US all my life, and I feel I’ve been able to integrate this into my game.”

“Before moving to Italy I also had the privilege to play in the Icelandic soccer league for a few months, which added further different elements to my soccer learning experience.”

Playing with Empoli was not Caloia’s first taste of Italian soccer as she has featured for Italy’s U-19 women’s national team and also received a call-up to the first team in 2020. “Playing for Italy is an indescribable feeling, honestly like nothing else I’ve experienced,” Angela said. “It is an incredible honor to represent my country.”

The Washington, D.C. native explained, “My entire family is Italian, I grew up in an Italian household, speaking Italian and eating Italian, and spent winters and summers with my grandparents in Italy, so I’ve always felt primarily Italian.”

With that valuable experience abroad, Angela is thriving back on the pitch for the Crimson. She has six goals and two assists in nine matches. “Points aside, I’ve been really happy with my individual performance this season,” she said. “After such a long time away from the team and from Harvard, I’ve taken this season so much less for granted and am enjoying playing more than ever.”

Angela Caloia doubles the Crimson's lead off a great feed from Sophie Hirst!

Regarding any individual goals that she’s set for herself, Caloia stated, “I don’t have any specific individual goals, I just want to do all I can to making sure this team goes as far as it can go.”

Caloia’s individual success has helped Harvard get off to an 8-0-1 start. When asked if she expected this level of success entering the season, Angela said, “We clearly had an incredible degree of talent come in with the sophomore and first-year classes, and seeing these new pieces come in and gel with the existing players and with the team culture has been so rewarding.”

In the latest NCAA RPI rankings, Harvard is all the way up to #9 (18th in the 10/3 United Soccer Coaches rankings). What makes the 2021 team a special one? “I think what makes us special continues to be the way we work for one another and the way we enjoy playing together,” Caloia answered. “It’s incredible to think we’ve been at it for a little over a month, and every game I’ve felt a tangible improvement in our connections.”

“Honestly, we always just enjoy being together, which I think really translates come game time.”

Caloia and her teammates will look to remain undefeated when they take on Cornell this Saturday (1 PM ET, live on ESPN+). Looking back on how she ended up at the prestigious Ivy League school, Angela said, “Harvard for me represented the ideal combination of athletics and academics, which sounds cliché but is very true. It was the program where I truly felt like both aspects of my life were going to be given the appropriate weight, and where I’d be pushed in both areas.”

“After visiting the school and meeting the players I fell in love with the team, the campus, and the people. I missed it last year when we were forced to be away, and it could not be more rewarding to be back.” 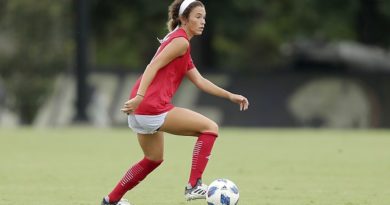 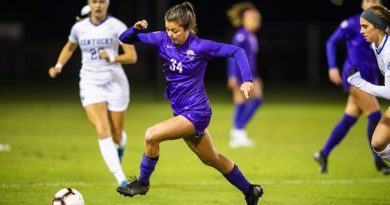 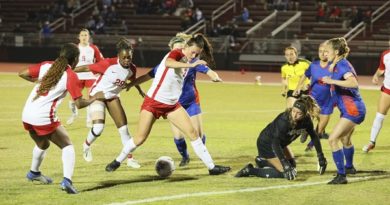