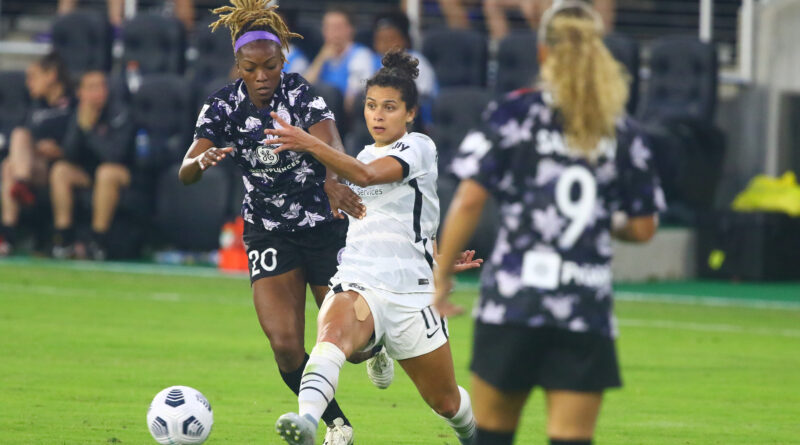 It was a disappointing night for Racing Louisville as they fell to the visiting Portland Thorns 0-2 on Saturday night. Racing started the game strong, earning a couple of early chances, but after giving up a penalty in the 27th minute, they could never recapture their momentum.

“I don’t think we really ever got our stride,” Coach Christy Holly said after the match. “But we started the game well, created a couple opportunities, then we kind of got a little bit lost within the game.”

Noticeably missing from the lineup was defender Gemma Bonner. In her first two matches for Racing, Bonner has shown herself to be an invaluable leader on the backline. In her absence, Racing looked less organized and cohesive. Holly says her absence from selection was only precautionary. With the newly available depth in the backline, it was better to rest her and let other players build up minutes instead of risking injury.

For midfielder Lauren Milliet, the loss stung – especially after last week when Racing won two out of three matches. But, focusing on the big picture, it’s something to learn from so they’re better prepared for their next matches.

“We’re not excited about a loss, but for us, it’s about growth. For the whole team, it’s about putting ourselves in uncomfortable situations so we can continue to grow.”

“All of us want to win, want to keep improving, and want to get results,” said Fox. “So I definitely think we’ll look at this game and look at Orlando and see how we can improve from this one.”

Fox also stresses that, just because the team is young, doesn’t mean they’re not aware of how challenging the league is. There are no easy games in the NWSL which means they’ll have to learn and grow from each experience and not take any matches for granted.

“We’re young, but I don’t think that means we’re inexperienced. We know that each game is going to be hard and each game you have to earn the right to win.”

Performance-wise, this game was a mixed back for Racing. They showed continued improvement in some areas while regressing in others.

In this match, Racing managed nine shots with four on goal. This is a great improvement over their last matchup with Portland where they had only four shots total and zero on goal. Comparatively, Portland had substantially fewer shots this match. In their last meetup, Portland had 28 shots and 12 on goal. Last night, they managed 17 shots with 7 on goal. Portland also needed four saves and 23 clearances this match. This is a vast improvement offensively for Racing. Last match, they forced zero saves and only 10 clearances from the Thorns.

There are a few reasons for this. On Racing’s side, this improvement comes in large part from the additions of Cheyna Matthews and Ebony Salmon. While Matthews got ten minutes in the last Portland matchup, those were her first competitive minutes in over a year. Since then, she’s been building back steadily and getting more playing time. Last night, she created two chances in just 17 minutes under the field, including one shot on target. Salmon was quieter tonight than she has been in previous games, but through little fault of her own. The midfield could barely get the ball to her, so she had much more limited options. Still, she managed two shots with one on target.

On Portland’s side, they were missing some major key starters, including Lindsay Horan, Christine Sinclair, and Crystal Dunn. Still, Portland’s bench is so deep, their B-team could probably beat many clubs’ A-teams, with Rocky Rodriguez, Morgan Weaver, Simone Charley, and Sophia Smith all in the game.

Possession remains a problem with Racing who consistently struggle with transition play. Errant passes that either go right to the opposition or roll out of bounds are a glaring issue with the team each match. Although they managed 43% possession, which is a hair better than their previous 41% against North Carolina, that’s a far shot away from the nearly 50% they managed against both the Houston Dash and Chicago Red Stars last week. A lot of this can be attributed to the fact that this team is still learning how to play together. They can’t quite read each other’s movements yet, which will come with time. But if it doesn’t improve soon, Racing will continue to hand over control of the game to their opponents and give up far more chances than they should.

Unsurprisingly, Racing’s passing accuracy was some of their worst all season at 70%. This is better than the 67% they earned last week against the North Carolina Courage. However, almost the entire lineup was rotated in that game against the Courage. Against Portland, almost all of Racing’s regular starters were in the lineup.

While this was arguably one of Racing’s worst performances all season, it’s no reason to panic. The team has said all season they know they’ll have good games and bad games. This was a bad game. So now, they’ll learn what they can from it and move on. That’s part of how they’ll grow.

The fact their offense continues to improve as the season progresses is key for Racing. Matthews, Salmon, along with Cece Kizer and Savannah McCaskill, continue to be offensive threats. Emily Fox has been given free rein all over the pitch and has been increasingly getting forward and involved in the attack. Goals will come, as they did in Chicago. In time, they’ll likely start coming with more regularity as the players settle in and continue to build relationships. For some deeper analysis on trends check out Fleur de Lis FC’s fantastic post-game analysis here on their blog.

Addisyn Merrick also has looked sharp in her limited minutes on the pitch. After becoming available for selection for the first time just last week, she’s shown skill in her ability to read the game and successfully challenge opponents. Likewise, Julia Ashley is newly back from injury and also showing that she can be another key defender in time. She had three successful tackles in 31 minutes, the most of any Racing player. As they gain fitness and Gemma Bonner returns after her precautionary rest, the backline will tighten up and become increasingly effective.

Finally, although they looked out of step and disconnected last night, Racing still has a lot of fight in them. They didn’t sit back or stop fighting until the final whistle. Two of their shots on target came after the 80th minute. This, more than anything, will determine the team’s future success. If their culture is good (and it seems to be) and if they’re able to stay focused on the bigger picture (which they are, according to Milliet and Fox) then they’ll be able to navigate past these troubled moments and into new successes. 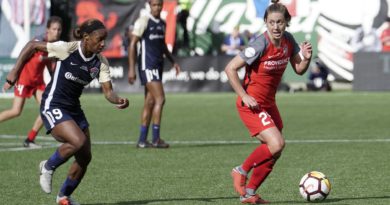 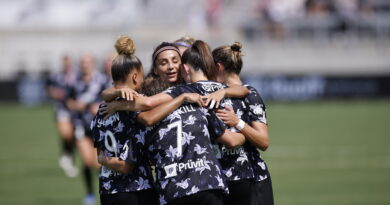 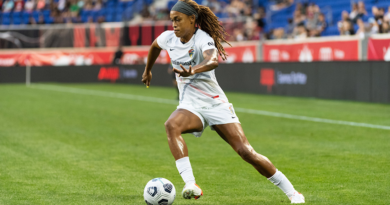