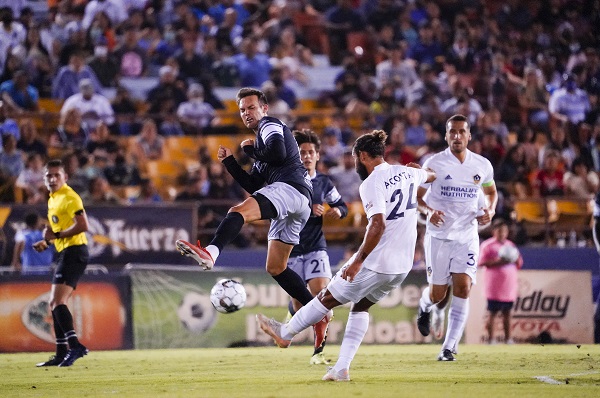 A back-and-forth match at Cashman Field ended with Las Vegas Lights FC losing 3-2 as LA Galaxy II scored the winner in the final minute of regular time after a late Lights FC equalizer.

28-10 shot advantage for Los Dos. The LA Galaxy affiliate, playing on the road, got to push the tempo in the attacking half for most of the night. While they only put 9/28 shots on target, it is still indicative of Los Dos getting to play on the front foot.

BGN’s Man of the Match Frank Daroma: He assisted on the opening Lights FC goal with a nice ball over the top. The midfielder, Las Vegas’ most consistent player this season, also registered three tackles, three interceptions, and two clearances.

Nathan Sepulveda: Playing alongside Daroma, he completed 32/32 passes, scored the late equalizer, and made two tackles.

Las Vegas Lights FC will look to end this poor run of form vs. a club that they’ve already defeated twice in 2021. On Thursday, Tacoma Defiance will host the Lights after they play at Oakland Roots SC tonight.