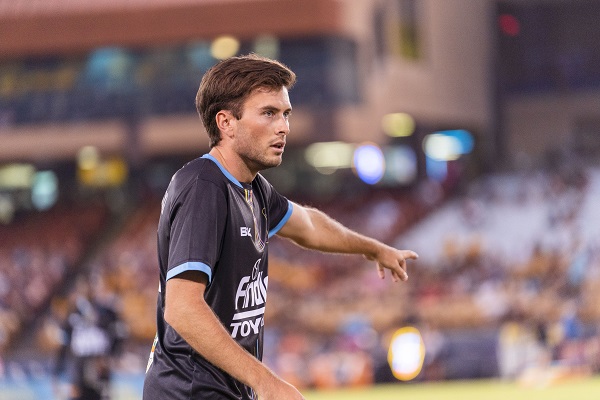 In a Friday night fixture in Downtown Vegas, Las Vegas Lights FC will look to end a rough stretch of results when they host LA Galaxy II tonight.

After their defeat vs. Oakland Roots SC last weekend, Las Vegas Lights FC are now tied for the second-most losses in the USL Championship this season (12). They’ve lost three straight matches and have reverted back to their concerning form of conceding a high amount of second-half goals. On Twitter, @USLTactics broke down some of the issues troubling the backline for Lights FC. At the moment, Las Vegas occupies the basement of the Pacific Division with Oakland Roots SC even on points with a better goal differential.

In their two matches vs. Los Dos this season, the Lights have conceded eight goals. They lost a 5-0 blowout to open the season before winning a 4-3 shootout, both in California. The LAFC affiliate will have the chance to get this rivalry weekend off on the right foot for the organization as the two MLS sides, LAFC and LA Galaxy, meet tomorrow night at Banc of California Stadium in El Trafico.

Tonight, Lights FC will honor their fellow Sin City sports team, the Las Vegas Raiders, with special guests and alternate kits that feature the historic Silver & Black. In 2019, the Lights wore ceremonial Vegas Golden Knights kits and picked up their first win of that season. With the club stuck in a slump, Steve Cherundolo and Co. will be hoping for similar luck tonight.

CC Uche: When the Lights are finding results, it’s because the backline is playing at an acceptable level. During this recent slide, that has not been the case and the club’s captain must get his defensive unit in order. If Uche can help the club limit their mistakes at the back, this is a winnable match for Las Vegas.

Preston Judd: Appearing in every match for Los Dos this season, the Las Vegas native leads the club with eight goals and 42 shots. Three of Judd’s goals have come against Lights FC.

Jorge Hernandez: He has seven goals this season, three of which came on set pieces, four assists, and a club-high 45 chances created (second-best on the club is 16).

Jesus Vazquez: A crucial piece on the backline, the 26-year-old center-back has the club lead in passes, clearances, interceptions, blocks, and aerial duels won. 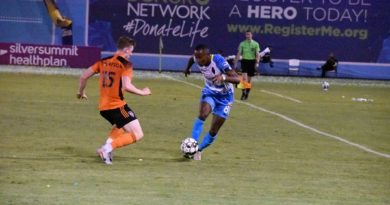 Live from the Plaza Hotel – The Premier League is Back!