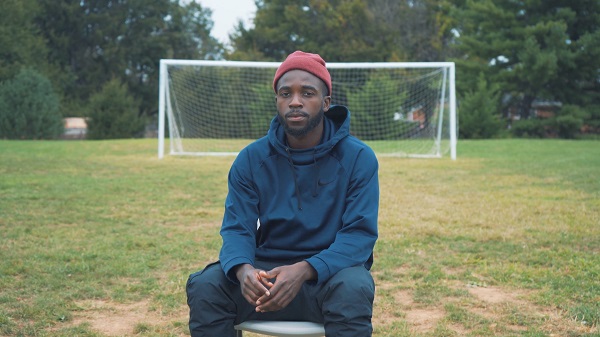 On September 19th, Peabo Doue captained Loudoun United FC in a narrow 1-0 defeat vs. Pittsburgh Riverhounds SC. Against the heavily-favored Pittsburgh side, he was able to create a chance and register an interception and a clearance.

On September 25th, Loudoun decided that it would be prematurely ending its season due to COVID-19, and on that same day, Doue announced that he was hanging up his Nike boots and calling it a career.

“I don’t know if I can nail a specific reason, as a lot of different variables went into the decision making,” Doue told BGN. “I’ve got so much love for this game, but it just feels like the perfect time for a new chapter.”

The Maryland native was a star at West Virginia University before inking his first professional deal with Phoenix FC in 2013. When discussing some of his most notable memories of his playing career, he recalled, “Man, there are way too many. Signing my first professional contract, scoring my first goal, a lot of special wins with some amazing teammates that I now consider family.”

“One moment that I often think of is the 2015 Western Conference semifinal match against the Switchbacks (while he played for OKC Energy FC). It was a very difficult year for me mentally. I had some personal things going on back home and never really found match fitness after struggling with multiple injuries throughout the regular season.”

For the last two seasons, he was able to play for his hometown club, Loudoun United. “I’ve said it many times but coming home at some point in my career was always the mission,” he explained. “I was lucky to have an opportunity to come home and build something special while playing the last games of my career in front of my family and friends. I’m thankful for everyone at the organization who made that possible.”

In addition to Phoenix, OKC, and Loudoun, Peabo had the chance to play for nearly a handful of other clubs across his professional career. What advice would he give to the rookie version of himself, knowing what he knows now? “I would tell him to have more patience. Enjoy the process of and the people that are helping you develop,” he said.

Discussing his overall level of satisfaction in his time on the pitch, Doue said, “As for my satisfaction, I try not to live my life in regret, but I played the game to be at the highest level. Everything happens for a reason and I’ve been blessed to be part of a locker room at the YNT, USL, NASL, and (briefly) MLS level. For me, that is something to be proud of.”

With his high-level ability as a player and a likable personality off the pitch, it’s no surprise that Doue was a fan favorite across those numerous professional stops. To all of the fans that have supported him, he said, “Honestly, I don’t know if I could ever truly express how thankful I am for the love and support. From the people that I grew up and went to school with who have supported from day one to the supporters of each club that I’ve grown close with over the years, thank you.”

“To get calls and texts from these individuals after announcing my retirement gave me a feeling that I can’t really describe, but I will forever remember and appreciate them for the rest of my life.”

Still only 28 years old, Doue has a whole lifetime in front of him. When asked what’s next, he has a simple message: Stay tuned.