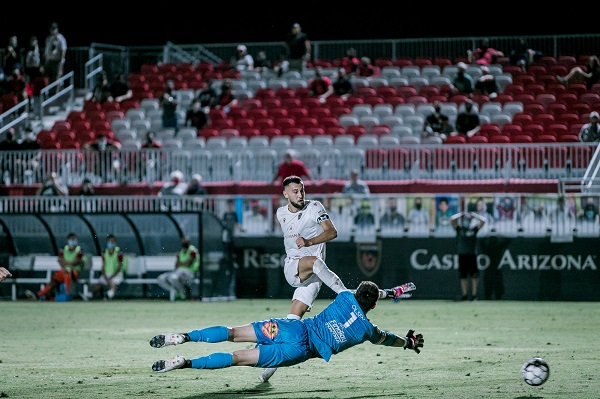 With one club unproven on the road and the other an established juggernaut at home, last night’s matchup for Las Vegas Lights FC at Phoenix Rising FC went about as expected. Rising FC scored five goals before the Lights pulled back a late consolation goal in a 5-1 blowout.

18 shots, nine on target for Phoenix. For any club, that many shots, especially that many on target, will lead to score goals. With a club like Phoenix with that type of attacking talent, it’s almost a guarantee that you’re going to give up more than one or two goals.

Three goals between 44′-57′. The Lights only trailed 1-0 as the 43rd minute passed. But, Phoenix was able to blow the match open with a trio of goals from right before the break to the first chunk of the second half. There may have been confidence for the Lights going into the locker room, but those two goals shortly after halftime certainly wiped that away.

Bryan de la Fuente: Coming off the bench, he scored the lone goal for Las Vegas with a nice left-footed finish.

Rashawn Dally: The FC Cincinnati loanee was active for the Lights in attack and defense, finishing with two shots, four interceptions, two tackles, and two clearances.

A pretty quick turnaround for Lights FC as they travel out to SoCal to face LA Galaxy II again. At the moment, Los Dos occupy the second playoff position on the Group B table, but they are squarely in the middle of a battle for that spot with Orange County SC and San Diego Loyal SC 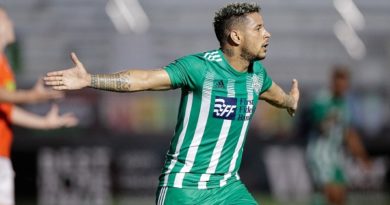 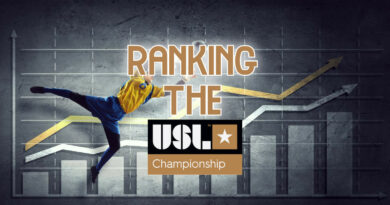 Ranking The USL – 2021 By Month and Historical Comparisons 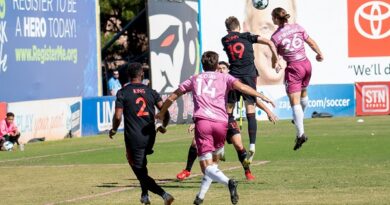