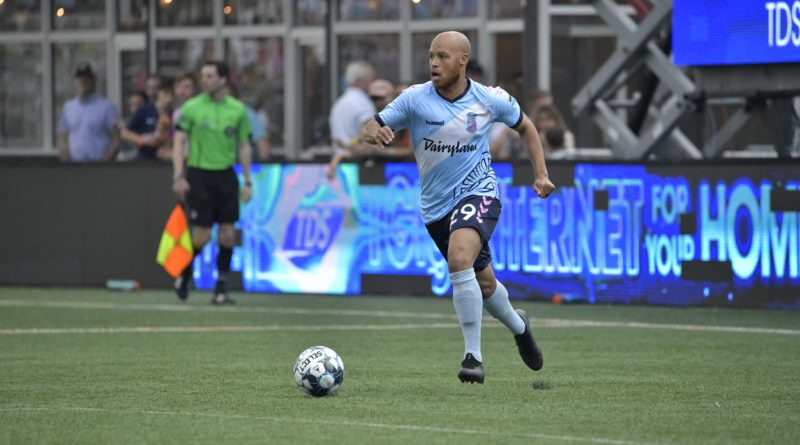 After their win streak came to an end, Forward Madison will take on Greenville Triumph tonight.

Forward Madison Flamingos and Greenville Triumph are about to play their second match out of three this evening at Legacy Early College in Greenville, South Carolina. I spoke to Chris Ashley, who has contributed to Soccer ‘n’ Sweet Tea, GVLSoccer.com, and multiple podcasts discussing Greenville.

BGN: How has the season been so far for Greenville?

Chris Ashley: This first season for the Triumph has been incredible. In terms of the organization, it has been really fun to watch the branding come together, players be signed, and the hiring of a US Soccer legend as the team’s inaugural head coach (John Harkes). The team has done a great job of making themselves a big part of the community at large. They are showing up to events, engaging with the youth soccer scene, and even volunteering for different agencies and events together.

From hanging out with old friends to meeting new ones…thanks to everyone who came out to @LloydsSoccer!

On the field, it has been a mixed bag. The season started slowly in the scoring department but the team’s strong defensive play kept them in contention for the playoffs all year. Now that the team has started to gel a little more and find their scoring rhythm, they have begun to make a serious push towards post-season play.

BGN: After beating Toronto FC II this past weekend, Greenville have won three in a row and are clearly right outside of playoff contention. How confident do you think the players and the fans will be heading into this home match against Forward Madison?

CA: Confidence is a tricky metric. I can tell you this, I think fans and players across the board see this as a game that we are desperately going to want to win. At this point in the season with things being so tight, you have to pick up three points at home if at all possible. There is the added knowledge that the Triumph will be traveling to Madison in a few weeks for another matchup, so this one is big.

BGN: What would you say is the biggest weakness at the moment for the club?

CA: Earlier in the season I would have said finishing hands down. Over the last several weeks they have really found their scoring form so I think that is less of a concern at this point. I would probably say the biggest weak point at the moment is playing consistently for the full 90. Up until last week, the Triumph were not a team who scored much in the first half. After three first half goals against Toronto, they came out in the second half a little flat-footed. If this team can start playing with the same intensity for 90 minutes, they will be one of the most dangerous teams in the league.

BGN: Greenville have one of the top scorers in the league in Jake Keegan, who also has 50 shots. What has made him so effective this year?

CA: Keegan is more of a finisher than a creator most of the time. What I think has made him the most successful is the incredible wing play of guys like Omar Mohamed, Carlos Gomez, and Chris Bermudez. There are certainly chances and goals that have come through the midfield, but Greenville really likes to play down the flanks and look to Keegan in the box.

BGN: What’s Greenville’s rivalry match in League One? Who owns the series? Any cool stories attached?

CA: Definitely South Georgia Tormenta. We have already played them four time (including in the opening round of the US Open Cup) and will play them in the final match of the season. Right now the league series is 1-1-1 but the Triumph beat them in Open Cup so they have the slight edge there.

One funny story is that I was heckling Tormenta’s Conner Antley during a match in Greenville during Open Cup. He looked up and saw me in the stands and smiled. After the match, I was waiting in the gym for the Triumph post-match press conference when he came in from the field. He started walking towards me and said “YOU!” As I started to explain my heckling was all in good fun, he bear-hugged me and told me how much he loved watching me on BGN’s own League One Fun podcast. That was definitely a highlight for me in this young rivalry.

Climbing out of the Fox hole 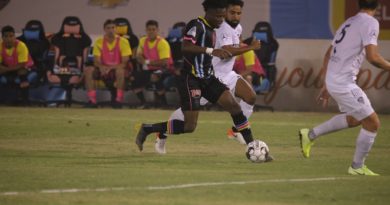