A lot of factors can motivate a player entering a new season. Their team missing the playoffs, performing individually a little below their own expectations the year before, or their former organization going in a different direction. What if I told you all of those things and more are fueling a charged up Jesus “Chuy” Enriquez ahead of his first season with San Antonio FC?

The 22-year-old winger spent the last two seasons in the Houston Dynamo organization with their USL-C affiliate Rio Grande Valley FC. In his two seasons with RGVFC, Enriquez scored ten goals and registered nine assists. As a free agent this offseason, he chose to join the Toros’ top rival over multiple other offers. “The reason I chose San Antonio was because when I spoke to the club, the head coach made me feel welcomed,” Chuy explained. “They made me feel wanted. The organization has a good plan for the future, not only for the players but also for the club.”

He’s also excited to play in front of the San Antonio crowd, which was cheering against him the past two years. “I loved their competitiveness, always supporting until the last minute,” he said. “I also love the fact that the stadium seats are so close to the field. It makes it louder and it seems like the fans are closer to the players here. I like that, I like to be involved with the community and with the fans.” In the Valley, Chuy liked to meet up with fans or offer some soccer knowledge and assistance when they would get in touch with him. He shared, “I actually worked with a young high school player and I still keep in touch with his family members that got us connected.”

But, the fans of the Toros may not be as excited to see the Enriquez this season because he will be looking to defeat their club in the South Texas Derby. “I’m more than excited,” responded a passionate Enriquez when I asked him how excited he was to face the Toros this season. “Not just because it’s RGV but because it’s the whole Houston Dynamo organization. I left the Toros on good terms with the staff and the fans and everyone, but Houston kind of misled me with their future plans for me. So, I’m excited to show them what I can do, even though they’ve seen me do it for two years.”

For those that have watched Enriquez, you know the special skill set he brings to San Antonio FC. He is an incredibly skillful player with the ball at his feet and welcomes the challenge of taking on defenders with his dribbling ability and quickness. He adds that he will always leave it all on the field, ready to go forward, and he’s hoping for a lot of goals, assists, and wins during the 2020 USL Championship season.

San Antonio FC will open their season at home against the reigning champions of the USL Championship, Real Monarchs SLC. That match will kick off at 7:30 PM CDT on March 7th. A ticket bundle for that season-opener and a 2/12 preseason friendly vs. FC Dallas is available on SanAntonioFC.com. Jesus “Chuy” Enriquez will be looking to make an impact early and often for the Alamo City side in 2020. 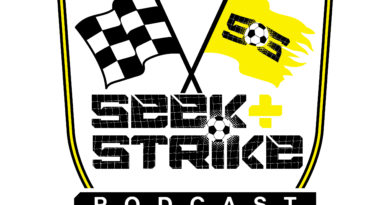 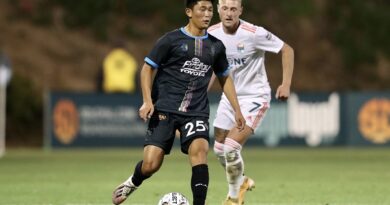