What’s up Internet? This week on Last Word SC Radio, Matt, Dan, and Harvey get together to look ahead to the Concacaf October World Cup Qualifiers, focusing on our USMNT Jamaica preview.

The trio starts by discussing the disturbing news coming out of the NWSL with the sexual misconduct from Paul Riley. We try to make sense of how this happened and where the league and WoSo go from here.

Then we get to the international window. Dan breaks down the three games for the United States, what to expect and what could happen. Matt discusses why that Honduras vs. Jamaica game at the end of the window Harvey thinks the time is now for El Salvador. Also, it could be a tough three games for Canada.

We finish the show off with USMNT Pick ‘Ems and Last Words.
Last Word SC Radio is a part of Last Word on Sports Inc. and an affiliate member of the Beautiful Game Network. Listen, subscribe, and review us on iTunes among other podcatchers. You’ll find a lot other great shows and sports content from our Last Word on Sports family there as well. 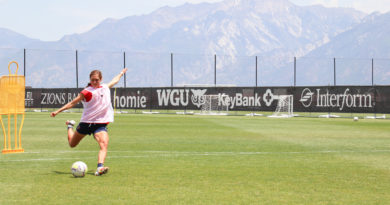