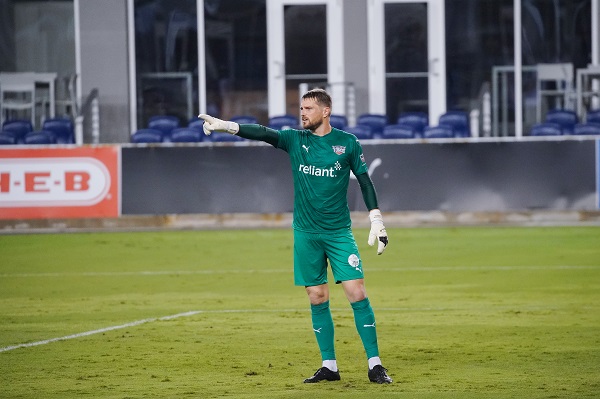 While the 2021 season has been far from predictable for RGVFC, the results from last week’s two matches were expected. On Wednesday, the Toros went on the road to face New Mexico United, who have only one loss at Isotopes Park this year. That match ended in a 2-0 victory for New Mexico, despite RGVFC more than doubling the hosts in shots and shots on target. That would be largely due to the heroics of NM goalkeeper Alex Tambakis, who made seven saves.

Saalih Muhammad blasted home a goal in the first half, getting to a loose ball in the box before any RGVFC player could clear it. Chris Wehan scored the insurance goal in second-half stoppage time.

Then, the club returned to South Texas to face last-place Real Monarchs SLC and picked up all three points in the 3-0 win. Elvis Amoh opened the scoring as he tapped in a rebound at close-range after goalkeeper Jeffrey Dewsnup fumbled a save from a Jonas Fjeldberg shot. Fjeldberg would assist on the second goal as a well-designed free kick play saw him cross the ball into an unmarked Carter Manley for an easy header. Involved in setting up the first two goals, Fjeldberg put the cherry on top himself. He controlled a cross from Rodrigo Lopez off his chest and then smashed in a volley from the top of the box, earning a Goal of the Week nomination.

Including this weekend’s match vs. New Mexico United, there are only five matches left on the 2021 schedule for the Toros. Two of those are against New Mexico with one apiece vs. Colorado Springs Switchbacks FC, Real Monarchs SLC, and El Paso Locomotive FC. The margin for error is extremely limited for Wilmer Cabrera’s side down the stretch. As of 10/3, FiveThirtyEight has RGVFC’s playoff chances at 21%.

Jonas Fjeldberg: Named to the USL Championship Team of the Week, he started both matches and tallied one goal, one assist, six shots, and three chances created.

Carter Manley: A starter on the backline in both matches, Manley combined for 64/75 passing, six tackles, five clearances, four interceptions, one key pass, and one goal.

After defeating RGVFC last Wednesday, New Mexico went on the road to face Eastern Conference powerhouse Louisville City FC. They conceded two goals within the first 15 minutes at Lynn Family Stadium before Amando Moreno pulled one back in first-half stoppage time. Lou City’s Jimmy McLaughlin scored the insurance goal in the 3-1 away loss for NM United. While the possession (52%-48%)and total shot (11-8) totals were close in favor of Louisville, the visitors finished with only the one shot on goal compared to six from their opponent.

Tonight, they will host Hartford Athletic in another inter-conference matchup. This could be a quality opportunity for New Mexico to pick up three crucial points as Hartford only has one win in their last five matches.

Alex Tambakis: Between the RGVFC and Lou City matches last week, the Greek goalkeeper made ten saves, including some highlight-reel stops. His performance earned him USL-C Team of the Week reserve honors.

Amando Moreno: He scored the lone goal vs. Louisville City, his fifth of the season, and has 14 chances created.

Austin Yearwood: Playing in 25 matches on the New Mexico backline, the 27-year-old leads the team with 35 interceptions and has the second-most clearances (56) and aerial duels won (54). 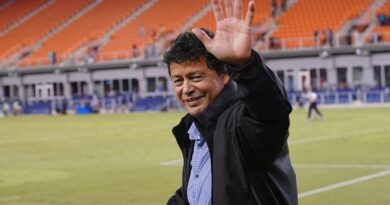 All Toros, No Bull: RGVFC’s 2021 season ends with a loss vs. San Antonio FC