We start with a Round Table of MLS talk, discussing the last two weekends of news and results. Dan drops some perspective on a few big firings and coaching moves. Harvey has a major prediction regarding the Supporters’ Shield. Rachael and Matt have some takes on where a teams might finish this season.

Then we get into the Concacaf Octagonal September window. We discuss expectations for the U.S. Men’s National team, the roster, what to expect in the first two fixtures, and why there’s no point in planning/pontificating on the third match at Honduras. Harvey’s got the down low on La Selecta. Rachael discusses the rest of the teams involved.

We end the show with USMNT Pick ‘Ems. 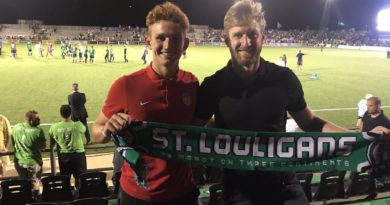