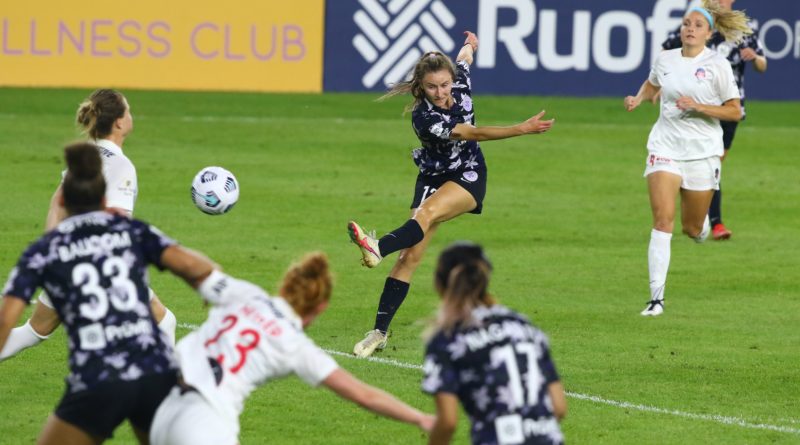 It was a night of firsts for Racing Louisville as the young expansion team beat the Washington Spirit 2-0 on Friday. The first goals of the regular season were scored, which earned the first win in club history and lifted Racing into first place in the NWSL. And in a twist straight out of a storybook, the game-winner came from none other than hometown hero Emina Ekic for her first professional goal.

.@RacingLouFC gets its first win by beating the Washington Spirit 2-0 thanks to a pair of second half goals from @emina_ekic10 & @cecekizer! @WLKY pic.twitter.com/DFHOtjChDV

The win didn’t come easy as Racing faced an offensive onslaught all night long. Forced to make a save within the first minute of the match, goalkeeper Michelle Betos went on to save a whopping ten shots by the end of the night. Betos’ standout performance along with a strong defensive showing from the backline ultimately earned Racing a third consecutive clean sheet.

All in all, Racing Louisville has a lot to be proud of in their first club win. But what does it tell us about the team moving forward?

I Get Knocked Down, But I Get Up Again

Back in April, Racing Louisville suffered a devastating 0-1 loss to the Washington Spirit during the preseason Challenge Cup tournament. Since then, USWNT members Kelley O’Hara, Andi Sullivan, and Emily Sonnett have all returned from international duty for the Spirit while Racing’s roster has barely changed.

The fact that Racing came back to win the rematch demonstrates the team’s mental fortitude. They believe they belong in the league and can be competitive now. If Racing is able to sustain this resilient mentality, they’ll fare well when encountering the inevitable setbacks and tough losses they’re sure to face in the future.

Numbers Can Be Misleading

On paper, the Spirit seemingly dominated this match with 29 shots to Racing’s 8 and 10 shots on goal to Racing’s 3. They also maintained 60% possession. 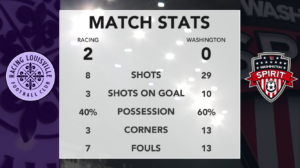 However, much of that was unproductive passing between defenders as they looked for ways to bypass Racing’s defense. Despite this statistical mismatch, the outcome proved the simplest fact in football: the number of shots on don’t matter unless they find the back of the net.

A Burgeoning Offense With Help on the Way

Offensive production has been an issue for Racing Louisville in prior games. Fantastic build-up would get the ball in the box, but once there, players would hesitate to shoot it leading to too many touches and, ultimately, many missed chances. But if Ekic and Fox continue to attack with same the confidence they showed in this match and if Kizer can continue to position herself in dangerous areas, the team may finally be turning the corner offensively. Add in the recent signing of the young English striker Ebony Salmon and Racing may become a formidable attacking presence in the league sooner rather than later.

This Team Is Fun

It doesn’t matter whether you’re a fan of Racing or not, one thing is certain: This team is fun to watch. If you don’t believe me, take it from United States Women’s National Team coach Vlatko Andonovski, who attended the match in person.

“The first thing he said was, ‘Wow, I really like watching your team play. You can tell they’re going to work. They’re committed to what you guys are doing. They’re not going to stop fighting,'” said Michelle Betos of her conversations with Andonovski after the game.

As a former two-time NWSL coach of the year, that’s no small praise from Andonovski, who knows how hard it can be for expansion teams to enter the league. While others have faltered for years before gaining their footing, Racing seems committed to achieving results now. It’s still very early days, but the fight in this team is impressive and their commitment may carry them a long way before the season is through.

Much to Celebrate, But Plenty of Work Yet to Be Done

Heading into Week Three, Racing sits at the top of the table. Although this will certainly change, there’s a lot to be proud of with this win.

“It was a big moment. It was a big release for the players,” said Coach Christy Holly after the game. “We talk about going into games with proactive confidence. Because we are so young, you can feel tentative about feeling good and believing in what you can do. You sometimes wait for good to happen in order to appreciate what they can do. This has definitely brought a belief to us.”

And although the team has much to celebrate, it’s only a small stop on a longer journey.

“We can get excited about the win, but let’s be sure to make sure that we trust the process that we are on. We don’t get to skip a step just because we won. We need to get better,” he added.

“I think we have a lot of work to do,” said Betos post-game. “We want to be better than we were today. We have a trajectory. But at the end of the day if we’re working, fighting, and defending together then that’s something to be proud of.”

Racing next faces the North Carolina Courage on May 28th in Cary, NC at 7 PM ET.

The match will be broadcast live on Twitch: https://www.twitch.tv/nwslofficial. 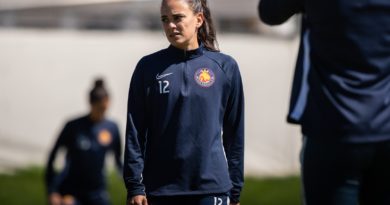 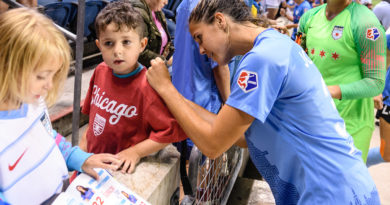 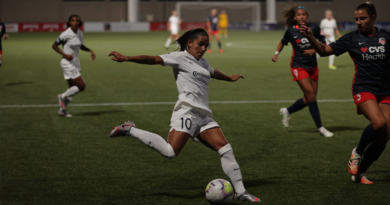