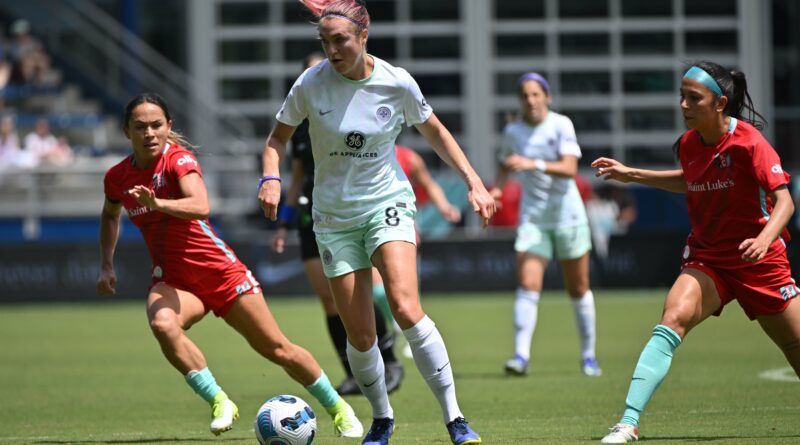 Racing Louisville fell 1-0 to the Kansas City Current on Monday afternoon. The game was ultimately decided in only the third minute when Racing newcomer Rebecca Holloway pulled down Kansas City’s Victoria Pickett to earn a penalty. Lo’eau LaBonta stepped up to promptly convert it and Kansas City went up 1-0 early. Although Racing would have several very good chances in the first half – including a strike from Lauren Milliet that just went inches wide of the goal in the 18th minute – they couldn’t get past that first mistake that cost them the penalty.

In a way, this was something of a fall back to earth for Racing. They’d been riding high on a four-game unbeaten streak (2W, 2D) that included the club’s first-ever consecutive wins. They’ve been connecting well and building good chemistry. Look no further than the beautiful team goal they scored against Gotham last match for a prime example of this. The Racing who put on that strong performance was visible in fits and starts on Monday but just couldn’t find the consistency they’ve had previously.

Captain Gemma Bonner said the team played very well at moments in the first half. The issue was finding a sense of urgency and finishing the chances they created. At times they moved the ball very well, but in the second half, they were often unable to break through and move the ball forward consistently. It’s all part of the learning process, according to Bonner.

“I think you see game-to-game that we’re creating so many chances and that’s due to the high pressing and the effort and the hard work we’re putting in as a team. But I think with the amount of chance we’re creating, we’ve got to start putting more of them away. Because we’re getting into some great positions. But whether it’s the final decision, the final shot, cross, whatever it is, ultimately it’s what makes the difference. We have to make sure we’re punishing teams when we get into those positions.”

In a somewhat ironic twist of fate, Racing had the higher xG (1.15 to the Current’s 1.01) and better offensive stats by quite a wide margin this match. They had 60% possession, 7 shots to the Current’s 4, better passing accuracy (74% to 63%), and 2 big chances when the Current had none. In fact, they had significantly more chances overall with 5 to Kansas City’s two.

In other words, Racing looks like they should have had the edge, but statistics without context don’t always tell the clearest story. For example, look at the 60% possession. It was only towards the end of the first half that Racing got the upper hand in possession. Then, in the second half, Kansas City bunkered down while Racing moved the ball back-and-forth along the backline trying to figure out how to break through the Current’s press. And they didn’t do a great job of it, either. Racing only managed a single shot in the second half, but they did end up with 66% possession.

Kansas City was just also just better defensively. They only had one more tackle than Racing (10 versus 9), but they won 8 of them while Racing only won 3. They also edged Racing out on interceptions. None of this should be too surprising considering Racing gave up an early goal. Kansas City went ahead early, fought hard to stay on top, and it worked.

After flying high for the first four games a loss like this may feel like a major regression to some fans. One bad game, however, shouldn’t be any cause for alarm. Once you become used to winning – or at least, not losing – losses sting a lot more than they used to.

No matter how you slice it, the team was off. Emily Fox looked simply human instead of superhuman. The midfield wasn’t connecting with forwards very well. Ball movement was subpar and there were too many turnovers. It’s fair to say that the team may have been off in part because of the freak accident that took place the day before. Sunday’s pre-practice was canceled after backup keeper Jordyn Bloomer was injured by a falling goal during a walkthrough. This is an awful incident and there’s no doubt it rattled the team, but the bottom line is they ultimately just didn’t play that well.

Last week, we talked a lot about how teams create their own luck. The same thing applies here. Racing didn’t win this match because they were unlucky their chances didn’t go in. They didn’t win because they weren’t connecting well. Kansas City wasn’t lucky that they scored a penalty. They drove hard enough to earn one and then held on with everything they had. And this is all part of growing as a team. Last year, Racing was a baby expansion team. This year, they’re still a bit of a gawky adolescent and will have moments of teenage angst that rattle them from time to time. There’s no doubt this is a more complete and more connected team than they were last year. Racing has what it takes to win – as they’ve shown already – they just need to find that consistency.

Racing has a good chance to show their growth on Saturday when they take on the North Carolina Courage. The Courage is another team stuck at the bottom of the standings hungry for a first win. If Racing can get a good result here, it’ll show the team is capable of learning from their mistakes and it’ll go a long way toward demonstrating their growing maturity. 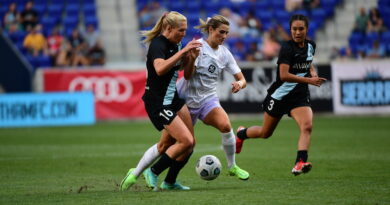