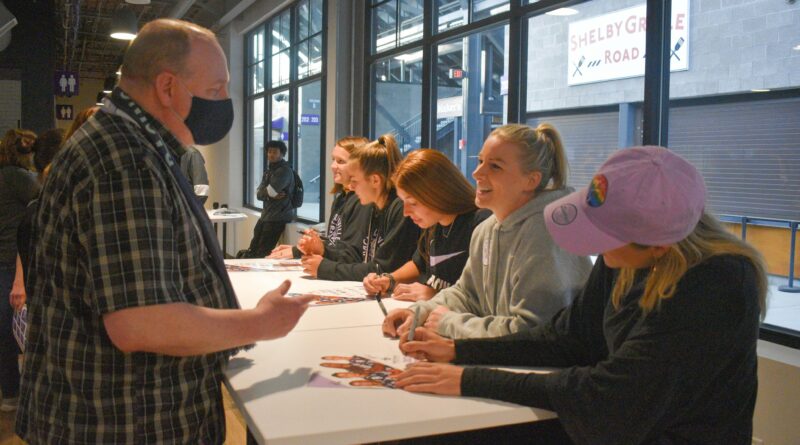 Last night, Racing Louisville hosted their first-ever player meet and greet for season ticket holders. Over 100 supporters came to the Fifth Third Club in Lynn Family Stadium to participate in the event. They were treated to an hour-long question and answer panel hosted by Jeff Greer and also had the chance to get autographs and photos with Racing players.

The players in attendance – midfielders Lauren Milliet and Freja Olofsson; defenders Nealy Martin and Gemma Bonner; goalkeeper Jordyn Bloomer – mostly kept conversation light-hearted with talk of rivalries, cicada swarms, and even a Coach Kim Björkegren impression. The players also broached serious topics such as the importance of mental health support and staying focused on the pitch.

The camaraderie between teammates was on full display all night. Players kept the crowd entertained with light jokes at each other’s expense and funny anecdotes about the club. Every player said they’ve never been part of a team this close-knit before. Talking to friends on other teams, they realize that such tight bonds amongst teammates aren’t necessarily the norm.

They also expressed gratitude for how supported they feel by the club. Bloomer emphasized the mental health support provided in the form of a sports psychologist. As a rookie, she said the transition from college to the professional level is harder than many realize. Having a club that provides solid resources and support has made that change manageable. Martin pointed to their cafeteria as a major positive. Players get two meals a day every day which not only saves money, it helps them eat healthily. This is an extremely rare benefit in the NWSL.

Said Bonner, “We realize as players our staff is really keen to support us.”

This event was even more special because it was the first of its kind for Racing. With the Covid pandemic limiting contact during its inaugural season last year, public appearances like this weren’t possible. Although fans still wore masks while getting autographs, restrictions have lifted enough for meet-and-greets like this to move forward. Fans and players alike said they were grateful to have the opportunity to meet in person.

“I enjoyed getting to know the players in a non-soccer context,” said attendee Kaitlyn Whiteside. “We know plenty about what they’re like on the field, but not necessarily off of it. Attending events like this really just makes me want to be an even bigger advocate for the team. To get to know them better on a human level and hear how much they love being on Racing makes me want to support them even more.”

Interactions with fans are also important to the players, said Bonner. Last year’s Covid restrictions were tough on everyone, but now they’re hoping to get out into the community more often.

“We want to be interacting as much as possible because we see how much value it has and for us,” said Bonner. “We’ll all give as much time as we have back to the fans ’cause we see the importance of it.”

Attendee Shannon Siders said that this willingness to participate in public events is not the norm for many teams. “I’ve been in awe of Racing’s dedication to the community since day one and it made me feel proud as a fan that our players are enjoying making Louisville a home away from home. I previously worked in the sports industry and I know it can feel like pulling teeth to get team members to participate in events like these. The fact that we have five players in attendance including a captain and regular starters showed that giving appreciation to the fans and the larger community is a priority for this club.”

Bonner said there are no such issues with Racing. If the club asks for five participants in a community event, “twenty hands will go up.”

“I think the players definitely realize and appreciate the amount of support and love that we feel and so events like this. I think everyone wants to be first to put their hands up and come and give something back.”

The players’ readiness to give back is the direct result of how well the players have felt supported by their community. Players have long talked about how quickly and strongly they’ve been embraced by Louisvillians and how important that support is to them. Last night was no different.

Midfielder Milliet said coming here has taught her the value of being in “a place that feels like home.” Although she enjoyed support in previous clubs she’s played, she said she’s never been part of such a close-knit, welcoming community before. Other players quickly echoed her sentiment. Olofsson said she’d never seen this level of support when playing in Sweden and captain Gemma Bonner joked that her dad thinks she has friends all over the city now after seeing how often she was greeted in public during his recent visit.

In particular, players mentioned the welcome baskets they received each year from the supporters’ groups as something they haven’t seen happen elsewhere. Goalkeeper Jordyn Bloomer exclaimed, “I’m brand new here and I’ve never felt more welcomed by a club!”

“I think you could see from the answers and how everyone spoke tonight how appreciative and grateful we are to have such amazing supporters,” said Bonner after the event.

“It can be so difficult for players,” she continued, discussing the transition into a new environment and a new club. “We have such a young team and moving away from family, moving away from home at such an early age, and having to make the transition for a lot of players from the college to the professional league – it’s challenging.”

That transition is manageable when they have a club and fan community that has their backs.

“You give us so much and we really feel it when we’re out on the field,” continued Bonner. “You really give us that support and then we want to also give that back.”

Bonner told the crowd she believes that they’re building something special in Louisville – fans, club, and players alike. After such an enjoyable, welcoming evening, it’s clear that’s happening both on and off the pitch. 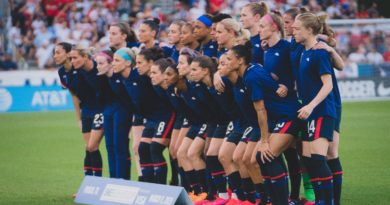 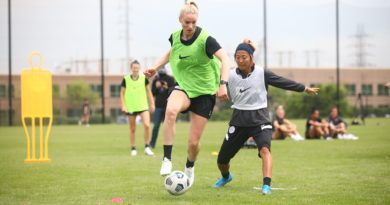 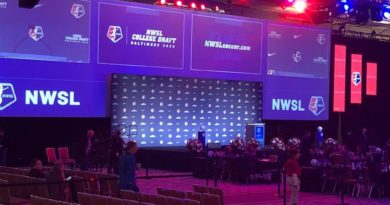