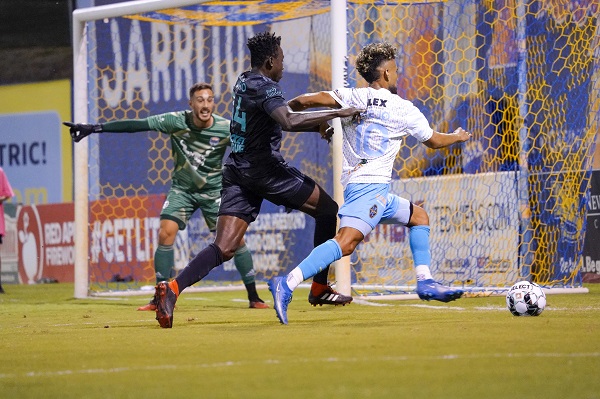 Despite scoring first, Las Vegas Lights FC went on to lose 4-1 vs. San Diego Loyal SC. It was the tenth consecutive defeat for the LAFC affiliate.

Danny Trejo: He scored his first professional goal and finished with four total shots plus a chance created.

Julian Vazquez: Coming off the bench in the second half, Vazquez was an immediate spark, assisting on Cal Jennings’ goal and forced a save on a shot of his own.

Cal Jennings: He pulled a goal back for the Lights in the second half with a lovely header over the San Diego keeper. He added three key passes.

You Play, We Don’t: Hugh Roberts