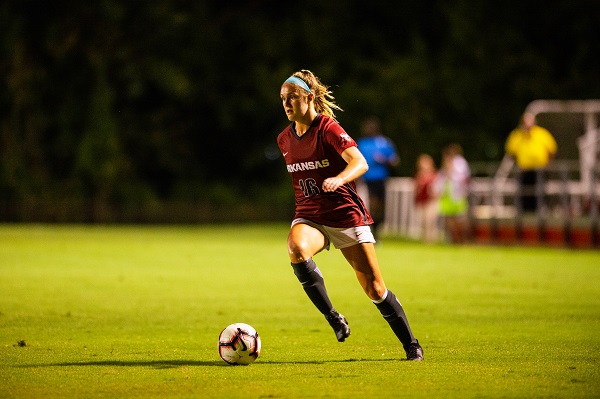 When you think of Cincinnati, Ohio, you might think of Pete Rose, the Bengals, or Skyline Chili. But, the city on the Ohio River has also produced some elite soccer talent with players like Heather Mitts, Rose Lavelle, Aubrey Bledsoe, and others calling Cincy home. The next big soccer star from the Queen City could be Arkansas Razorbacks sophomore Anna Podojil. “Cincinnati has produced some great players, including Rose [Lavelle]. It’s been great to watch these players excel throughout high school, college, the USWNT and the professional leagues,” Podojil told BGN. “To see their success has given me motivation and confidence to do the same. I hope I can do the same for the younger players coming up behind me.”

Podojil is certainly on her way to soccer stardom. After an accolade-filled high school career at Indian Hill HS, Anna burst onto the scene in the SEC last season. She scored 14 goals (including five match-winners) and added seven assists for the Razorbacks, picking up SEC Freshman of the Year, All-SEC first team, and All-American third team honors. “Going into my freshman year I couldn’t really say I had any individual expectations. I knew I wanted to make an impact on the team right away and help the team win an SEC championship,” she said. “The transition from club to college soccer was challenging, but I think coming in with a hard work ethic, attacking mindset and natural speed was an advantage for me, especially being in the SEC.”

“I really have to credit my teammates and coaches for all the individual success as well. Playing alongside some of the best and most competitive players in the country every day helps anyone bring out their best game.”

Arkansas came up short in the SEC Tournament Final before winning their first NCAA Tournament game over North Texas. But, the Razorbacks were bounced in the second round by North Carolina State. “Our tournament run didn’t turn out as we wanted last season, but this year is a new opportunity to prove ourselves and perform even better,” Podojil explained. “I think everyone is just excited to get the chance to play this season considering everything going on. We are extremely lucky to get eight competitive conference games and the chance to win an SEC title. I believe we have the talent and depth this year to do something special. We have one of the best defenses in the country and a very dynamic midfield and forward line.”

Rather than resting on her laurels of a historic freshman season, Podojil put in some major work in the offseason to avoid a sophomore slump. She said, “Following my first season, I had the opportunity to join the Razorback Track & Field team which took up a portion of my offseason. I felt like I was in the best shape of my life and was continuing to get faster.”

“Over quarantine, I tried to focus on technical work with the ball because I didn’t have many opportunities to play. I’ve continued to work on ways to be as dynamic as possible on both sides of the ball and with my scoring abilities.”

The good news for Arkansas fans is that Anna won’t be the only Podojil on the roster this season. Ellie Podojil, Anna’s younger sister, is a freshman with the Razorbacks and has started both matches so far. “I am super excited to get the chance to play with Ellie this season. It has been a childhood dream of ours to play for the Razorbacks and it’s cool to finally be living out that dream,” the elder Podojil sister said. “It was weird not having her on the field with me last year after playing alongside each other for so long, but I’m happy to have her back on the field with me. I think she is going to play a major role this season.”

“If I could give her advice as she begins her collegiate career it would be to trust the training process and enjoy every opportunity.”

That next opportunity for the Razorbacks will come on Sunday when they host #5 Texas A&M. Kickoff is set for 2 PM CT and the match will be live on the SEC Network. If you’re tuning in to the match back in her native Cincinnati, you can enjoy Anna’s go-to order at Skyline of two cheese coneys with onions and mustard while she represents the ‘Nati vs. the Aggies. 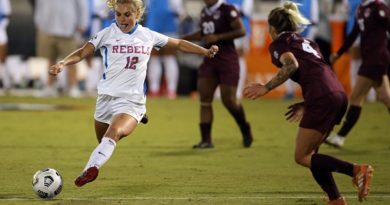 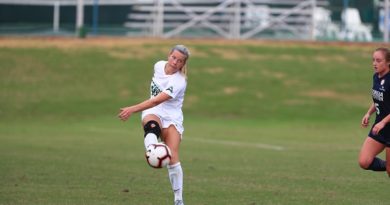 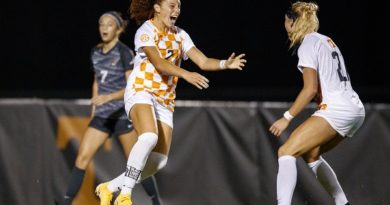