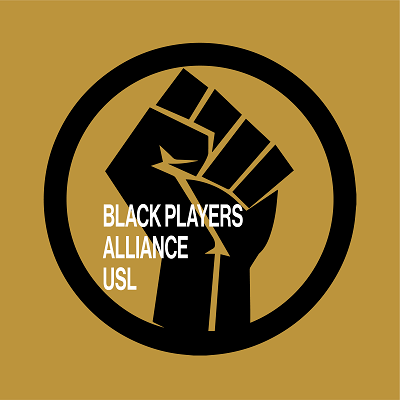 The Beautiful Game Network continues the dialogue with the newly-announced Black Players Alliance of the USL, we heard from USLBPA members Tyler David of Union Omaha, Peabo Doue of Loudoun United, Devante Dubose of Richmond Kickers, Brandon Miller and Hugh Roberts of Charlotte Independence about how the USL has handled the fight for racial equality so far and what they would like to see the league follow through on beyond statements of support.

The Beautiful Game Network: How do you think USL HQ (Championship + League One) has handled everything so far when it comes to the mission for racial equality with statements and support of Black Lives Matter?

Tyler David: Statements are a logistical part of what the league is required to do. But yes, I think the league could do more as far as pushing the boundary of comfortability amongst its owners, players, coaches, and fans. I would like to see the league be more proactive in its acknowledgment and awareness of what is happening with its players, and in its communities.

Peabo Doue: I mean, in regards to statements and boycotts, the league has acknowledged our voices. They’ve been open to our input. Right now, we are in the process of action, so hopefully, they will continue to support us as we create these league-wide initiatives.

Devante Dubose: The league has taken this movement with stride. They have been responsive since the beginning and the league continues to support us. Will there be more challenges through this? Yes, but challenges are necessary. More sacrifice is necessary in order to build the most stable bridge. As long as the league and the USLBPA continue to put the same level of effort and respect in achieving equality, the future is looking brighter than before.

Brandon Miller: The league has been supportive of our group, which is much appreciated. They have done a lot to make sure we, as players, are able to use our platforms to protest in a manner that we see most impactful. You see the 15 seconds before every game where guys can show a unified front by kneeling in protest. In terms of action beyond symbolic gestures, I don’t have an answer for you, but I look forward to meeting with league officials and discussing this very topic. There are certain clubs that have taken steps to start programs that can have a lasting impact (see New Mexico United) and that is something we would like to see league-wide.

Hugh Roberts: The league has done the correct steps in showing their support for us and the players the majority of the season which has been nice and needed. Now, I want actual change. We plan to have a meeting with the commissioner soon to try and implement that change, but I think the league can be ahead of the curve and hire more blacks for example. It’s lacking everywhere.

BGN: Going beyond the statements and the support, what would you like to see the league and clubs do to help the cause?

David: I would like to see the league and its owners step up. The owners of the league have more power amongst the communities the teams serve than any player could hope to have, and I think the league and the owners could do a much better job of working together to create discussions, demonstrations, and provide assistance in their perspective communities.

Doue: Ultimately, we need more representation at all levels of this league. We also need to create programs that will consistently invest and impact our communities.

Dubose: So far, the league has backed the USLPBA in getting our message across to many viewers and supporters. In a time like now, where the Black Lives Matter movement has been at the center of 2020 along with the pandemic, it is natural to take immediate action just like they have to keep our players safe from Covid-19, and so far as a collective, we have been successful. So, with that being said,it is imperative to maintain this momentum by strengthening communication between the USLPA and USLBPA, and even further, the league and clubs have to ensure a long term commitment to being more inclusive when it comes to a job opportunity, pathways to exposing the youth to more soccer in unrepresented areas, and engaging the community more often.

Miller: We have quite a few goals with this group, a number of them are more specific to the league and the individual clubs. We want to see more diverse representation amongst technical staff, front office staff, and in power positions within the league office. We want to see equitable representation amongst candidates during the hiring process at every level, whether it be stadium security, team general manager, or league president. Transparency and equal opportunities are the start. We also want to see individual clubs and the league commit to creating programs that consistently and significantly invest in underserved communities. These may not be the communities that bring the most revenue, but as USL players and clubs, these are the communities that we represent.

Roberts: People need to get out of their comfort zones and have a simple conversation with someone who doesn’t look like you. Donations feel good, but then you go back to your normal life with the same views saying you helped. Reposts show fake love. The only true growth will be from changing your mindset. Getting out of your bubble will show you similarities and the struggles others go through just to survive, creating empathy, which is the biggest thing missing right now. Clubs need to do more than statements. Each club has the potential to give back to the community and show their players that they’re there for them. Actions speak louder. We need opportunities in the front offices. 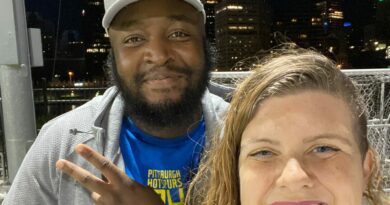 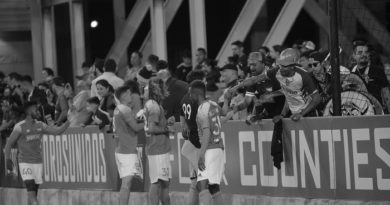 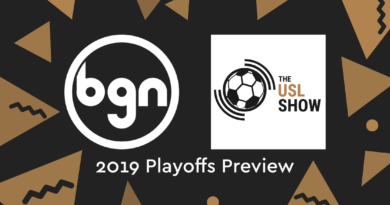