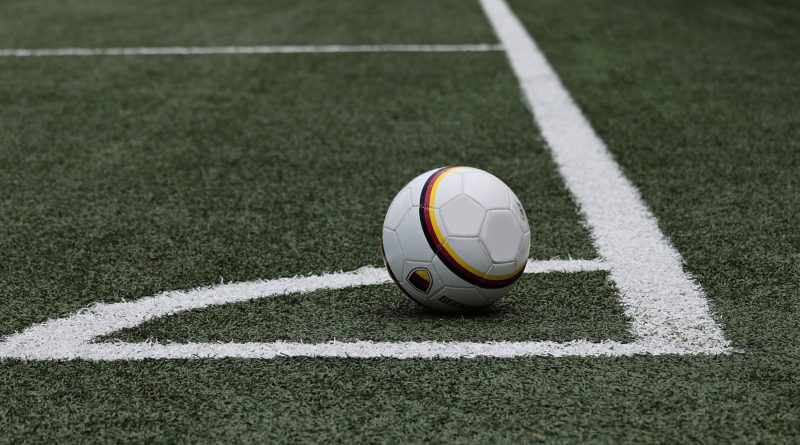 We’re now less than two weeks away from the start of UEFA Euro 2020.  In case you missed it, I wrapped up last week talking about the top 10 defenders we’ll be seeing at this summer’s tournament.

This week, I kickoff my coverage talking about a wide range of players with very specific skill sets.  How hard these players work on either side of the ball for their teams sometimes can’t be quantified by looking at a box score.

This list will feature a variety of playmaking midfielders whose best attributes aren’t their scoring prowess.  Whether it be a box-to-box defensive midfielder or a player racking up assists further up the field, these players will be depended upon to be the engine of their respective teams.

Here’s who I think makes the cut:

While many people may be shocked, even angered, to find Çalhanoglu on this list ahead of someone like a Paul Pogba or a Luka Modric, I would argue that the numbers speak for themselves.  Near the back-end of his prime at age 27, Çalhanoglu has been a key part of Milan’s steady improvement the past few seasons, leading to this year’s second place finish in Serie A and a return to the UEFA Champions League next season.  Traditionally playing on the left wing, Çalhanoglu was second among all players across the Big 5 leagues in Europe with 174 Shot-Creating Actions and finished in the top 20 in Goal-Creating Actions (Offensive actions that directly led to a goal).  He finished with nine assists for the second consecutive season, which is the second-best total of his career.  Çalhanoglu may not be the best shot in the world, but he’s always been at the heart of the offense for whatever club he plays for.  For Turkey to be successful this summer, he’ll have to be at his best.

An unsung hero for his work as a defensive, possession-based midfielder, Verratti has won a league title in eight of his 11 seasons as a professional.  The Italian’s best skill is his passing, as he finished in the top 10 for midfielders with a near 92 percent completion percentage.  Excellent at putting pressure on his opponents in the middle of the field, Verratti’s main drawback over the years has been his health.  He’s made only 31 league starts over the past two seasons for PSG due to a myriad of injuries as well as testing positive for COVID-19 in April.  He’s currently suffering from a MCL sprain that has already ruled him out for Italy’s opener vs. Turkey and possibly the group stage.  The fact he remains in contention for a roster spot proves not only how a great a player he is, but how much Italy need him in order to facilitate a run.

Coming off of a few down years by his standards, Kroos finished with double-digit league assists (10) for the fourth time in his career and was one of 27 players across the Big 5 leagues in Europe to hit that mark this season.  The German midfielder is huge on set pieces and his passing ability was on full display during the first leg of Madrid’s UCL quarterfinal matchup vs. Liverpool this season.  At age 31, Kroos isn’t the overall force of nature he used to be, but he’s still capable of bossing a game from his position.  He’s currently in quarantine after testing positive for COVID-19 a few weeks ago, but he’s fully expected to be at Euro 2020.  When he arrives, he’ll be a part of a German team looking for redemption after their embarrassing display at the 2018 FIFA World Cup.

Another one of Germany’s elder statesmen, Müller has earned a recall to the national team due to the work he’s put in the past few seasons with Bayern.  Having gone four consecutive seasons without reaching the double-digit goal mark in the Bundesliga, Müller managed to finish with 11 goals this season, but that wasn’t even his most impressive tally.  After finishing last season tied with Lionel Messi in first place with 21 assists, Müller followed that up with 19 this year, which earned him sole possession of first place among players of the Big 5 leagues in Europe.  A part of nine straight Bundesliga titles with Bayern, Müller makes up for his waning athleticism with his intelligence and ability to make the right decision.  A lot of Germany’s young players are coming off of tough seasons, so it’ll be up to guys like Müller to install confidence in the team by continuing to play at a high level.

One of three players to finish in the top 15 in goals and assists in Europe’s Big 5 leagues, Depay has come a long way since his underwhelming tenure at Manchester United.  His 20 goals for Lyon in Ligue 1 this season was the second highest total of his career while his 12 assists were a career high.  That latter total is the main reason why he’s on this list, as well as the fact that he was second with 29 GCA and fourth with 167 SCA.  At age 27, Depay is still very quick and a great dribbler, highlighted by the 96 players he dribbled past this season.  You can’t count on him to help on defense, but he will tirelessly press opposing defenses up top.  The Dutch are back after missing out on Euro 2016, and while they boast a ton of talent, Depay might be their most exciting player.

While he began his career as a right-back, Kimmich has transitioned into becoming a defensive midfielder of sorts for both club and country these past few seasons.  A great passer in his own right, Kimmich finished alongside his fellow German teammates on this list with double-digit assists this season (10).  His 117 SCA placed him inside the top 30 amongst Europe’s best this season as he is involved with several aspects of Bayern’s offense.  On the defensive side, Kimmich has retained his outside-back skills of sticking with defenders and reading the passing lanes.  At age 26, he’ll be one of the players who will shoulder the most responsibility when Germany begins group play.

While we know Fernandes would be number one if this was a Penalty Kick Takers list (I kid!  I kid!), don’t let that distract you from how great of a player he is.  Many wondered if Fernandes would be able to replicate the success he had in his inaugural half season with United over a full year and boy did he come through.  His 18 goals was the third best tally in the EPL, and his 12 assists was tied for fifth best in Europe.  Playing just behind the main striker, Fernandes is at his most dangerous as a play-maker.  He finished in the top 5 in GCA and SCA this season, and when he wasn’t the one running the show for United, he was putting the ball into the back of net.  When it came to the accuracy of his passes when it mattered most, his 96 completed passes in the 18-yard box was the fifth best total in Europe.  Fernandes wasn’t a part of the Portugal team that won Euro 2016, but he will make them an even more dangerous side as they seek to repeat as champions.

While there is a lot of promising, young, attacking talent on the English national team, Sancho is head and shoulders above everyone from a play-making perspective.  A year after he finished with 17 league goals and 16 assists for Borussia Dortmund, Sancho finished with just eight goals and 11 assists this season.  His shooting accuracy went way down this year, but his passing ability remained elite.  He finished eleventh in Europe’s Big 5 leagues with 22 GCA while his 82 passes completed into the 18-yard box placed him in the top 10.  Still only 21-years-old, Sancho’s game-changing speed makes him a nightmare for opposing defenders to stay in front of him.  It was a dynamic that was lacking in the English national team for a while, but now he’s the leader of a great group of fast athletes.  England are considered one of the favorites to win Euro 2020, but in order to do so, they’ll need Sancho to continue to perform at a high level under the spotlight.

As the saying goes, “2/3 of the Earth is covered by water, the rest is covered by N’Golo Kanté.”  Having now won a World Cup with France, a UCL trophy with Chelsea, and a league title back-to-back seasons with two different EPL clubs, the Euros are really the only thing left for Kanté to conquer.  From his humble beginnings to his baby face smile, there’s a lot to love about Kanté, unless you are playing against him.  While he’ll never wow you with his offensive abilities, Kanté’s knack for taking the ball away from his opponents and breaking up play in the midfield is unequivocally the best in the world.  It’s not even really about speed at times, it’s his ability to time his tackles from sometimes impossible angles to interrupt play in the defensive half and begin an offensive movement for his team.  The only knock against him is he’s taken too many knocks the past few seasons, and when he’s not on the field, the play of his teams noticeably falls off a cliff.  However, after being named Man of the Match in the UCL final this past weekend, Kanté is firing on all cylinders as he prepares to help France right the wrong of their 2016 loss.

Despite the fact that facial fracture he picked up in the UCL final might cause him to miss Belgium’s first match, De Bruyne is still well deserving of claiming the number one spot on this list.  Coming off of his EPL Player of the Year season where he scored 13 goals and added a record-tying 20 assists, the Belgian midfielder recorded double-digit assists (12) for the seventh time in his career despite missing a number of league games due to injury.  His 79 passes completed into the 18-yard box was the third best mark in the EPL behind only Trent Alexander-Arnold and Fernandes.  He was also one of only three EPL players to finish in the top 20 in both GCA and SCA.  De Bruyne typically floats behind City’s front three, picking up the ball when he can and instantly look to make the pass that will unlock the defense.  His service from open play or on set pieces is arguably the best in the world, while he’s also a danger to convert the chance himself.  You would be hard pressed to find many goals scored by either City or Belgium over the years that De Bruyne didn’t have a hand in creating.  De Bruyne is a part of Belgium’s “Golden Generation” that came just a win away from making the final at the 2018 World Cup and a couple wins away from the Euro 2016 final.  They’ll be looking to put it all together this time around, and because they have De Bruyne, there’s a good chance they’ll do it.

I’m extremely excited for the level of talent at these positions that will be on display at Euro 2020.  We’ll see just how accurate this list ends up being.  For more of my soccer coverage, check out “Atletico TV” on Facebook and the “Gateway to Soccer Show” on YouTube. 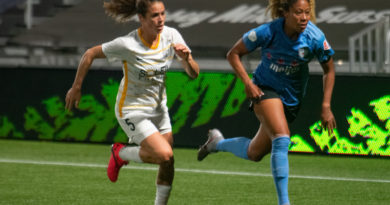 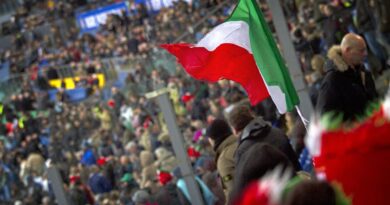