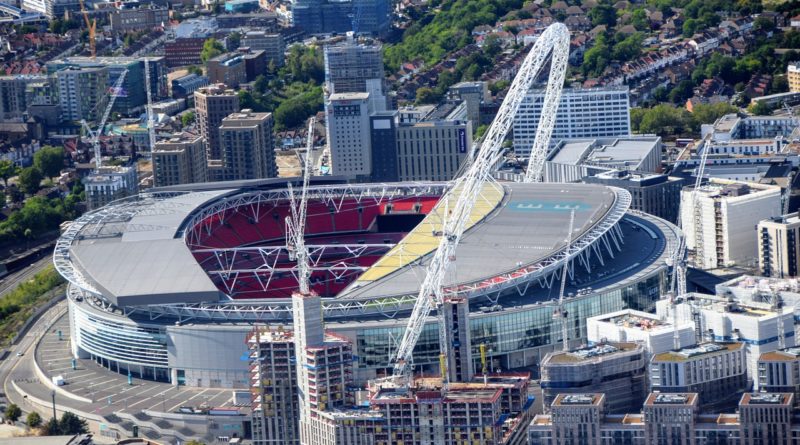 And then there were two.

After weeks of grueling action, heart-stopping moments, and the ever-shifting range of emotions felt by each nation’s supporters, we have the two teams set to compete in the UEFA Euro 2020 final.

Both semifinals were close, intense affairs that required extra time to determine a victor.  With the eyes of the world on Wembley Stadium over the past few days, here’s how the penultimate stage of this tournament played out:

A rematch of the 2012 Euro final, Spain’s possession-based style seemed to have Italy flustered throughout the first half.  They almost opened the scoring in the 25th minute when, after his initial shot was blocked, Dani Olmo’s follow-up from close range was saved by a diving Gianluigi Donnarumma.

Neither side were able to put another shot on target, although Emerson came close to scoring for Italy just before halftime from a tight angle on left side, but his shot rang high off the post.

In the second half, after a few chances by either team, Italy struck on the hour mark when they successfully broke on a counterattack and winger Federico Chiesa picked up a loose ball outside the box on the left.  He entered the box and got the ball on his right foot before letting loose a perfectly curled shot into the right side of the net.

After Domenico Berardi had a couple shots saved by goalkeeper Unai Simón, Spain equalized in the 80th minute after a flurry of passes sprang substitute Álvaro Morata up the middle and into the box.  Despite his struggles in front of net, the striker was able to finish off the chance by coolly sliding the ball into the bottom left corner.

Spain were the more dangerous side in the first period of extra time, with Olmo almost catching Donnarumma by surprise with a low drive on a free kick, but the goalkeeper got down just in time to make the save before Morata’s follow-up was blocked.  Neither side recorded a shot on target in the second period, which sent the match to a penalty shootout.

Both sides failed to convert their first penalty attempt, with Italy’s Manuel Locatelli seeing his shot saved by Simón down to his right while Olmo absolutely skied his shot over the bar.

After a series of successful conversions from both teams, Morata went from hero to scapegoat after his shot was saved in the bottom right corner by Donnarumma.  Jorginho would step up with his trademark style to score his attempt and send Italy to the final.

This is Italy’s fourth appearance in a Euro final, having only won it all once before in 1968.

Spurred on by playing at Wembley, England started the match well with Raheem Sterling almost opening the scoring in the 13th minute, but his shot lacked the power to beat goalkeeper Kasper Schmeichel from inside the box.

Denmark would grow into the match and were gifted a free kick by England just outside the right side of the box in the 30th minute.  21-year-old Mikkel Damsgaard got everything behind his shot which beat goalkeeper Jordan Pickford to the roof of the net on the left side.

England would come up with an equalizer within the next 10 minutes when Bukayo Saka was played in on the right side of the box and squared the ball towards Sterling in the middle.  Denmark captain Simon Kjær would get in the way but would end up knocking the ball into his own net.

The best chance in the second half came early in the 55th minute when England’s Harry Maguire rose up to meet a free kick from the right flank, but his header towards the bottom left corner was stopped at the last second by a diving Schmeichel.  Both sides had other chances but were unable to break the deadlock in regulation.

Mounting pressure by England from the jump eventually led to the decisive moment of the match.  Sterling went down on the right side of the box, but the referee judged that enough contact occurred to warrant awarding England a penalty kick.

Harry Kane’s attempt was initially saved by Schmeichel going to his left, but the rebound fell kindly to the striker who smashed it into the open net.  Denmark would push for an equalizer during the second period of extra time, but a slightly wide attempt by Martin Braithwaite was the best they could do.

England advance to their first final at a major tournament since their win at the 1966 World Cup and their first Euro final in their nation’s history. 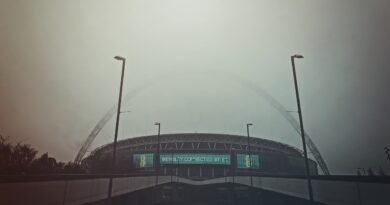 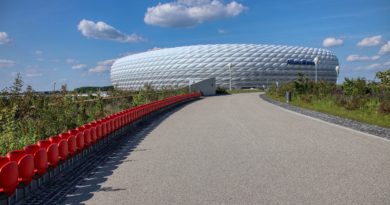 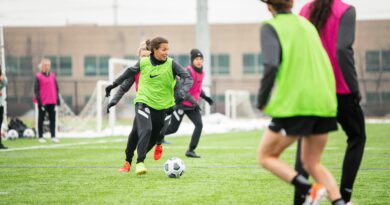