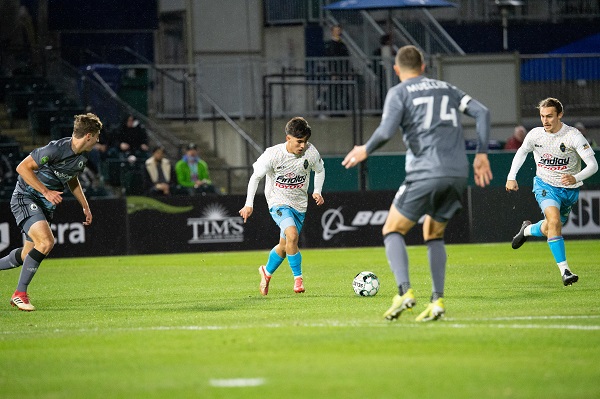 For the first time since late-July, Las Vegas Lights FC have won a match in the USL Championship. They snapped a 13-match winless streak with a 1-0 victory vs. Tacoma Defiance.

One goal scored, zero goals conceded. As I’ve mentioned in past recaps, sometimes, it simply comes down to one club scoring while the other doesn’t. Tacoma held the edge in possession and nearly doubled Las Vegas in shots, but it was only the Lights that could find the net and they ended their lengthy stretch without a win.

Bruce El-Mesmari: The 19-year-old scored the lone goal last night for Lights FC, his first tally of the season.

Alex Rando: Already the league leader in saves, Rando added six more to his total and picked up a clean sheet on the road.

Cal Jennings: His header provided the assist on El-Mesmari’s goal and he added four shots of his own.

Las Vegas Lights FC will face a tall task when trying to make this a winning streak as they host Phoenix Rising FC on Saturday afternoon. Rising FC, who lead the USL Championship in points, were defeated last night by Orange County SC.

Serie A begins this Weekend!