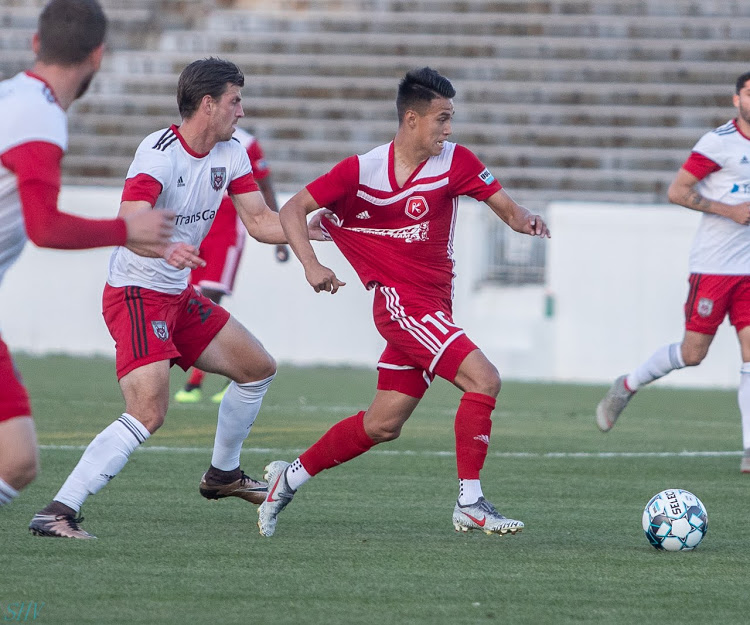 After a three-match skid, the Richmond Kickers traveled to Tucson, AZ returning with a road point and half of the final answer.

We’ve been here before. Giving up three goals, then following that up with a clean sheet. That was back in mid-April and the start of the Richmond Kickers best run of the season. Following those two performances, Bulow’s men returned home to City Stadium to host the Chattanooga Red Wolves. Sound familiar?

Richmond picked up ten of their eleven points on the season during that stretch and not surprisingly, it was when the defense was playing at its best. Currently, the Kickers are not a team to win matches 4-3. With this roster and style, they are built to win 1 or 2-0, controlling the match. Saturday offers Richmond the chance to repeat history and jump-start their season.

Last Saturday brought back the level of defense Richmond had found earlier in the season, before giving up 11 goals in the previous three matches. The clean sheet against FC Tucson was the Kickers fifth of the season (from 11 matches). Fitzgerald, Lockaby, Shanosky, Ackwei, and Thomsen have been that defensive foundation for the majority of those minutes. Keita and Magalhaes each made one appearance at center back and Bolduc filled in for one match at right-back while Lockaby was hurt.

Outside of injuries, that back five should retain their starting roles while the other half of the pitch figures out its identity. Building their chemistry, they offer the Kickers the best option to limit the opponents’ chances while also building play forward. Keita may eventually work his way into a starting spot, but that should be after a few weeks back from the U-20 World Cup. Richmond has a keeper worthy of end of year awards. The issues are farther forward now, don’t overthink the defense. Keep this backline.

While the defense appears figured out at the moment, that definitely wasn’t the offensive lineup that is going to turn around Richmond’s season. Just two shots on target, both in the first half. Seven successful dribbles from 90 minutes. The idea to move Gallardo to the left wing was probably an attempt to give him more space to run into. The result was removing Gallardo from much of the match.

Chin got the nod up top again and it ended with roughly the same results we’ve seen throughout the season. He ended his night with no shots on or off target and created just one chance for a teammate. That is now just four shots total from nine matches this season. Chin may be doing the role that Coach Bulow is asking of him in that forward position, but it’s not leading to the goals or the quality chances that Richmond need.

Gallardo has to move back to the #10 role. Bolduc is listed as day-to-day and hopefully will return to the left attacking wing against Chattanooga on Saturday. As stated in the last article, it’s time to give Charles Boateng (who didn’t even make the 18 last week) another shot up top.

3) Diversify the offense to entertain the home crowd

Now the goal for the team, or really any team, should not be ‘entertain first’. The Kickers are there to win. However, if we are being honest, in USL League One or USL Championship, a decent amount of the home crowd is made up of families and individuals of varying level of soccer interest. The die-hards can appreciate formation, tactics and even a 0-0 draw. But most want to see entertaining soccer.

Coach Bulow’s system is designed for that—it’s just still in progress towards its final form. Possessing the ball, pushing the fullbacks forward to create overlaps, sending in crosses, quick interchange in the middle of the field, etc. All of this should lead to Richmond maintaining the majority of the possession, generating lots of opportunities, and scoring several goals each match. So until the perfect front four can be found and their chemistry figured out, utilize the dynamic players to test the opponents in multiple ways. Early crosses to front post runs, quick shots from the top of the box, and Maxi occasionally playing the ball over the top to a speedy forward.

Last Time Out: 2-2 draw at home against Toronto FC II.

Much like the Kickers, Chattanooga come into the match hoping to rediscover a lost winning formula. The Red Wolves have yet to pick up a win on the road, including their 1-0 loss to Richmond earlier this season. Steven Beattie and Éamon Zayed remain danger men since the two sides last met, but Vangjel Zguro has quickly become a key player to watch for Chattanooga. He leads the team in assists and is second in chances created, 12.

Chattanooga’s last match against South Georgia Tormenta FC was postponed due to weather. Meaning the Red Wolves will have had two weeks off heading into their trip to Richmond this weekend. Here is a look at the highlights from their last match against Toronto FC II. 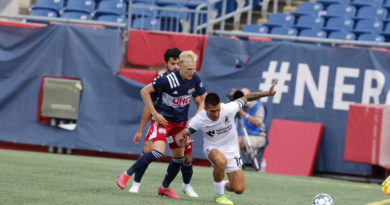