The Riverhounds just kept dropping one surprise after another this week.  First it was the announcement that Robbie Mertz (?!?) rejoined the team from Atlanta, then it was going down 1-0 to Hartford who had an XG of 0.03 all game (that’s not a typo), only to battle back with a top corner rip from Shane Wiedt?!?  Yea, it was a crazy week for sure.  We discuss it all, including:

And much more!  We add a surprise or two of our own in the mix, you’ll have to listen/watch to catch them.

Be part of the show in real time (notice how we put comments on the screen and talk about them during the show?) by following us on Youtube! That way you’ll be alerted about the show, you can join us live, share your thoughts, and join the conversation!

Check out this week’s show:

We’re the water-cooler where Pittsburgh soccer players and fans hang out and talk all things Riverhounds, Pittsburgh Hotspurs, and more.  Be sure to go follow us on twitter @mongoals and get exclusive after-show content and other merchandise by following the show on Patreon.  Subscribe to the show by clicking your favorite podcast app using the links below:

Thanks everyone!  Go Hounds! 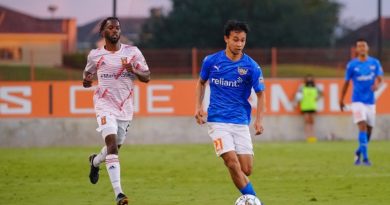 All Toros, No Bull: RGVFC set for a double-match week after another home win