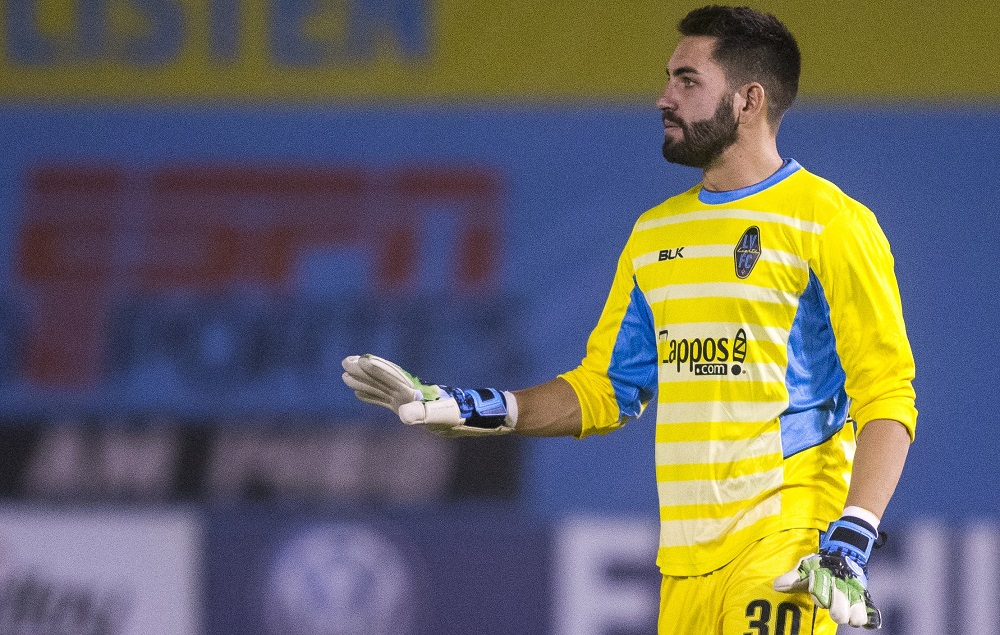 Everyone loves a hometown kid coming back to where he was raised and doing great things, especially in sports. An Akron, Ohio native myself, I have witnessed this on the largest scale with LeBron James. For Las Vegas Lights FC, their owner Brett Lashbrook has made it his mission to give local players a chance to make an impact with the second-year USL side. They had a solid contingent of Las Vegas natives on the inaugural roster last season, including goalkeeper Thomas Olsen. This year, the 23-year-old goalkeeper is ready to take on a starring role for his hometown club.

Olsen graduated from Las Vegas’ famed Bishop Gorman High School before taking his talents to the University of San Diego. While playing for the Toreros, he was selected for the 2015 U-20 World Cup in New Zealand, one of only two college players to make the squad that featured current USMNT mainstays like Zack Steffen, Matt Miazga, Cameron Carter-Vickers, and more. “It definitely changed the way I look at soccer,” he reflects. “I was just playing college at the time and it opened up the whole world of soccer for me. Just getting to spend time with those guys, even off the pitch. for a few months was a great experience. It was the best soccer experience for me so far.”

After that chance to become a US youth international goalkeeper, Olsen got to learn from one of the greatest American goalkeepers of all time. After being selected in the 2018 MLS Superdraft by the Colorado Rapids, he trained alongside Tim Howard. “From when I first got there, it’s definitely a shock. This is Tim Howard, a guy I grew up idolizing,” Olsen says. “The biggest thing I took away from training with him is showing up every day, preparing like it’s a game. People see the big saves, but they don’t realize how sharp his training is to prepare for that. It doesn’t matter if it’s the first five minutes or last five minutes. Showing up on the training field ready is the biggest thing.”

Now, he goes through training with another USMNT legend, Lights manager Eric Wynalda. They were on the same page in their first meeting, both acknowledging that Olsen did not get a chance to showcase his skills until the end of the 2018 season. The goalkeeper is excited about the opportunity to return to the club and play a major role in Wynalda’s debut USL season. “When you have a guy like that, such a great player that everyone respects him and knows what he did for our country, steering the ship, you’re very confident. He’s very straightforward about what he wants to do and how he wants to play. You always know where you stand with him,” he says about his new coach.

The reason the Lights hired a new manager was because of their disappointing first season. With Chelis at the helm, they were often a must-see show off the field while struggling on the pitch. Olsen understands the need for some eccentricities but also knows that soccer needs to always come first. Being a Las Vegas native, Olsen knows about the soccer culture here and understands its importance. He explains, “Vegas is a hidden gem for soccer. Soccer players from here always have a chip on their shoulder because we don’t get the respect SoCal gets and all that.”

“Finally, Lights FC can give a chance to kids that fell through the cracks here. There are great soccer fans here. You saw us selling out early last season and we’re looking forward to more of that this season.”

For anyone planning to travel to their club’s away match vs. Las Vegas, Thomas has the answer to the age-old question about what is a must-do activity while visiting Sin City. “I’m a big fan of Mon Ami Gabi, a French restaurant inside Paris Hotel and Casino. But, my biggest suggestion is the Bellagio fountains. If you’ve never been and it’s a nice night, it’s really something and you’re kind of taken back by it,” he says.

Olsen and the rest of his Las Vegas Lights FC teammates will be hoping that Cashman Field becomes a hot destination for winning soccer and good times for all of Las Vegas to enjoy in 2019. The club opens up their second Soccer Spring Training on February 2nd when they face off against 2017 MLS Cup champions, Toronto FC in Downtown Las Vegas. 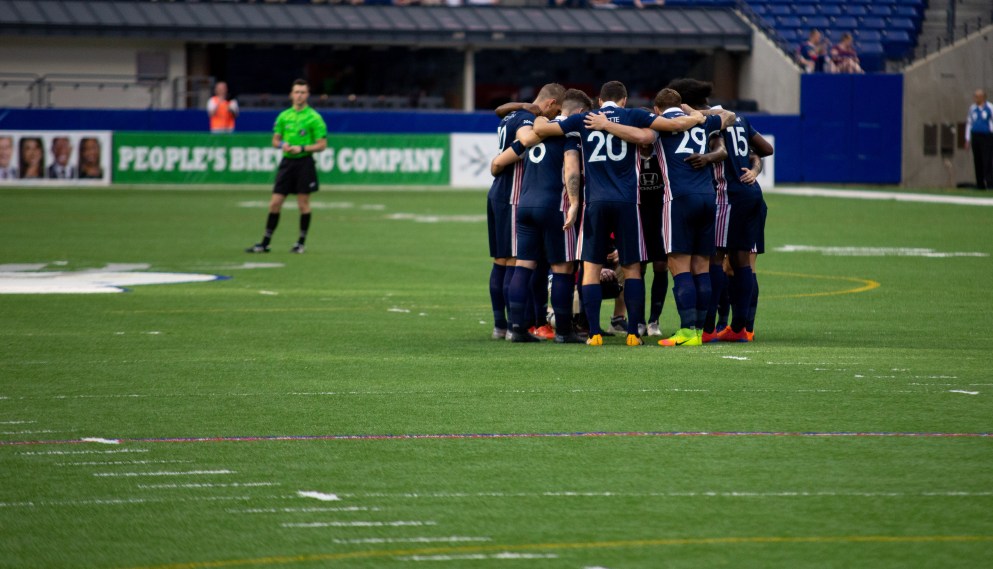 Indy Eleven: Yes, No, Maybe So 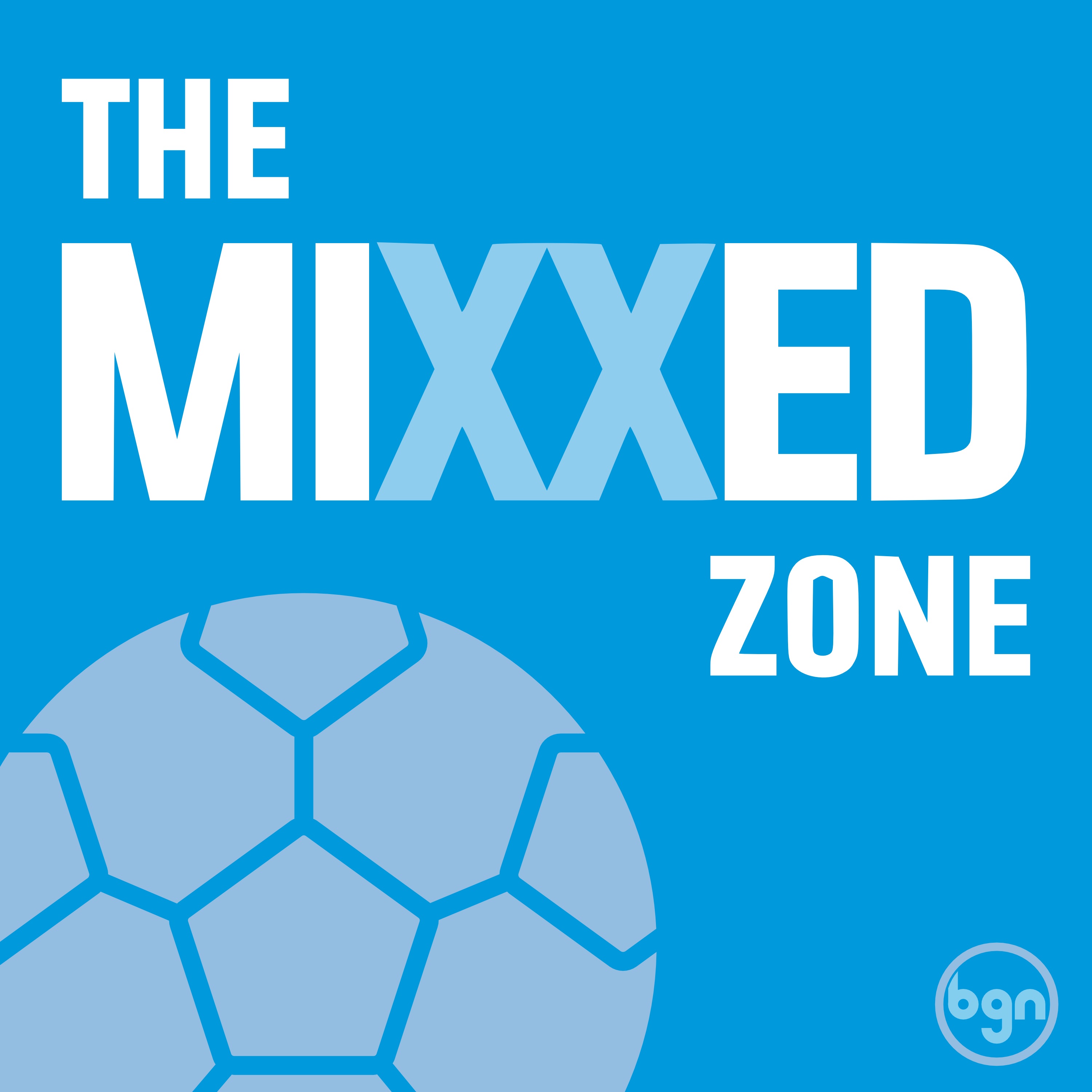 Taking A Stand and Finding Some Stats