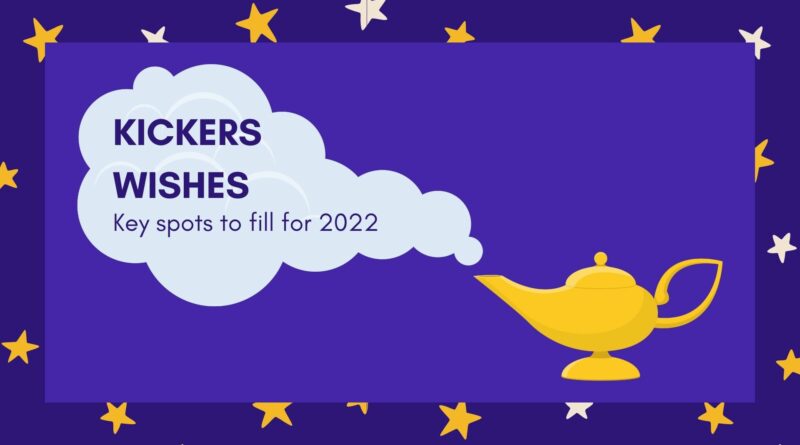 Welp, the season is now over with the Richmond Kickers making a playoff appearance for the first time in 6 years. One (mainly me) started to ponder who the Roos should focus on for the 2022 season. Knowing that the landscape of US Soccer is about to change with the incoming birth of MLS3 (@dirtysouthsoccer), all MLS 2 sides in USL will be leaving at the end of the 2021 season.  Also, a few teams might be changing divisions in the upcoming months. So, to pass the time with no Kickers PLUS, the offseason is to add the corner (see what I did there) we are going to try and fill some of the holes that the 2021 Kickers faced.

How we will do this be by first telling why the position needs to be filled and providing a player to come in for that spot. We will have a realistic pick and fantasy pick for each position because what is the point of doing this if you can’t dream a little bit.

The first position we are looking to fill in the Center Back Spot. With the recent retirement of Ivan Magalhaes, this will be the 3rd year in a row that Kickers have lost a key defensive player. Based on watching countless hours of Kickers Soccer (shameless plug for my podcast @rivercity93), Darren tends to like center backs that are both good in the air,  long-range passing while having another who good a ball progression. Ivan and Jalen have done an excellent job averaging 78% passing completion and 120 clearance on the season. Here is a list of a few players who can help fill the void in the Kickers defense.

Moving on up to the next positions is one that Kickers have been struggling to fill for a while, but would you need to if you have the TWO TIME BACK TO BACK LEAGUE MVP ANDDDDD GOLDEN BOOT WINNER Emilinio Terzaghi!!!!!! But honestly, the backup striker position has been hit or miss really for the Kickers. From Luke Pavone in season 1 to Herran in season 2, not much production has come from that spot. Going into year 3, the Kickers must find a second option and goal scorer to take some pressure off Emi as he accounted for roughly half of the team goals.

Let’s talk about the elephant in the room, the starting CM role for Kickers. Of course, we talked about it on the podcast, but this team was struggling early on to find a box-to-box midfielder. Midway through the 2021 season, the Kickers added Ethan Bryant on loan from San Antonio FC in the USL Championship to help fill in that spot. In 13 games, only subbing on for 1. Ethan showed his class and why he was on trial in Belgium. Bryant had nine key passes and four crosses on the season but failed to register an assist and only had four shots on target. The Strength in Ethan’s game, however, is his defensive stability. Defensively even with the limited amount of games he played, he averaged eight clearances, nine tackles, and * clearance on the year. The area in which he needs to grow is his passing ability, as he averaged 2.4 completed passes per 90 and passing completion of 66.5% in the opponent’s half. Given that Byrant is on loan and that almost every Kickers fan would like to have him back, for this article, we will just safely assume that he is going back to Texas to join a team that made a run to the USL Championship western conference final.

If there is any position needed for the Roos, it is the Right-winger position. The Kickers throughout the year had a reliable Left side winger in Jonathan Bolonas but on the right side tended to struggle to find a lockdown starter in that spot. Most would have thought that Oalex Anderson would have started there at the start of the year, but he only played four starts and was subbed on 21 times. Oalex going forward was a dangerous option (remember his goal against Chattanooga), scoring three goals on the season and three assists on the season. Defensively, however, is where he comes up short with only five successful tackles on the season and six clearances. The defensives looked very weak but merely when brought to play, which saw him pressed up the field in attack mode. Where Oalex needs to grow his game is in the ability to pass to the ball. The knock-on is that he is just known for his “pace” ability to get past defenders; despite only starting four games, he had 13 successful dribbles on the year. With three assists, he only averaged 59.1 on his passing attempts and roughly only 61 passes on the year.

It is fair to say that out of any positions on the field for the Kickers, the spot that has been most snake-bitten by injuries is the fullback spot. List just go down the list, Devante Dubose, Ian Antley, Juan Monticelli. The key to Darren’s system is getting the fullbacks high and wide to allow the winger to cut in and attack space. Unfornetly, that plan wasn’t able to happen, resulting in the fullbacks sitting back a lot more. Getting goals from your fullbacks is always a bonus, but the lack of offensive production was evident in the squad with only three assists, 16 key passes, and 1.6 successful crosses per 90. Defensively,  the fullbacks for the Kickers were solid, but there is room for growth. Kickers averaged roughly 67% on successful tackles, and 21 tackles won on average; the fullbacks provided strong cover on the wings.

Let me just go ahead and start this off by saying this….Akira Fitzgerald is the GOAT, the reigning USL League 1 Keeper of the year, and USL League 1 first team. And watch him despite his frame; he can make any save out there. He played in every game outside of one with a league record of 89 saves and 27 clearances. However, as we all know, father time is sneaking around the corner, and with Akira recently turning 34 years old and making a move to Player-Coach this past year, one has to wonder what the next move is for the Goalkeeper position. If you ask most Kickers supporters, his height and the number of shots he is forced to save are the main concern with Akira at Keeper. With Akira’s height, he is vulnerable to long shots and crosses as in the last three games of the USL season, including playoffs, teams made an effort to shoot from far and high against him as he knows to save shots close towards him.  We are not looking for Akira replacement, but a player who can come in a play 10-15 matches and allow Akira to take a rest cause we all know he needs it.

So to round out this article, do I expect any of these moves to happen? Probably not, but the positions themselves need to be filled. So the Kickers can get over the hurdle and challenge for the title in 2022! If you are interested in following The Kickers and their push for a League Title, you can follow us @Rivercity 93 on Instagram, Twitter, and all Podcast hosts!

Interview with Flick For Kicks and American Outlaws