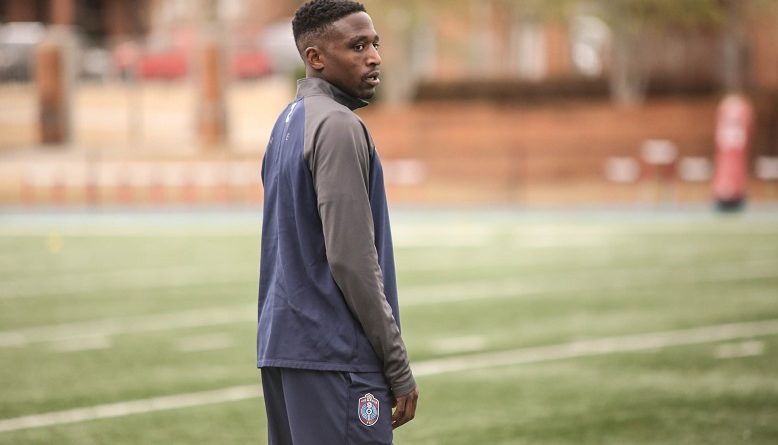 After spells with Orange County SC and Swope Park Rangers, Mark Segbers is ready to make an impact for Memphis 901 FC.

“Just a Kid from the Lou trying to make it happen.” That is how Mark Segbers describes himself. The St. Louis native’s next chance to “make it happen” will be during the 2020 USL Championship season with his new club, Memphis 901 FC.

The former top-10 draft pick by New England Revolution arrives in Tennessee after stints with Orange County SC in 2018 and Swope Park Rangers last season. For Swope, he registered 18 key passes, 36 interceptions, two assists, and one goal after tallying two goals and three assists for Orange County SC. Discussing what he brings to 901 FC, Segbers told BGN, “I bring a spark, I’d say. Athletic and a competitor. I like to win and have some fun while doing it. With the teams before and hopefully the teams I continue to play for all have those things in common, they all like to win and have fun.”

He added, “I just want to join the party and be a part of it.” What made him want to be a part of the second-year franchise? “The most thing that led me to Memphis was the winning culture they’re implementing. I also came here and played last year and saw the atmosphere and how awesome it was to play in front of their fans and how diehard they were,” he explained. “So from a soccer standpoint, they had all the right things for me to want to come to join them.”

Segbers will definitely get plenty of attention from those diehard supporters and the Bluff City Mafia, unlike when he was growing up as the middle child of five siblings. “They would definitely describe me as the troublemaker of the siblings,” he said. “Just because I didn’t get a lot of attention so I definitely had to get on my parents’ radar somehow by teasing one of them or picking on one of them.”

But, he wasn’t that troublemaking kid for long. “St. Louis made me grow up quick, to be honest,” Segbers explained. “I grew up downtown, so it was a little ‘sketch’ down there.” He confirms that things are not all doom and gloom in the Lou. “It’s such a soccer city and I love it and the St. Louis fans are like none other. I love that from there. I’m proud and love being a St. Louis person,” he said.

Segbers isn’t the only talented athlete to come out of St. Louis. A fellow soccer player is his favorite fellow athlete from the city: Will Bruin, the MLS veteran striker. “He was always someone I looked up to when I was younger, knowing that he could kind of make it pro. I wanted to follow in his footsteps and he’s definitely my favorite,” Segbers explained.

Great athletes and the St. Lunatics aren’t the only things that St. Louis is known for. The city is also widely regarded for its barbeque, just like his home last year in Kansas City and this year in Memphis. He said his go-to BBQ order is typically either brisket or ribs. Put on the spot to rank the three cities solely based on BBQ, Segbers gave St. Louis the top spot (noting Pappy’s as his favorite spot back home), followed by Memphis, then Kansas City. He said, “I had to go St. Louis first because that’s where I was born and raised, so you know that’s biased. I had Blues City Cafe‘s ribs and I don’t think I had any ribs better than that in Kansas City, so that’s what is giving Memphis second-place for right now.”

First up on the 2020 menu for Mark Segbers and Memphis 901 FC will be a home match next Saturday vs. Indy Eleven. Kickoff is set for 6 PM Central Time at AutoZone Park. 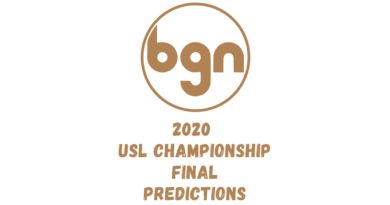