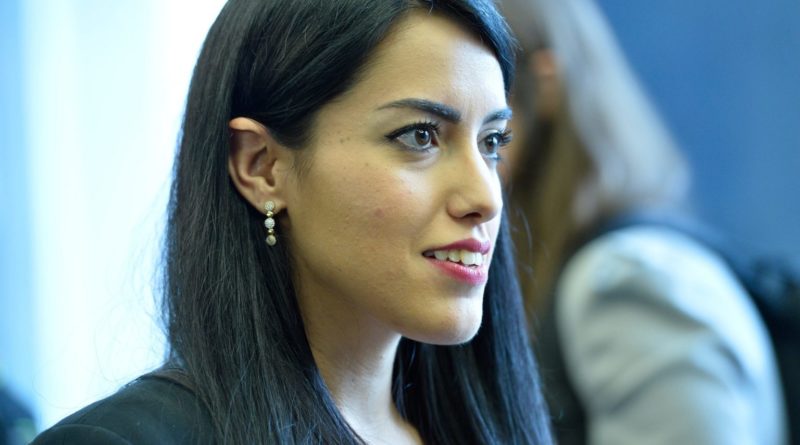 Simply put, there are not enough women in the sports media field. Earlier this week, one of the leading sources of sports content from female writers made a big change and their leader should have them operating at a high level as we enter the soccer season in the United States.

On Monday, MLS Female announced their rebrand to becoming Switch the Pitch Soccer. With a talented group of writers moving from onto the new site and a new adventure, they are led by a qualified, determined editor-in-chief, Sarah Kallassy. “This movement means the world to me. Creating a place that talks about soccer in an accessible way is a real passion I have,” she told BGN. “I want to grow the number of soccer supporters in the U.S. and you can’t do that by gatekeeping, you have to welcome people in and provide resources for them to learn. We’ve encountered some naysayers of course, but the majority of people I have come into contact with have been supportive and just amazing.”

Sports have always been a major part of her life, soccer especially. “I started playing soccer at maybe 5 or 6 (years old), and have been a soccer fan for life. I still remember the 1996 Olympics,” she reflected. “When I was a little girl I wanted to be a Major League Baseball player, a pitcher. While my dad humored me and bought me every baseball card in existence, he broke down one day and told me that I just couldn’t ever play MLB because I was a girl. Of course, young me was angry. But the 1996 Olympics changed that in a big way. I saw our team absolutely crushing it and winning gold. My love affair with baseball was promptly over. Soccer was in.”

While the sport has been around her life for a long time, she’s relatively new to covering the sport professionally. She said, “I’ve been a working writer in some capacity for quite some time now, but I just started covering soccer back in 2018. Sometimes the things you love just come together in serendipitous ways. MLSFemale’s founders, Liz Pannuci and Dayna O’Gorman, have always been gracious teachers. Liz really taught me the ropes of editing for sports and when she decided to step back a bit, I applied for the Editor-In-Chief position. Now, with my Associate Editor, Bridget McDowell, we manage about 15 writers and growing!”

Working as a member of a team is something that Sarah is very familiar with as a veteran of the United States Marine Corps. She explained, “Being in the Marines taught me some very important life lessons which I still carry with me today, make your bed every day, be honest and do the right thing (even when no one is looking), and trust your team. I believe that trusting your team to do their job and to do it well is essential for all leaders.”

“MLSFemale’s Associate Editor, Bridget, is one of the best teammates I could ask for. She is hardworking, sharp, and proactive. She really makes my job easy! Our group of writers at MLSFemale are incredibly creative, dedicated, and truly care about the work they do. With a team like mine, I trust them implicitly to write great stories that reflect our values and share the beautiful game from a different perspective.”

It may seem that she was destined to end up in a role similar to the one she has now, but her educational plan seemed destined to send her another way. “I did attend Johns Hopkins School of Advanced International Studies (SAIS). I actually attended SAIS for my MA in International Economics and Middle East Studies. While a student, I was a Fouad Ajami Fellow and Tillman Scholar,” she said. “I worked as a linguist in Afghanistan while I was in the Marine Corps, and have family roots in the Middle East, Lebanon to be exact. After everything I had seen personally and professionally, I wanted to be an advisor to the US Government on the Middle East and provide a new perspective that may help our country better align our foreign policy. For many reasons, by the time I graduated in 2018, it just wasn’t the right time to pursue this.

“What I love about regional studies and economics, is that they are widely applicable fields. There is a great movement in soccer right now, pretty much started by Simon Kuper and Stefan Szymanski surrounding how economics play into the decision making and success of leagues and teams around the world. Also, the Middle East is becoming more involved in investing in the game. You don’t need to look further than EPL or MLS to see the impact Middle East investment has on the sport. I know many people will view my background as not a ‘traditional’ sports journalism background, but I know my past experience gives me some valuable insight and a different perspective on the future and growth of the sport nationally and internationally.”

She’s experienced growth in her personal life as well with her and her husband raising their young son. The two main men in her life play a part in Sarah’s soccer life. “Both my husband and son are soccer fans! Even though my son is 1 1/2 he still prefers matches to cartoons,” she said. “We do all go to matches together unless I’m in the press box. I really can’t thank my husband enough for all the support he’s given me so that I could pursue soccer journalism and growing this new business.”

That new business announced a major overhaul on Monday. MLS Female has officially become Switch the Pitch Soccer. Sarah said, “The rebrand of MLSFemale to Switch The Pitch is part of a larger conversation we’ve been having for a long time, and the rebrand has officially been in the works since the second half of 2019. We are eager to make soccer more inclusive and accessible by doing away with gatekeeping and helping those who love the sport build their knowledge.

“Traditional soccer media isn’t always accessible and the voices aren’t necessarily representative of the entire population of supporters either. A lot of us have struggled to find soccer media that truly speaks to us and the experiences we have with the sport. We couldn’t find what we wanted, so we built it ourselves.”

According to their press release: “The staff of MLSFemale is proud to announce the creation of Switch the Pitch Soccer. In the tradition of Our Turf Football and Ladies of Speed, Switch the Pitch is a fully female-owned, female-run, and female-staffed website. Initially devoted to Major League Soccer, reporters also cover the United States Men’s and Women’s National Teams.”

Switch the Pitch is about much more than just excellent, thorough soccer coverage. It’s about giving opportunities to talented writers that would not get the same opportunity as someone like myself, just because they are female. At the Beautiful Game Network, we are happy to shed a light on the movement of the artist formerly known as MLS Female and will always support diversity and growth across soccer in the United States and everywhere else.

MLS Cup Is Over, FC Cincinnati Here We Come