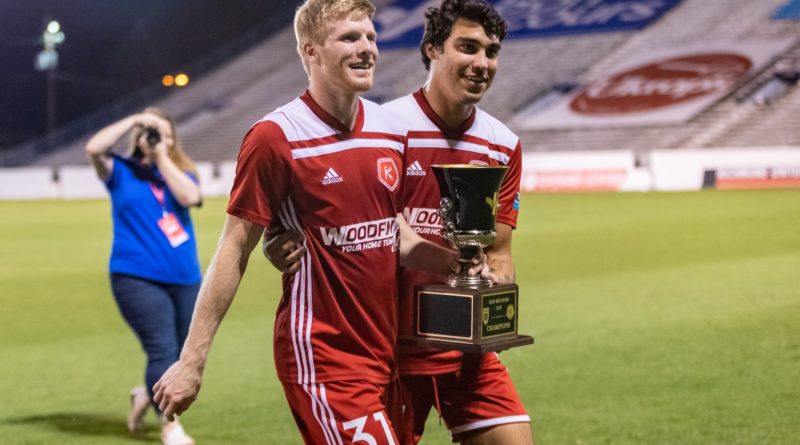 The Richmond Kickers are red hot just as time in the 2019 USL League One season was drawing to a close. Is there still time for the playoffs?

1) The Starting XI – Bulow rightly rewarded the starting XI from the 4-1 victory over Tormenta, and it paid off again. It’s a lineup that works and a bench that offers great options. But does the schedule force a shift? With three games in a week, can that XI really play on the road against a young North Texas side trying to lock up home-field advantage, and then take on Lansing at home on Saturday? Given the three day turnaround, North Texas will likely force several personnel changes, and possibly a change in tactics to look for the road draw. Winning at home against Madison is likely easier for the Richmond Kickers, and one could argue more important. Running this XI into the ground, so close to the playoffs, no matter how well they are working together, seems like too big of a risk.

2) Taking advantage of Greenville’s absences – Prior to Saturday’s match, Greenville had only lost once in the previous 10 matches. Their defense had only given up one goal in six matches. Their keeper, Dallas Jaye, has the most shutouts in USL League One. And Jake Keegan is tied for 3rd in the Golden Boot race. Jaye and Keegan weren’t available, along with four other Triumph players. And when one of their defenders was off the field dealing with an injury, Richmond capitalized on the advantage. Those were the moments that weren’t going the Kickers way in June and early July. The chances they were missing when presented. Those are the moments that decide a playoff future or long off-season. On Saturday one man answered that call.

3) Braeden Troyer – Joe Gallardo is undoubtedly the club’s most talented player. Dennis Chin and Daniel Jackson have rediscovered their scoring boots. Akira Fitzgerlad has been a wonderful summer signing. And Wahab Ackwei is a defensive gem for the club to build around. But as of late August, you could easily make the argument that the first name on Coach Bulow’s team sheet has to be Braeden Troyer. Troyer has started all six of the matches in the club’s current run of 16 points from a possible 21. While his goal made the difference against Greenville, and rightfully deserves the headlines, his defensive leadership in front of Richmond’s backline has been the real reason the new formation has worked so well and the reason Richmond are still chasing the playoffs.

FINAL | 1-0@Troyer13 and @Jgallardo98_7 combine to deliver the Kickers their second straight win over a direct rival in the playoff hunt!

4) The Bon Secours Cup – With USL League One being new and the majority of the clubs embarking on their first professional season, they really aren’t any rivalries. There may be the start of what could develop into a rivalry or the potential after a few years to build into one. But in 2019, there are no USL League One rivalries. Anything currently billed as one is strictly for marketing purposes. Case in point, the Bon Secours Cup. It’s great to have supportive sponsors, especially those who sponsor multiple clubs and back this past weekend’s trophy presentation. But Richmond won a sponsorship trophy. Richmond and Greenville aren’t rivals—at least not yet. If the Bon Secours Trophy is still around, and Richmond and Greenville are still facing off against each other in the same league in five years time, then we can debate if it is a rivalry.

5) Confidence – Greenville opened the match dominating possession and chances in the first 10 minutes. Which is not unexpected given their run and place in the table. But the newly shaped Richmond starting XI display a confidence that was discovered in late-July and they were slowly able to take control of the match by the 20th minute. The type of attacks throughout the match and the ability to shut down the opponent’s strengths are becoming calling cards of this team. Greenville love to cross the ball into the box, but the Kickers held them to just two connected crosses during the match. 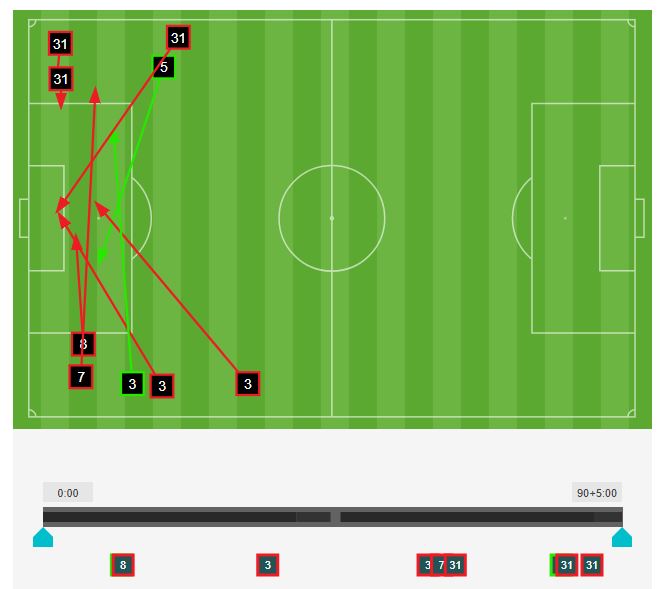 6) League results breaking for the Kickers – As much as Richmond had to start winning, they also needed help. Draws between Madison/Tormenta and TFCII/Chattanooga, plus a Lansing win over Tucson saw the Kickers gain on all five teams sitting ahead of them in the table. With two tough matches looming, Richmond need those favorable draws to continue in order to avoid having to run the table.

7) A table worth looking at – For the first time since mid-May the USL League One table offers, potentially, favorable views. The weekend’s three points lifted the club to 28 on the season. And while they still sit in 8th place, they are just five points out of 4th place—and with two games in hand.

8) Playoff odds – Just a few weeks ago the Kickers playoff chances looked on the brink of mathematical impossibility. But five wins in their last seven have given Richmond a sight of that fourth playoff spot. Following the 1-0 win over Greenville, Richmond now sits at a 14.5% chance of sneaking into the playoffs. That win alone jumped their chances over eight percentage points. They still have a lot of work and help, but the trend is favorable. The next two matches—not so much.

9) The Title Contenders – Richmond quickly hit the road to take on league leaders North Texas on Tuesday night. The Kickers then return home to welcome in 4th place Forward Madison. Those two matches round out a series of five consecutive games against the top half of the table. Richmond have picked up six points from nine already, but likely need three or four from these two matches to keep their playoff hopes alive.

10) Retro Jerseys – If you are a Richmond Kickers fan and/or simply enjoy collecting jerseys, hit up City Stadium next weekend to check out what remains from their retro player jersey sale. They have a wide variety of years, colors and players for just $30. What you won’t find there though is the kit of DC United’s and former Richmond Kicker loanee Chris Odoi-Atsem — that one goes to me.

Rest up Kickers and USL League One fans, the schedule enters crunch time.

League One Fun – Episode 58: A New Show For a New Decade