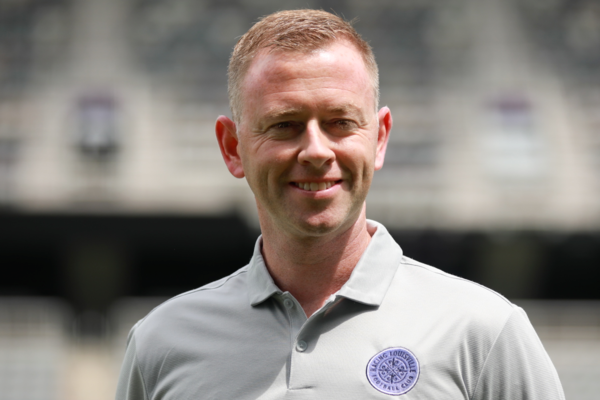 Louisville, Kentucky is set to be the home of the newest addition to the NWSL family. The aptly named Racing Louisville FC announced in August that its first head coach would be Christy Holly. Holly is no stranger to the women’s game. He has spent time with NWSL’s Sky Blue and with the US Women’s National Team. His professional career began with Sky Blue serving as an assistant and later transitioned into his tenure as head coach. He moved on to serve as an oppositional analyst for the USWNT and as an assistant for the U-17 and U-23 squads. Although his expansion team is lacking players, he has been hard at work in preparation leading up to the inaugural 2021 season. Holly has been open about his thoughts and ambitions for his new team. Season ticket holders and supporter groups (shout out to the Lavender Legion and LouCity Ladies) had the opportunity for a virtual meet and greet with Coach Holly. Between this Q&A and his previous interviews since being named head coach, there is enough there to understand the culture that he is trying to build with the club.

First is what he values in a player. Coach Holly has a unique opportunity to build a team from the ground up. He will shape this team into his vision of successful soccer much faster than most other coaches can. What do we know about the players he will go for? For starters, he has made repeated mention of flexibility and adaptability. Between the rules for player signings, the college and expansion drafts, and COVID-19, he recognizes that there will be barriers for him getting all the puzzle pieces he may want. He wants players that can fill multiple roles and remain dynamic components of the team. He’s also guaranteed that his squad will be the hardest working team in the league. During the virtual session, he described one of his desires for his players is for them to have a “blue-collar work ethic.” Don’t expect any lazy, diva-type players to make his roster. The focus will be on both the person and the player. With the announcement of the team, many fans began to immediately fantasize about some of the biggest stars in the women’s game-calling Lynn Family Stadium home. While they are certainly quality players who help make advertising for the team easier, he has tempered expectations and said they would look for players that are the right fit. With NWSL teams able to protect players from the expansion draft and the exodus of players to Europe this summer, it would have already been a difficult proposition to try and acquire some of the more recognizable players. Coach Holly has a deep knowledge of the pool of players, thanks to his time with the USWNT. More than likely, the team will have the stars of tomorrow rather than the current household names.

And speaking of stars of tomorrow, player development will be a sizeable piece of the Racing Louisville culture. Even before Coach Holly’s arrival, the wheels were already in motion for the development of an academy system. In late 2018, Mario Sanchez was brought in as Soccer Holding’s (the parent company of Racing Louisville and USL side Louisville City) Director of Youth Development. There has since been ongoing construction on a state-of-the-art training facility that will boast three natural grass and four turf fields only two miles away from the stadium. Before Executive Vice President of Development James O’Connor even contacted Coach Holly, the desire to develop players was a key trait that was sought after for the head coach role. Coach Holly brings exactly that. When asked who he looks up to in the game, Coach Holly said former Arsenal boss Arsene Wenger. Wenger was a visionary who saw long-term success at the highest levels of the game. Along with his historic successes, Wenger built something that outlasted him. That was something that Coach Holly wanted to replicate. What better way to do that than by creating stars? He also admitted that he has a passion for youth soccer and that he feels a sense of responsibility and engagement towards the youth setup. His duties as the first team head coach will occupy most of his time, but don’t be surprised if he has some involvement in the Racing academy system and aids in clearing a path to the pros for the young players.

The final cultural staple that fans can come to expect will be winning. Coach Holly is not naïve towards the fact that it could take time to build a winning team, but with his vision and the support of ownership, that could come much sooner than many realize. When Louisville City FC, Soccer Holding’s original club, took to the pitch for the first time in 2015, they made a deep playoff run to the Conference Finals. That team was led by none other than James O’Connor. It will be Coach Holly’s team, but he will benefit from having the support and wisdom of someone who has been in a similar position. We will also see a winning culture in Coach Holly’s future staffing choices. As of this writing, he has made no hires, but he has said that he will search high and low for the right people for the job. He has been very involved over the past several years in the NWSL and the USWNT, so it’s unlikely he will struggle to find the right individuals.

Fans of this new expansion team have a lot to be excited about. Coach Holly was a stellar hire to take the reins at Racing Louisville. In the coming months, we will be treated with the building of a promising squad with foundations focused on strategic roster selections, long-term development, and a culture of winning. The successes of Soccer Holding’s Louisville City FC have set the tone that Racing Louisville will aim to achieve. Pay attention now to what Coach Holly is building because it won’t be long until they are competing for trophies!

Want to hear from Christy Holly directly? Check out these two videos shared by the club:

If you have already declared your allegiance to Racing Louisville, do not forget to join the Lavender Legion or the LouCity Ladies! Click on their links below to learn more and be sure to check out other pieces on Racing Louisville FC! 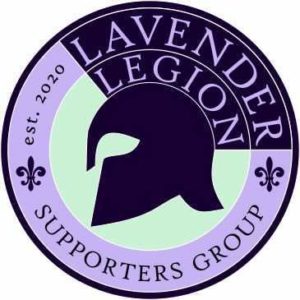 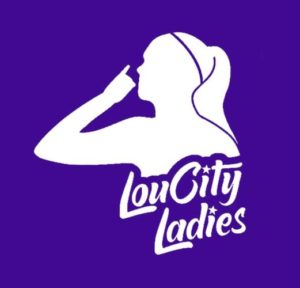 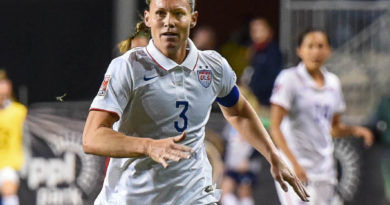 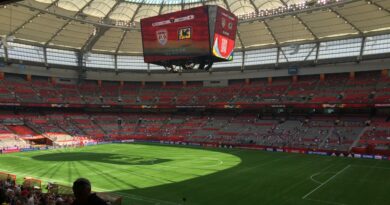 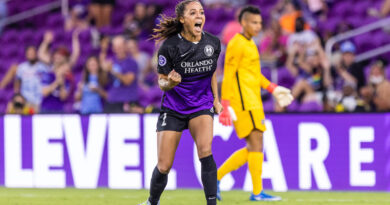