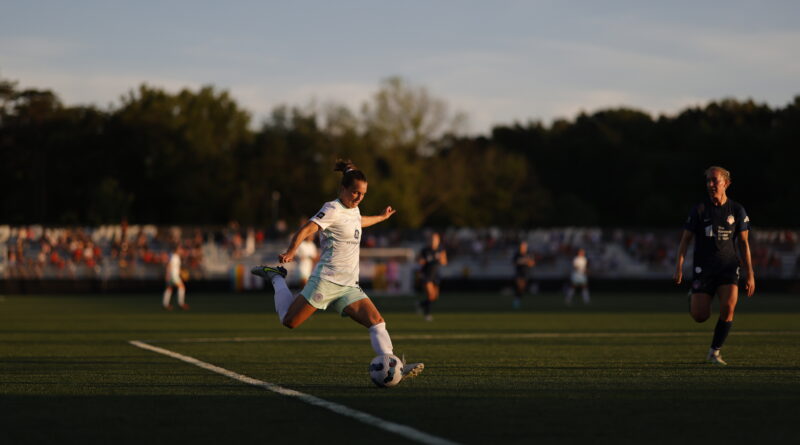 Racing Louisville is set to take on the Orlando Pride this Sunday in Florida. Instead of playing in the Pride at Exploria Stadium in Orlando, however, both teams will be heading to the Daytona International Speedway for Daytona Soccer Fest. This match will count as a regular-season NWSL match despite the fact it’s being played in about as novel a location as can be.

Many tonnes of sand have been dumped on top of the race track’s pit row to convert it into a temporary pitch. All this was done to the tune of more than a million dollars just for this tw0-day soccer and music festival. With two matches being held on the makeshift playing field before the Racing/Pride match there are concerns about how well it’ll hold up, but Racing coach Kim Björkegren said there’s nothing they can do but manage that when they get there. When asked about his thoughts on participating in this unique festival, he just laughed and shrugged saying, “It’s America and it’s fun.”

He’s right in that special, tent-pole events like this are distinctly American, but that doesn’t mean they can’t still be beneficial. Midfielder Lauren Milliet said, “I think anytime we can bring women’s soccer to a different event is good for the game and good for us.”

The players certainly seem to be having a good time according to their social media posts. (If you don’t follow the players on Instagram, now is a good time to start.) And, as Coach Kim said, fun is the whole point. This game has a good chance of reaching a bigger audience than normal due to its new location and crossover appeal. And it’s going to be broadcast on CBS Sports Network which gives it a good chance of being seen by more casual viewers than normal. It has yet to be seen if the event can actually be pulled off, but for now, let’s just enjoy the fun of it.

Looks like our resident jockey is ready to give a different kind of horsepower a try. 🤣 https://t.co/D5fFm0Hvkl pic.twitter.com/CVpZYJrM4M

The Orlando Pride has had a rough go of it lately. First, in early June, head coach Amanda Cromwell and first assistant Sam Greene were placed on temporary suspension pending an investigation into a violation of the NWSL discrimination, harassment, and bullying policy for “alleged retaliation.” Next, the club had to buy out the contract of English defender Amy Turner. Comments by players around the league – including some teammates – hinted that her departure was not on good terms and was possibly tied to the coaching suspension. And then, finally, this week, it was announced that star forward Sydney Leroux was being traded to Angel City FC. It’s clear that Orlando is a team that’s having some issues and it’s possible that may translate onto the field come Sunday.

It’s still not good to count them out, however. Orlando has come back and surprised teams several times this season already. Most notably, on May 27, they charged back to score two goals in the last three minutes of stoppage time to tie the Washington Spirit 2-2. They are coming off three straight losses, however, including two brutal matches against Houston and Portland where Houston won 5-0 and Portland 6-0. In between those two, they did hold Chicago to only one goal in a 1-0 loss, but that’s still nine straight points dropped.

As of Saturday, the Pride sits one spot and one point behind Racing. Orlando has 8 points and sits in 11th place to Racing’s 9 points in 10th place. As a result, a win would be transformative for both teams and push them up the standings significantly. A loss cannot push either into last place, however, because the North Carolina Courage lost on Friday night to OL Reign which keeps them in last place for the week. A draw is also likely to do little for either team but keep them roughly where they are depending on how Gotham and the Spirit do this week.

Going into Sunday’s game, Racing will be fielding a somewhat different roster than they have before. This is due, in part, to the Women’s World Cup qualifying tournaments happening around the world in July. As a result, Racing will be missing defenders Emily Fox, Rebecca Holloway, and Satara Murray. They’ll also be missing forward Nadia Nadim. Although Freja Olofsson and Jaelin Howell were gone for international friendlies these past two weeks, they are, at least, both back with Racing and have traveled to Daytona.

Of these missing players, Fox and Nadim are the regular starters. Both are key players for the team and Nadim who is in England preparing for the Euros with Denmark has been particularly hot with three goals in three games. Fox is unquestionably one of the best players on the team and a key presence on the backline so her loss will also be felt acutely.

It’s good to remember, however, that both of Racing’s wins this season came before Nadim had returned from injury. So this is a team that can win without her. Jessica McDonald will once again lead the attack for Racing and it’s likely players like Emina Ekic and Kirsten Davis will get some looks this month with Nadim gone. It seemed like the back line would be a bigger issue with three of Racing’s six defenders playing internationally, however Racing recently signed two new defensive players Allison Whitfield and Zaneta Wyne. Wyne is a veteran of multiple European leagues and most recently played with West Ham in the FAWSL this past season. Whitfield is a Louisville native who grew up alongside Emina Ekic. The duo played high school, club, and college together and now after a standout season with Racing’s W League team, Whitfield has joined her friend on Racing’s first team.

Emina Ekic and Allison Whitfield have been playing soccer together since they were kids, now they get the chance to play together as professionals with @RacingLouFC.
@emina_ekic10 @alliewhit10 pic.twitter.com/FUD1VzL62b

The international games aren’t the only thing changing the roster, however. On Monday it was announced that Racing traded forward Ebony Salmon to the Houston Dash. This came as a shock to many because Salmon was Racing’s top goal scorer last season and with Racing struggling to score consistently in the run of play this season, giving up a player of this caliber seemed worrisome. The ultimate reason for this trade is that Salmon’s playing style doesn’t match well with the high-pressing style Racing insists on. She has gotten few minutes this season and, unfortunately, left with some anger at not being played. This is concerning for Racing fans, but club president James O’Connor recently said new signings are to be announced soon to help fill the gap left by Salmon and other recently traded or waived players.

(For a more in-depth discussion of the Salmon trade and its implications, listen to the latest episode of my podcast Butchertown Rundown – Apple / Spotify.)

What becomes of all this midseason shifting of players has yet to be seen. Of the players recently turned over, only Cece Kizer was a regular starter. Savannah DeMelo has slid into the No. 10 spot very well in her absence, so, as sad as these player movements are, none of them should change the face of the team that greatly.

hasn’t been able to get their feet under them quite yet. They’ve shown moments of brilliance, but they’ve also had moments of borderline collapse. As discussed in previous columns, Racing is still a new team and they’re a very young team with an average age of 24 years. Mood swings and teenage angst are pretty par for the course in a team of this sort.

Still, it seems like just when Racing seems to settle down, a big change happens. It’s like they’re in a constant state of rebuild. How can a team ever get their feet if they can’t keep a stable roster?

In his press conference discussing the Salmon trade, O’Connor said that the turnovers were the result of a new coach coming in with a new philosophy. It took time for him to see what he wanted from players and from players to see what they wanted from him. Once the transfer window opened, they were able to address conflicts and resolve them.

This is all well and good, but Racing will need to find some stability soon now that the halfway point of the season is quickly approaching. If Racing doesn’t start getting points regularly from now on, they will almost certainly fail to be in playoff contention. But, if they can settle find some of their early season magic, they still have time to work their way up the standings.

No matter what happens, I think it’s fair to say that fans should expect the unexpected. This season has been a bumpy ride so far but there are lots of signs that it can still be a very fun one. 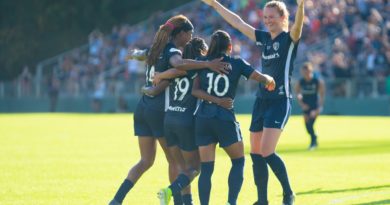 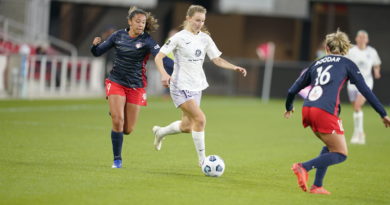 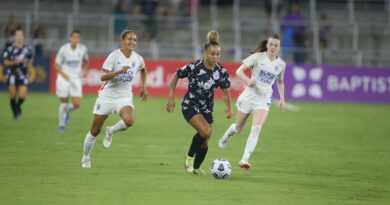