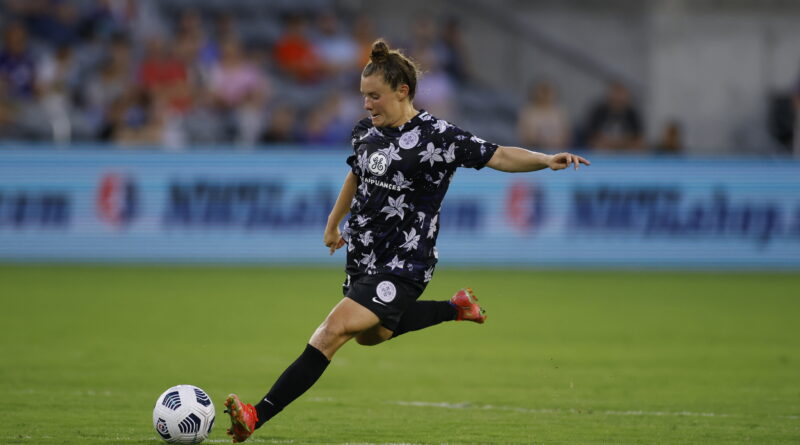 When a team is new to a league as tough as the NWSL, progress needs to be measured by metrics beyond just wins and losses. After a hard loss at home to the Portland Thorns last Saturday, Racing Louisville is disappointed, but not disheartened. As they prepare to face the Orlando Pride for the first time since their debut in April, Racing is focusing on themselves and what they can do better in each match. As they grow as a team, the results will eventually come.

“In different moments throughout this season, we’ve shown the resilience to get us through those tough moments,” said Coach Christy Holly after Wednesday’s practice. “As we move through this weekend, we want to show more control within the game and take the tempo and the direction of the game. That’s something that will be pieced together through all the previous games where we’ve gained that experience, that understanding and a recognition of what other teams are trying to do to us.”

Holly is confident that the team has what it takes to make it through the tough days. He points to the fact that the majority of players remain on the field getting in extra time despite practice ending almost 15 minutes earlier. This “relentless commitment to progress”, in Holly’s words, is what makes him confident that Racing will grow into a solid, winning team.

“They’re a very young talented team made up of fantastic individuals and they’ve never wavered for us. Win, lose, or draw, they’ve not wavered and have stayed true to the process of getting better.”

Much of Racing’s progress comes from focusing on their own growth instead of the results they earn. A key tenet of the team’s culture is to never be outworked, according to Savannah McCaskill. Results aren’t always controllable. You can play your best football and still lose a match. But you can control how hard you go in each practice or match. And you can help encourage your teammates and hold them accountable to meet the same standards.

“Whether it’s trainings, extra fitness, lifts, 90 minute games, whether you come in off the bench and play for 5, 10, 15 minutes, we have the standard of how we’re going to work hard and how we’re not going to let that drop,” said McCaskill. It’s easy to nitpick missed plays after a loss. But as long as the team is working hard and holding each other accountable, they feel like they’ve accomplished what they set out to do, no matter the outcome.

“I don’t think you find that across every single club in this league. I think a lot of teams have an exceptional amount of talent and they don’t really want to harp on that piece because their talent can take them [far]. We also have a lot of talent on this team, but we really want to work hard and put these teams under squeeze for 90 minutes.

“So that’s been something we’ve really set as our identity and really held as a standard. We’re not going to let this drop no matter what the circumstances are.”

While Racing’s loss to Portland last week was disappointing, it’s worthwhile to put the team’s progress into context. After eight games, Racing is now a third of the way through the regular season. Four matches – or 50% of games played – were against North Carolina and Portland. These are, historically, two of the most consistently tough teams in the league. Racing lost all of those games.

BUT – as Dan Lauletta points out on Twitter – they’ve won or drawn every game against every other team. That’s not too bad. Factoring in the Challenge Cup, the team is still 3-1-3 against everyone but the Thorns and the Courage. That added loss came against the Washington Spirit, who Racing went on to beat 2-0 in the regular season.

Racing is done playing Portland for the season and only has one more game against the Courage.

There’s no guarantee, of course, that Racing will continue to beat or tie every non-Thorns or Courage team. But if they can take the majority of matches against middle-tier opponents, they have a shot at working their way back into playoff position.

Up Next: The Orlando Pride

Since Racing last tied Orlando in Racing’s thriller of a debut match during the Challenge Cup, a lot has changed on both sides. Alex Morgan returned to Orlando and has since left again – this time for the Olympics. Meanwhile, Racing added Gemma Bonner and Ebony Salmon.

For the first time in franchise history, Orlando spent multiple weeks at the top of the table. For a team with top international talent, like Marta and Alex Morgan, Orlando has historically underperformed. After a dire 2019 season, where they came in last place, something seems to have finally clicked. A quarter of the season in, they already have four wins – equaling the total they had for all of 2019.

Still, the Pride have shown some signs of weakness. They’ve lost their last two matches – to the Courage and Houston respectively. While Racing knows how hard it can be to beat North Carolina, Louisville did beat Houston this season.

Of Orlando’s nine games played, they’ve only avoided conceding goals in one game. They may also be down two key defenders. Ali Riley is gone for the Olympics and Ali Krieger is possibly out due to injury. With Racing’s offense newly invigorated with the arrival of Ebony Salmon, Racing has a pretty good shot at breaking through and scoring some goals.

The Pride’s offense has also taken a hit with superstars Marta and Alex Morgan also gone for the Olympics. While offensive threats like Taylor Kornieck and Syd Leroux remain, Racing will be bolstered by the likely return of Gemma Bonner. Although she missed the Portland match due a small injury, Bonner practiced fully with the team on Wednesday. If able to play on Friday, she’ll provide a great deal of leadership and security to Racing’s backline.

For Savannah McCaskill, starting out aggressively and keeping Orlando on their back foot in the first 10 or 15 minutes of the match is key.

“It’s definitely going to be a different team, but we approach it the same exact way. We approach the game by going full throttle the entire time, playing to our strengths and trying to exploit [them] where we think they have weak spaces.”

McCaskill says the team has been practicing hard and is confident they can earn something from this matchup. 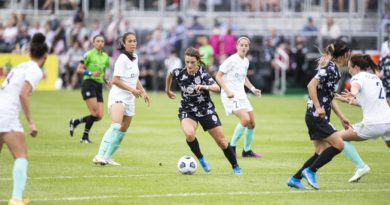 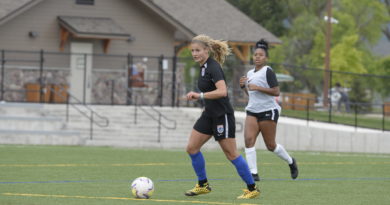 Rosie White makes sure to find joy, on and off the pitch