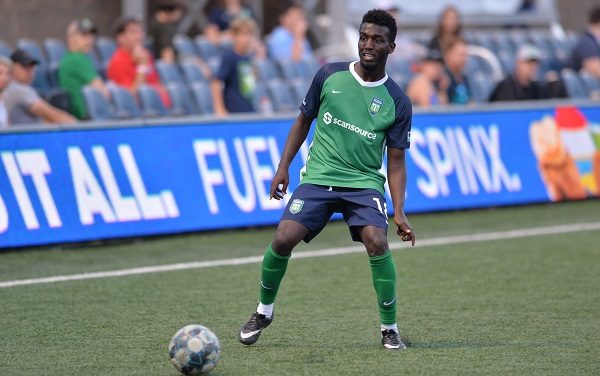 At every level of soccer, a moment of brilliance on the ball can always break down even the sturdiest defenses. For Greenville Triumph SC‘s Omar Mohamed, that explosive dribbling ability is a gift that wasn’t created on a pristine soccer pitch. “You know, I always grew up playing in the streets,” Omar told BGN.

He transitioned from the streets to the club scene with Blast FC in Columbus, where he grew up after moving from Somalia and Egypt. Omar said he has to give a lot to that club and his coach there. “He saw me playing in the streets and was the one who told me to put on my first pair of cleats. So, for me, it was getting that exposure and getting that love from him that started it for me,” he recalled.

While he’s played in different leagues all across the country, that dribbling ability developed in the street has always been his calling card. “I try and express myself and have fun and do it at the right time,” Mohamed said about embracing taking on defenders with the ball at his feet. “I’ve trained a lot, but I watch a lot as well and just naturally pick up the things I see them doing. I pride myself with that skillset. It’s fun.”

That 1-v-1 skill can change a match and open things up in the attack, but those moves need to end with the ball in the back of the net to make a full impact. Last season, Omar Mohamed finished with only one goal and two assists in 24 USL League One appearances for Greenville. “I think just being more in the right spots at the right time, even if it’s a lucky goal just being at the back post,” he explained about how he can increase his production. “Being more aware of positioning and having that hunger to score goals.”

He’s not only must-see TV for the Triumph, but he’s also had the chance to break into the Somali national team. In his two appearances for the Ocean Stars during World Cup qualifying, Mohamed scored one goal. He moved from the East African country when he was four and finally got back there for the first time last offseason to see his family still there. He said, “Seeing how much the people welcomed me, it felt like home. It was amazing, honestly, being on the national team and what that means, just for my family’s pride.”

A lot emotions running high but so proud of this group. We gave the motherland HOPE! The support we got all over the globe from Mogadishu to all the Somalis around the world was amazing, thank you all will be back stronger inshallah 🙏🏾🇸🇴

“I think we’re super friendly and welcoming. We have amazing food,” Omar said about his native country.

Now, his home is Greenville, South Carolina, where he’s preparing for the delayed start to his second season under USMNT legend John Harkes. “It’s definitely special. Every time I play for Coach, each time feels family-oriented,” he said. “A lot of people may say that, but here it definitely feels like that. It’s a lot of fun, tons of jokes, and I learn so much from him. I’m very thankful to play under him.”

He’s enjoyed the food in the city, too. His favorite two restaurants are SUSHI GO and Jamaica Mi Irie, a spot in downtown Greenville. Back home in Columbus, he enjoys Piada Italian Street Food and two Somali restaurants, Hoyo’s Kitchen and Calanley. “I’m biased because I love Somali food. Hoyo means ‘mom’,” he said.

Once the season kicks off, provisionally set for July 18th, Omar Mohamed will turn his attention to eating up defenses with his dribbling ability and creativity.

East vs West and League One Confusion 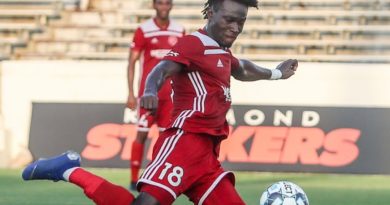