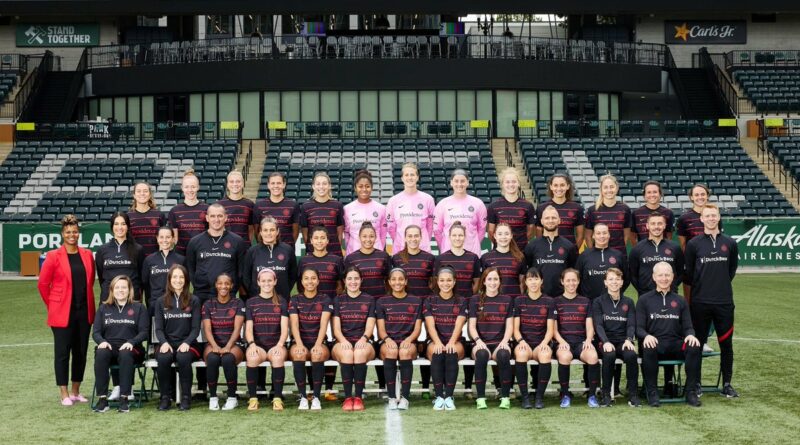 If you’ve seen the Portland Thorns in the headlines the past few weeks, that should not come as a surprise.
It has been 19 days since the former U.S. Attorney General Sally Yates released her scathing report that shocked the soccer world.
Here is the full PDF link to the report.

Due to the findings, Merritt Paulson has stepped away from his role as CEO of both the Portland Thorns and Timbers.
The clubs’ President of Soccer (Gavin Wilkinson) and President of Business (Mike Golub) have also been relieved of their duties.

Numerous sponsors have ended their relationship with the clubs. At this point only few remain.
There is mounting pressure from fans, and media for Paulson and Peregrine Sports to sell the teams.

In the team’s first media availability since the report, Head Coach Rhian Wilkinson and Captain Christine Sinclair shared their thoughts on the investigation and the front office.

Wilkinson reiterated that she would like to wait for the NWSL and NWSLPA joint investigation report before commenting fully.
In response to whether the players are ready to respond to the report, “They’re not there yet. I’m not there yet. Some are, some aren’t.”

Some players have formed opinions on how they’d like the club and league to move forward; however, many need more time to do so. “They’re not sure. They don’t know. Some of them are sure and very clear where they stand on many topics, but some of them aren’t and can’t say that,” Wilkinson said.

Sinclair was asked whether or not Paulson should sell the teams. She is still processing the situation and asked for more time.

“Look, I’ve been a part of this team, proudly, for 10 years. I’ve seen significant changes being made this past year, changes for the better. Those players were forced to answer questions minute one of the Yates report coming out, which is kind of unfair for an athlete to be faced with. So for me, I’m focusing on the playoffs and focusing on getting ready for San Diego. For a lot of players, it’s going to take a lot of time to get to that decision. Whatever that is. It’s an individual decision, but it’s going to take time.”

Casey Stoney and Rhian Wilkinson are considered two of the best head coaches in the NWSL.
Stoney has led an expansion San Diego Wave side to the 3rd best record, and is the favorite for the Coach of the Year award.
Wilkinson went into the year without superstars Lindsey Horan (on loan to OL) and Crystal Dunn, but led the club to their highest goal scoring year, best goal differential, and the 2nd best record.

Unfortunately, Rhian Wilkinson was snubbed as a nominee for Coach of The Year.
Portland Thorns superstar Janine Beckie lists off her coach’s accolades:

How does Rhian Wilkinson miss out on being a nominee for coach of the year 😮 1st year, highest goals in club history, second overall finish by one point, playoffs… and that’s just the short list. Baffling. #NWSL

These teams met 4 times this season including 2 matchups each in the NWSL Challenge Cup and regular season.

Portland Thorns will donate the proceeds from the match into local charities chosen by the players.
Ryan Clarke of the Oregonian has confirmed that the “portion of the proceeds” will go to all game expenses and charities.

“The club and players wanted to use the occasion as an opportunity to connect with and benefit our community here in Portland.” – Karina LeBlanc

For the first time in club history.

Note: San Diego Wave could also insert Sofia Jakobsson in the starting XI. The Swedish superstar is coming off a terrific performance in the playoff match vs Chicago.

Note: Could we see Yazmeen Ryan or Janine Beckie start at winger? This would allow Hina Sugita to move to a midfield role.
Who would move to the bench? Rocky or Sinclair? In the season finale against Gotham FC, this lineup had trouble with Gotham FC’s speed and attack.

How can the Thorns slow down the Wave attack?

Becky Sauerbrunn: “That’s the question of the day. Honestly, it will take a lot of defensive cover. I think with Taylor, she is gifted in the air. You have to assume she will win the majority of the aerial battles. Are you picking up second balls? Are you making sure you’re tracking the runners in behind? You’ll have to body up on both of them (Kornieck and Morgan). They’re both world class, so you have to stay focused 90+ minutes. You can’t take your eyes off of them.”

Sophia Smith: “Nothing different. They’re obviously good players, but we have great players too that can take care of that. I’m confident in everyone we have on the field, to do what they have to do and to do their role. It’s all we can do.”

The Thorns have sold approximately 18,000 tickets to the #NWSL semifinal vs. the San Diego Wave so far. 5,000 tickets were sold last week alone. #BAONPDX https://t.co/QekAm738sF 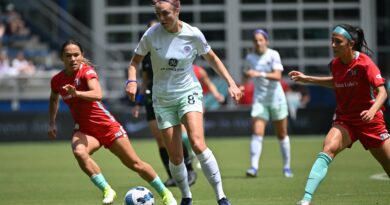 LWSC Radio: MiB Round of 16 Preview 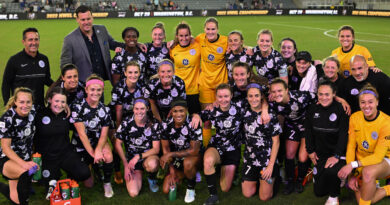