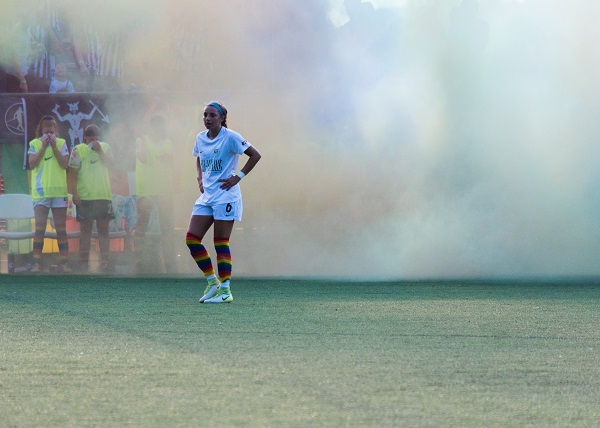 In sports, you will often hear talented players with high intelligence and leadership ability referred to as ‘a coach on the field’. That sentiment rings even more true with Asheville City SC’s Molly Dwyer.

A talented player for the WPSL side, Dwyer also brings experience as a coach to the pitch. “I have been coaching various levels since I was a junior at Furman,” Dwyer told BGN. “Soccer has been my life for as long as I can remember and coaching always seemed like a path I would follow. Throughout my playing career, I’ve always had an ability to break down team tactics and coaching has only increased my soccer intelligence.”

She took a big step in her coaching career back in 2019 when she was hired as an assistant coach at UNC Asheville. “As my first collegiate coaching experience, I learned a lot about myself, and my love for soccer and Asheville grew,” Dwyer said. “Being a coach, a mentor, was truly an honor and coaching at UNCA and the local club, HFC, was a tremendous experience.”

After a change at head coach for the Bulldogs this year, Molly explained, “I’m thankful for my time at UNCA, but I will not be remaining on the coaching staff; however, with the players and new staff I am excited to see what they accomplish this season.”

Even when she’s thriving as a player, it’s hard to turn off the other side of her soccer mind. She said, “Playing for Asheville City, my coaching instincts come out in training and games. Sometimes it comes out too much, especially since I used to coach Gill Oyos and Grace Sloan so I had to change my role from a coach to a teammate; it was a welcomed adjustment.”

Molly’s desire to learn and test herself extended beyond the soccer pitch and even outside of the United States. After graduating from Furman, her academic journey took her to England as she attended Northumbria University in Newcastle in pursuit of her master’s degree, where she also played soccer. “Living in Newcastle and attending Northumbria was an amazing experience,” Dwyer recalled. “I had the opportunity to train with the Sunderland Women’s Team, and since soccer in England focuses on techniques, my playing experiences over there became my biggest growth in the game up to that point.”

“School curriculum is very different from here in the US; nevertheless, I graduated in December of 2019 with a Master’s in Business with Marketing Management with honors. Ironically, I finished my masters’ dissertation during my first season coaching at UNCA.”

That mindset to continue learning and perfecting the craft has allowed Dwyer to get off to another great start this season with Asheville City SC. “We have a quality staff and group of players this season,” she said. “With less than a week of training together, we grabbed two wins. Everyone has such a positive outlook on this season.”

Discussing individual and team goals this season, Molly said, “My only personal goal is to do positive things every time I train and play games and help the younger girls grow this summer. As a club, our goal is always the same, win games and championships.”

“We have been so close to having a perfect season or winning the league but have been one step away. Our goal is to win a championship!”

Helping the club play well is not something that’s new to Molly in 2021. Dwyer’s success across her entire career with Asheville City saw her included in the club’s all-time XI. Molly said, “It was such an honor to be named to Asheville City’s All-Time XI! I love everything about Asheville City, it holds a very special place in my heart. I’ve made some close friends of the players and staff who I will cherish for many years to come, and even met my boyfriend while we both played for the club.”

“Sharing the All-Time XI with people I love and cherish is something I will always hold onto. To make it even better, the team was voted on by fans, and these fans are the best fans I’ve ever played for. They show up, bring energy and make this club what it is.”

For anyone on the fence about coming out and supporting the club in the future, Dwyer said, “The fans and club welcome anyone and everyone to join them. Even if you don’t know much about soccer, the Asheville City games are more than just soccer but an experience. Food trucks, beer, cheering, energy – why wouldn’t you want to be a part of that!”

Next up for the club will be a matchup vs. Independence Central, who occupy the basement of the Southern Division, on Sunday at 4:30 PM ET. With a win, Dwyer and Asheville City SC will secure their name on the Carolinas Conference title, holding sole possession of the crown if the Charlotte Eagles don’t win both of their final two matches. 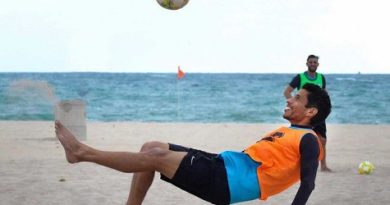 Nicolas Perea is thriving in “retirement” as a member of the U.S. Men’s Beach National Team 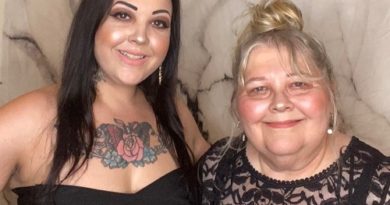 A mother, a daughter, and the MISL 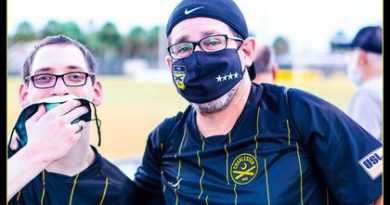