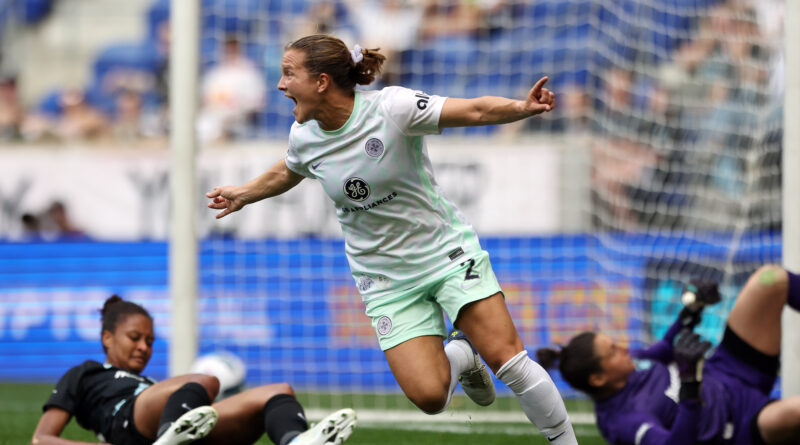 Racing Louisville beat NJ/NY Gotham FC 1-0 on the road on Sunday evening. The only goal of the match was the very definition of a team goal that involved a total of seven players from beginning to end. Deft passing up the left flank sliced through Gotham’s defenses until Jessica McDonald sent a cross into the path of a charging Lauren Milliet. Milliet’s high shot bounced off the underside of the crossbar and over opposing keeper Michelle Betos to put Racing up in the 13th minute.

“The ball just moved down the left side really well, and then Jess got it at the top of the box,” said Milliet. “I was sprinting as hard as I could at the back post. I was the end product, and the buildup to that was beautiful.”

This is a massive win for Racing Louisville for several reasons. It’s the first time in Racing’s short history that they’ve won back-to-back matches. They’ve never gone on a four-game undefeated streak before either. It also caps a run of three games in eight days where they earned a total of seven points. At the end of week four, they now sit in third place in the league.

Impressively, Racing won these matches while battling through some major hurdles. In their previous two games, they had several starters removed suddenly due to Covid protocols. Even so, they drew Houston who had beaten them in their previous three matchups, and handed first-place San Diego their only loss of the season. And then, on short rest, they traveled to New Jersey to play Gotham who hadn’t played for over two weeks, and earned another three points. This is also the first time Racing has ever beaten Gotham. The teams drew each other in all previous matchups.

Similar to their match against San Diego, this was another fairly even matchup. Gotham had the slightest edge in possession but passes and passing accuracy were fairly even. Gotham also had the slight edge on shots with 13 compared to Racing’s 11 and Gotham also had the better shooting accuracy with 31% to Racing’s 18%. Shots can be misleading, however, because despite having more shots – and 5 off the woodwork – they only created 1.21 xG to Racing’s 0.99. So even with fewer shots on frame, Racing had the only big chances on the night (2), and an equal number of chances created to Gotham (8).

This is another game where Racing played pretty consistently across both halves. Although their numbers in possession, passing accuracy, xG, etc. did drop from half to half, they dropped at a similar level to their opponent. This is a big change from the team who gave up a two-goal lead to Houston in the Challenge Cup.

In only two matches with Racing, newcomer Alex Chidiac has already blended seamlessly with the team. She had a key role in moving the ball up the field for Milliet’s goal and had the highest passing accuracy (86%) of any starter on Racing.

Racing players certainly recognized the significance of this win. None of the matches played this week were easy and capping the three-game stretch off with an away trip in 90°F weather is tough. But they persevered and are justifiably proud of the progress made.

“It was a tough away game, but still we’re doing so good,” said Racing Coach Kim Björkegren. “So I think we can see our highest potential is high enough to win all the games in this league.”

Goalscorer Milliet concurred. “I think everyone can see this team is something special, and we’re building something special. We believe in ourselves, and I think the results show that. We’re getting better each game.”

Another milestone achieved in this match was Katie Lund earning two consecutive shutouts in goal. Lund echoed Milliet and said that this was just another sign of how much Racing’s come along since last season. “I think it only tells the fans and the people watching how far we’ve come but also how far we have left to go. Obviously, it’s the beginning of the season. No one’s fully satisfied. We’re still looking ahead.”

As mentioned above, Gotham hit the woodwork five times and still came away scoreless and that seems to be the very definition of bad luck. After the match, Coach Björkegren made a direct comparison of Gotham’s luck in this game to Racing’s luck against the Chicago Red Stars in their first game of the season. Even though Racing had a record-breaking number of crosses, they still lost the match. After the Chicago match, Björkegren said that he thought Racing deserved a point. After Sunday’s match, he admitted this is true for Gotham, too.

“We were lucky today,” said Kim Björkegren. “They deserve at least one point — we need to be honest — but also I need to be extremely proud of my team, my players, and how hard they worked.”

As with any game, luck certainly plays a role. And bad luck is often evened out by good luck a little bit later down the road like it was for Racing in this match. But in most cases, teams ultimately create their own luck. Racing was unlucky against Chicago, but they also rushed their crosses instead of building up plays patiently. They didn’t read each other’s runs well. Gotham was unlucky to hit the woodwork as much as they did, but they also had players making isolated runs who had no one to pass to so they had to take rushed shots from not great positions. Hence, the lower xG than one might expect with multiple shots off the crossbar.

Essentially, luck can be a sign of a team not gelling together as well as it should be as much as anything. The good news for Racing is that their luck seems to be turning around – and there’s really no question why. In every match, they’re playing together as a unit better than they ever have before. They’re connecting, they’re reading each other’s movements, they’re transitioning as a group when possession is lost or gained. Racing struggled in all of these areas last season and it wasn’t luck. It was a lack of a team identity. It was a lack of an established team philosophy. Racing seems to have that now. They’re on the same page about what type of football they’re playing and what’s expected of them.

Of course, it’s early in the season. There will be some inevitable tough losses in the future, but right now this team is clicking. They’re meeting teams new and old and playing them as equals. They’re absorbing unexpected injuries and illnesses and still coming out on top. Milliet said it best when she said that this is a team that believes in themselves. That’s evident in every match they’ve played recently. The season is young. There are still many games left to play. But it’s clear that this team is something special and that it’s only a matter of time before the league takes notice. 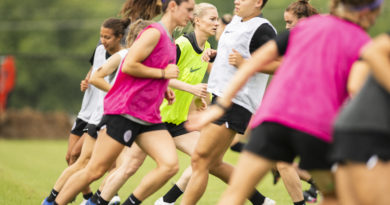 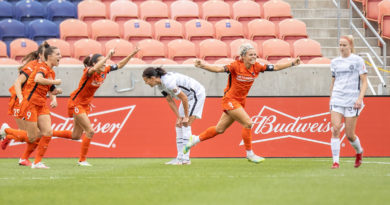 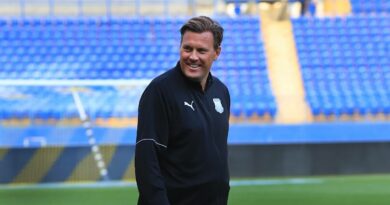