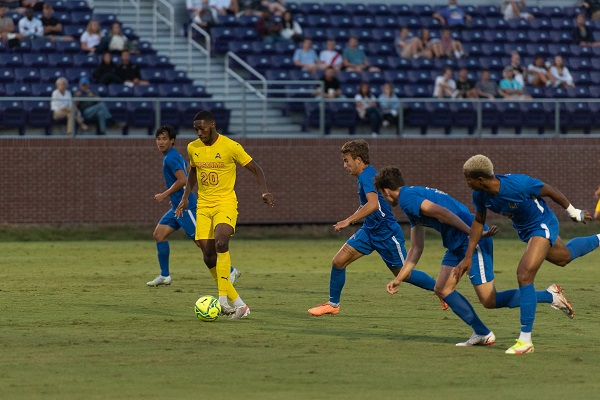 Tyrese Spicer’s first taste of NCAA soccer was in the spring of 2021 and he did not disappoint. He scored three goals and added an assist in six matches for Lipscomb University. “I was grateful to have a good spring season because I felt really prepared for that season,” Spicer told BGN. “Even though it was a short season for me because of injuries, I was able to continue to learn off the pitch information about my team and learned a lot from my observation of our opponents.”

“Personally, I was watching all the time and learning the space the players were getting on the ball and also players’ movement. I tried to analyze the intensity and standard of the college game to prepare for my next season. I knew what standard I needed to be at so I could play to the best of my ability for the upcoming season which made me confident coming into this fall.”

He added, ” I think the biggest surprise for me was how much running college coaches demand of their players.”

Speaking of running, Spicer and Lipscomb burst out of the gates this season, currently holding a 5-1-2 record and climbing up the NCAA rankings (18th in the 9/19 poll). “Coming into this season, the team made a goal,” Spicer recalled. “That goal was to be fitter, stronger both physically and mentally and to play for the team. I believe that is one of the key factors as to why our team is doing so well.”

“What is special about this team is the bond and confidence we have as a team. It’s amazing how we work for each other and how even our substitutes seem to always get goals every time they come in. They always impact the game positively and that is a great mentality.”

Individually, Spicer is helping to lead the way for the Bisons. He has four goals, including a hat trick vs. Evansville that earned him ASUN Player of the Week, and two assists already this season. “It was an honor to score three goals and is always an honor to play,” Tyrese said. “A lot of people think it’s just talent, but most importantly I can’t do anything without God. Being named ASUN Player of the Week is amazing and it made my parents, family and country proud which I am grateful for.”

"He's bringing out all the spices tonight"

His hot start to the season aligns directly with the goals he set for himself. Spicer said, “I told my coaches at the end of the spring meeting that I can leave a mark in the fall season and two of my goals were to get Player of the Year and score 10 goals. It is a big goal, but not impossible.”

Still young in his collegiate soccer career, Tyrese is motivated to continue to improve. “The areas I would like to work on are being able to use my weak foot just as good as my strong foot, improve in my control, finishing skills and being able to read the game better so that I can put myself in good situations to score,” he explained.

Is there a player on the world stage that he would compare his playing style to? “One player I look up to is Marcus Rashford,” Tyrese answered. “I think I play a similar style in being very direct and play with lots of pace in wide spaces and behind as well.”

Spicer will get to showcase that skillset again this weekend when Lipscomb faces Stetson at the Lipscomb Soccer Complex on Saturday evening.

His arrival at the Nashville, Tennessee university back in January also marked his arrival in the United States. A native of Trincity, Trinidad and Tobago, Spicer said, “The best thing about America is that there are so many opportunities at hand to make you successful in life. Amazingly, all you have to do is dream.” He added that the United States should adopt better Caribbean-style food, one of the things he misses from back home.

Another dream for the young forward would be representing the Soca Warriors, Trinidad and Tobago’s national team. “It is one of my dreams to represent the Red, White and Black flag of my country,” he said. “It would be an honor and a dream come through.” 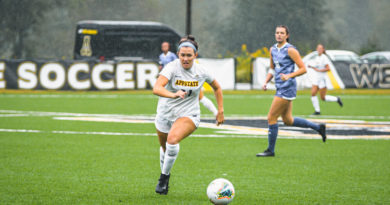 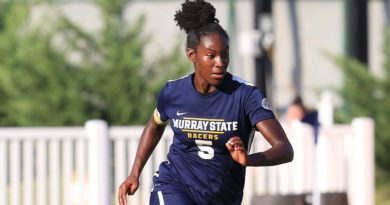 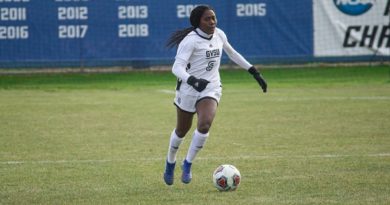