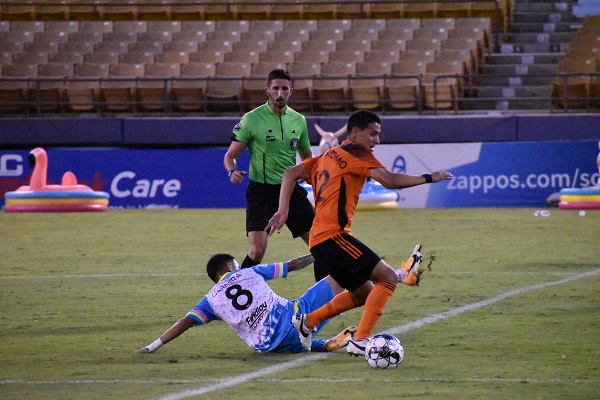 After an offseason filled with mostly silence, followed by the announcement of the club’s affiliation with LAFC,  Las Vegas Lights FC finally unveiled some of the players that will represent the club, and one that won’t, in 2021.

Let’s start with the confirmation that Blake Frischknecht will not be on the roster for 2021. He was the only holdover from the 2020 squad and the team stated that he and the club mutually parted ways. Frischknecht clarified on Twitter that he requested to be released last week and will be moving on to a better opportunity and situation for his family.

For fans in Las Vegas, Frischknecht represented the final piece that this was “their team”. His departure also ends, for now at least, the club’s initiative to always have a homegrown player on the roster.

On the positive side, there are some talented, promising players in the initial group of nine players ahead of the 2021 USL Championship season. Those players are: goalkeepers Duncan Turnbull and Phillip Ejimadu, defenders CC Uche and Eric Illoski (who can also play in the midfield), midfielders Frank Daroma, Danny Crisostomo, Nathan Sepulveda, and Michael Yeboah, and forward Roberto Molina.

Goalkeeper Duncan Turnbull joins the Lights on loan from Portsmouth FC in the English third division. The 6’7” Notre Dame alum made one appearance in the EFL Trophy competition this season and previously trialed with Manchester United.

Also in goal, 21-year-old Phillip Ejimadu joins the mix. He played with USL League One‘s FC Tuscon in 2019 on loan from LAFC. He tallied four clean sheets in 15 appearances while conceding 21 goals. Last season, he was loaned out to San Diego Loyal SC of the USL Championship, but he did not appear in league play for the club. LAFC declined his contract option after the 2020 campaign.

Two of the signings for Las Vegas are 2021 MLS SuperDraft selections and both are intriguing additions. CC Uche was selected by LAFC and he brings college experience from Ohio State and Duke. He was included on the 2019 Big Ten Preseason Honors List, but the center-back suffered a season-ending injury after less than a handful of matches.

Eric Iloski was picked by the Vancouver Whitecaps out of UCLA earlier this year. He was an All Pac-12 Honorable Mention in 2017, 2018, and 2019. This season, the defender/midfielder played in three matches for the Bruins. His brothers, Brian and Milan, are both professional soccer players for Orange County SC and Real Salt Lake, respectively.

Roberto Molina and Frank Daroma chose to join Lights FC instead of finishing their college careers. Molina was Big West All-Freshman Team in his lone season with UC Irvine and Daroma was an All-American at California State University. Both players played club soccer for FC Barcelona’s Barca Academy in Arizona.

Joining the club after two seasons with Orange County SC, Danny Crisostomo brings more than 40 matches of USL Championship experience. The 24-year-old midfielder tallied 38 interceptions one goal, and 17 key passes in his time with OCSC.

Nathan Sepulveda is the youngest of the group at 18 years old. He played club soccer in California for Arsenal FC’s Academy and FC Golden State. The young midfielder decided to join Lights FC instead of following through on his college commitment to Saint Mary’s University.

Another teenage midfielder, Michael Yeboah arrives on loan from Accra Great Olympics in his native Ghana. The 19-year-old was nominated for the NASCO Player of the Month Award for February 2021 and has four goals in the Ghanaian Premier League this season.

As previously confirmed, Lights FC are in an affiliation with LAFC for this year that will have the club training with the first team in Southern California before traveling to Las Vegas only for home matches. After previously managing in Germany, former USMNT player Steve Cherundolo has taken over as the club’s manager, succeeding Eric Wynalda and caretaker manager Frank Yallop.

The 2021 season for the Lights will kick off at LA Galaxy II on May 5th and the club’s first “home” match at Cashman Field will be a month later on June 5th vs. Tacoma Defiance. The schedule will feature the first-ever meetings between Las Vegas and Oakland Roots, an expansion club, and the Tampa Bay Rowdies, the 2020 USL Eastern Conference champions. 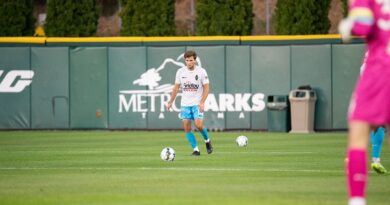 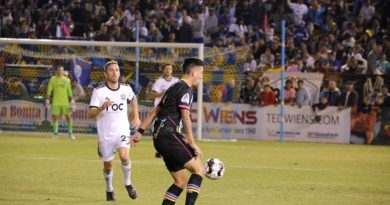