To prepare yourself for the USL League One finals, after you listen to this episode try these interview specials:

Tyler Polak of the Greenville Triumph

Three games, three possible outcomes, and three stoppage time goals brough all the drama for USL League One’s decision day! And after it was all said and done, Union Omaha, in their inaugural season, will travel to a sell-out Greenville, to play the Triumph in their 2nd attempt in 2 years to try and raise Silverware.
Ira and Jason preview the exciting final while also discussing the Richmond Kicker’s late season collapse, North Texas’ late season resurgence, why this season was more entertaining than last season, who would be MVP of the league if it were a full season, and who has the advantage on Friday Night.
The duo also presents their ready for the next level starting XI, where they take a player at each position who is ready for the next level playing in USL Championship and/or MLS.
A packed episode for a packed week leading to the USL League One Championship

Can we kick it? Yes we can! 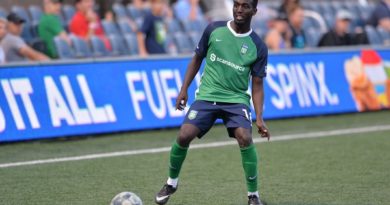