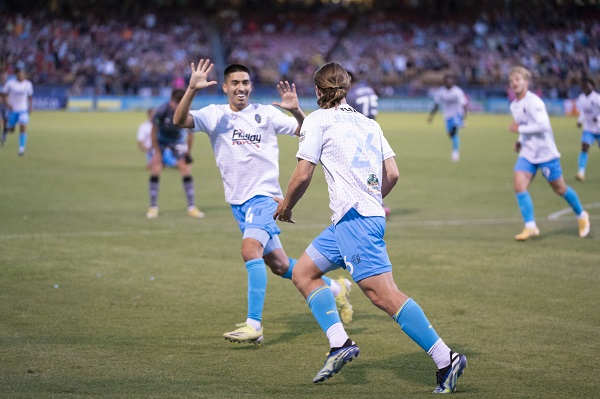 Finally playing at home, Las Vegas Lights FC broke out in a big way. After four losses to start the season, the LAFC affiliate picked up their first win and a clean sheet in the 2021 home opener. Cal Jennings scored in the first half before Bryce Duke added an insurance goal late in the second half.

18-4 shot advantage. Good shot output from the Lights, but them limiting Tacoma to only four shots (two on target) is massive for the club. Las Vegas has been on the business end of alarming amounts of shots to this point in the season, including more than 40 in the Phoenix match alone. On Media Day, head coach Steve Cherundolo told me that he was encouraged that the defense wasn’t typically making the same mistakes over and over and seemed confident they could get it turned around. Last night, the backline came up big for Lights FC.

Bryce Duke: The young midfielder was the best player on the pitch last night. He scored the second goal (one of his four shots), created seven chances, and completed 85% of his passes.

Cal Jennings: He dominated the early action of the match, including multiple quality chances, and was rewarded with a goal in the 19th minute. Jennings finished with six shots on the night and consistently worked his way to the end line to open things up for Lights FC.

Frank Daroma: A spark plug in the midfield, Daroma’s control, speed, and quick turns were on full display in downtown Las Vegas. He completed 49 passes, fired two shots, and connected on 81% of his passes in the attacking half.

Some Friday Night Futbol next week for Las Vegas Lights FC as they will host San Antonio FC on 6/11. SAFC finished with a 1-1 draw on the road vs. Colorado Springs Switchbacks FC last night.

No One But Nava – Talking New Mexico United 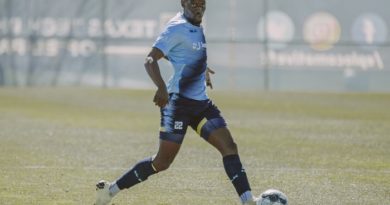 For El Paso’s Makinde, It’s All In The Game