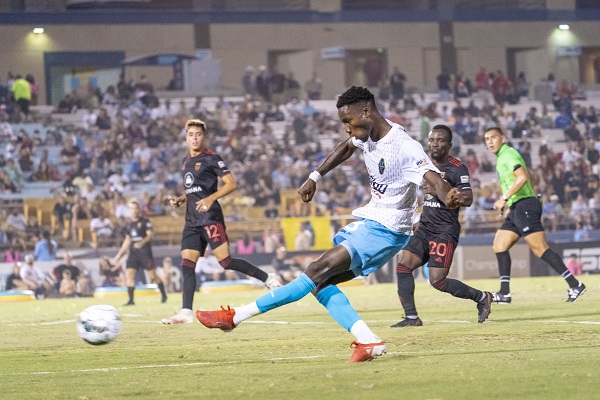 On a smoky night in Sin City, Las Vegas Lights FC went toe-to-toe with powerhouse Phoenix Rising FC and came away with a point in the 2-2 draw. Roberto Molina and Mohamed Traore scored for the hosts while Rising FC’s goals came from Santi Moar and Aodhan Quinn.

19-14 shot advantage for Lights FC. The last time these clubs met, Rising FC set USL Championship records for shots and shots on target. Last night, they were actually outshot by Lights FC and that was a good indicator of the hosts playing on the front foot for large portions of the match.

BGN’s Man of the Match Roberto Molina: He turned in a very impressive individual effort on the opening goal and also assisted on the equalizer. He finished with three chances created.

Tony Leone: When the Lights needed a stop, he stepped up throughout the action. Leone made seven clearances, three interceptions, and committed zero fouls. He also assisted on Molina’s goal and completed 80.9% of his passes.

Next Saturday, Las Vegas Lights FC are back on the road and will face Sacramento Republic FC. Mark Briggs’ side finished even with Tacoma Defiance last time out and will take on Oakland Roots SC mid-week before they host the Lights. 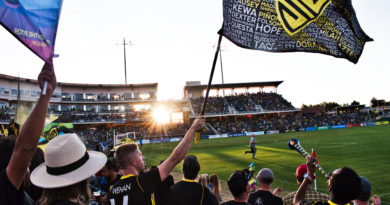