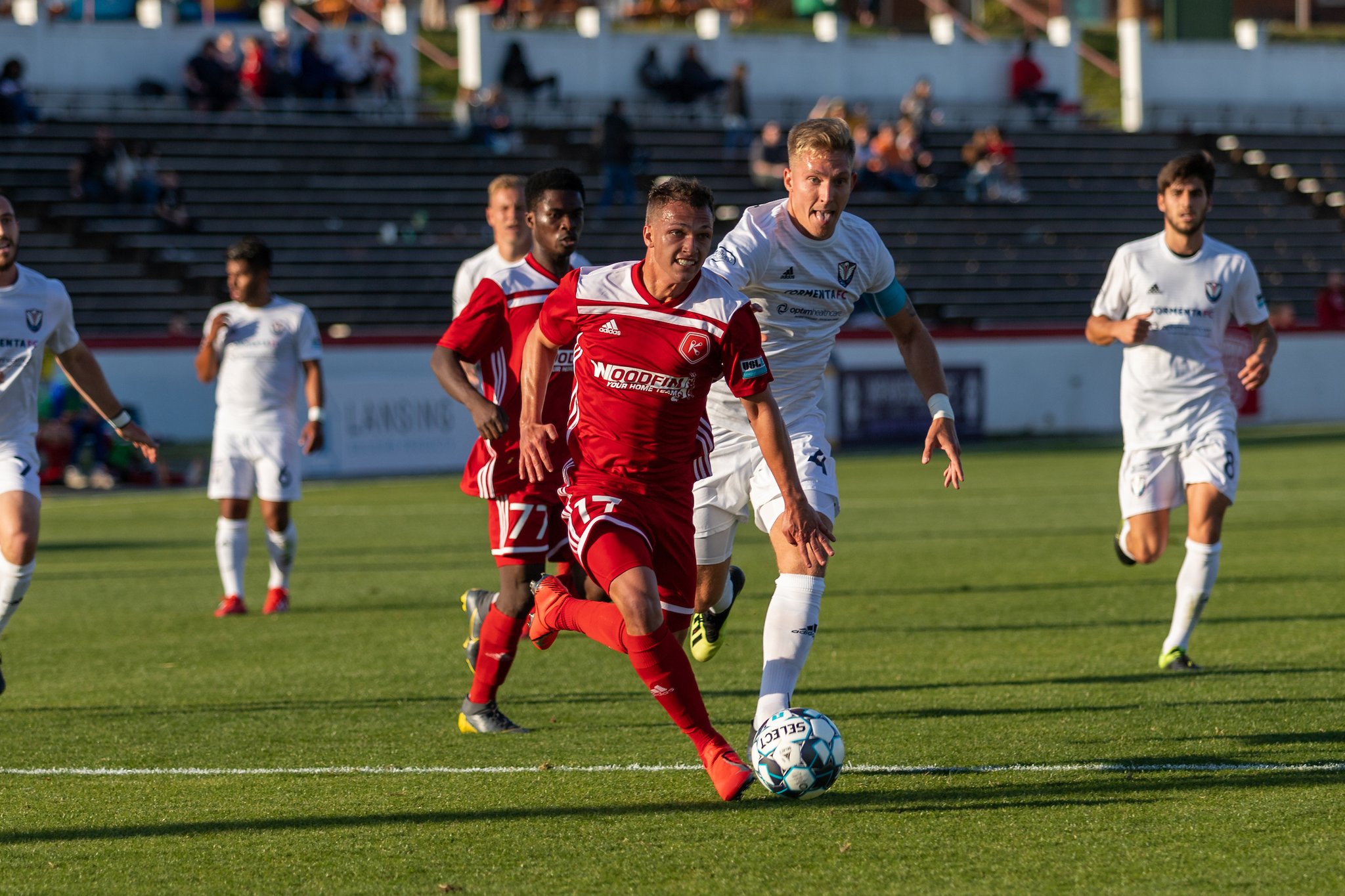 Eli Lockaby has been an instant hit for the Richmond Kickers defense in the fullback position, starting his first two matches as a professional.

From the Orlando City Academy to playing college ball in Richmond to now starting for the Kickers as they begin their new era in USL League One, Eli Lockaby is one of the new talents Coach David Bulow is hoping will help turn the club around. Following the clean sheet against Tormenta FC, I spoke with Eli to his path to Richmond, his playing style, and the start of the season.

Prior to college, you spent time in the Orlando City Academy. How did that opportunity come up and what was that experience like for you?

Eli: Prior to Orlando City arriving in the area, there was no Academy outside of Clearwater, FL, which was two hours away. So when they came in, it was a big positive for the soccer community in that part of the state. From there everyone flooded towards Orlando. It was the best competition and offered me the best chance to improve my game.

Now playing in USL League One and set to face Orlando City B, are there any members of the coaching staff or players that you have kept in touch with since your academy days?

Eli: Of course! I know Oguchi Onyewu, the Sporting Director there, Koby Osei-Wusu (former Richmond Kicker) is the captain there now. He went to George Washington (both are in the Atlantic 10 conference), so we got to play against each other collegiately as well. We are friends, but as always will be going 100% at them. The away trip will be a lot of fun for me personally, with the chance to play in front of my friends and family.

You were recruited by VCU, how did you make the decision to become a part of the program?

Eli: Well, I knew I wanted to go out of state because I had lived in Florida my whole life and wanted something different. It was between VCU, Wake Forest, and Furman. I knew coming out of high school that playing professionally was my goal. All three of those had great programs, and I felt like VCU could help prepare me for that next level.

Playing collegiately here in Richmond, how closely did you monitor the progress of the Kickers in USL during that time?

Eli: The summer of 2016 I stayed in Richmond and trained with the Kickers. Yomby William was the captain of that squad. I attribute my big step up in college to my time spent with Richmond that summer. You adapt to the speed of the game.

Not only are you getting to start your pro career in the same city, but you’ll be lining up with several fellow VCU alum (Joe Rice and Greg Boehme), that must make the transition a bit more familiar?

Eli: Rice is one of my best friends, from VCU and now here with Richmond, and Greg was a year ahead of us and the captain of our team. But the entire locker room here is very approachable so it’s been a great transition for me from VCU to here.

For fans who haven’t seen you play in college, describe your style and what position(s) you feel more comfortable playing? And how your role with Richmond might differ from VCU?

Eli: In high school, I was a pure winger, but VCU came to me and said if you want to play at the next level we see you as an outside back. I made that transition going into college, focusing on defending. Going from high school to college was a significant step. Now I’m kind of a wing-back, but I definitely see myself as an attacking fullback. Dani Alves is the type of player I look at in that role.

What surprised you the most about your professional debut against Lansing?

Eli: Going down two-nil early on was unexpected, and then you look up at the scoreboard and you’re down by three in your first game. But I thought we rebounded well. In the second half, we regrouped and played better. And tonight (Saturday vs. Tormenta) we came out and got the clean sheet. We had some chances—I had a chance I probably should have put away—but we are comfortable how we are progressing as a team. It’s not about peaking now, but peaking towards the end of the season.

Against Tormenta you switched between both fullback positions during the first half, is that something you’ve work on in preseason?

Eli: So I played left-back all four years at VCU. I am comfortable on both the left and the right. I am dominantly right-footed, but feel like I can play on either side. Really it’s just about where I’m needed.

If you missed the first interview in this series with Arika Fitzgerald you can check that out here. The Richmond Kickers return to action Saturday, April 13th in their first road match of the season as they visit Lansing Ignite. 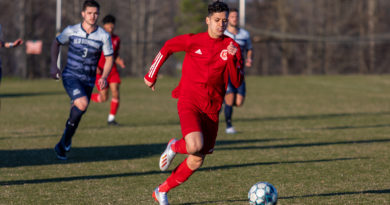