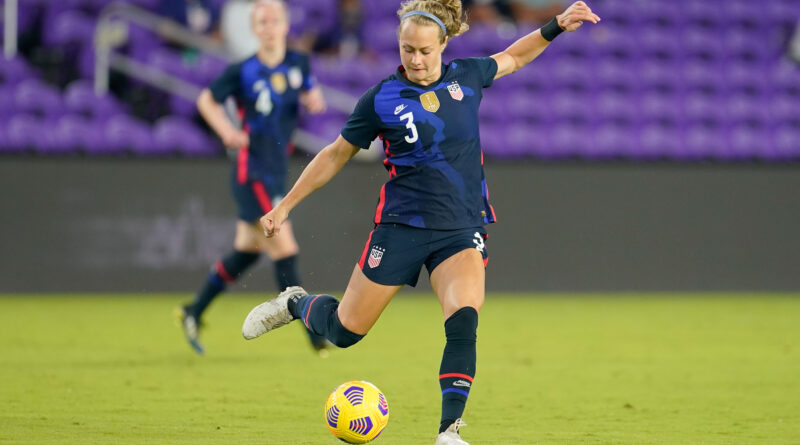 Keep up with all of Racing Louisville’s contract moves here with BGN’s roster tracker!

Today, Racing Louisville announced that they had signed Jaelin Howell to a three-year deal that’ll keep the midfielder in Louisville through the 2024 season.

“I’m extremely grateful for Racing Louisville drafting me and giving me the opportunity to play for a club with such a promising future,” said Howell. “I’m excited to help the team compete for championships while learning from some of the best players in the world in this league. I hope to make a positive impact on and off the field for our club, and I’m looking forward to getting started.”

Howell was selected second overall in the 2022 College Draft after a stellar career at Florida State University. She helped lead the Seminoles to three national finals in four years, including wins in 2018 and 2021. Last month, she won her second consecutive MAC Hermann Trophy. For those unfamiliar, the MAC Hermann is the most coveted individual award in Division 1 NCAA soccer. It’s essentially the equivalent of the Heisman Award and only five women have won twice in all of the decades it’s been awarded.

“Jaelin is one of the most exciting young talents in the game today,” said Racing’s interim president, James O’Connor. “We’re delighted to bring her on board. She fills a position of need and has an ability to control the game with such a broad range of passing.”

There’s little question that Howell is a player who can make an immediate impact for Louisville. Let’s take a closer look at how Howell can play a vital role for Racing Louisville in the 2022 season and for years to come:

A Good Six Is Hard to Find

Howell plays as a defensive central midfielder, also known as a six. Players in this position need to do everything: defend, help in transition, move the ball forward, make plays, and more.

This is a tough position that requires a varied skill set. As a result, a truly good six is hard to find. Look at Racing last season, for example. Freja Olofsson played as the six for most of the 2021 season despite being a natural eight, or attacking midfielder. While anyone can see that Olofsson did an amazing job considering the circumstances, a lack of a natural six stymied Louisville all season. Racing was unable to move the ball consistently up the center of the field. Balls were lost constantly in the center third and players often seem disconnected. Teams were able to capitalize off of mistakes in the midfield and, as a result, Racing had the worst goal differential of the entire league.

None of this is Olofsson or any of the other midfielders’ fault. This is what happens when teams are forced to play people out of position because there are deficits in key areas. To get any starting six would have been beneficial for Racing. To get a six who is already getting full national team call-ups and is widely considered to be a future mainstay of the most dominant national team in women’s soccer history is phenomenal.

A Quarterback In the Midfield

As mentioned above, a six plays a varied role on the field. They’re often the sole pivot around which the entire team moves. They need to be defenders, attackers, and playmakers all at once. Often, sixes are key in controlling the tempo of a game and in directing teammates’ movements. This is something Howell understands well and excelled at with FSU.

“Playing mid is a pretty crucial position,” Howell said when speaking to Unconquered Magazine back in 2020. “It’s a lot of attacking and defending. Being a leader on the field and, since you can see the whole field, directing traffic. It’s about getting the best out of your teammates in terms of directing traffic and being that leader, a quarterback to help everyone out with positioning.”

Leadership in the midfield was missing from Racing during much of the 2021 season. Most of the players in midfield last season were converted forwards, like Savannah McCaskill and Yuki Nagasato. Both are immensely talented players who have been praised for their leadership, but neither of them are natural midfielders with much experience running a team from that position. As a result, Racing often struggled to move the ball forward out of the midfield. Players seemed to be hesitant and not recognize each other’s movements well.

Having a leader who is experienced in directing play and positioning from the midfield has the potential to be a game changer for Racing. If the team can connect better on-field and move more successfully as a unit, the result will hopefully be more successful movement up the field and improved play overall.

Of course, let’s not forget that Howell is only a rookie. Expecting her to immediately come in and lead from the midfield immediately is asking a lot. But, according to Florida State head coach Mark Krikorian, Howell is “a natural leader” and, even more importantly, she’s “a sponge” when it comes to learning how to improve. She’s the type of player who’s going to be competitive and fight to get better every day. Racing signed her on a three-year contract, so there’s ample time for development to happen. So much of what makes Howell an exciting addition isn’t necessarily just what she can bring today, but what she has the potential to do tomorrow.

And even if there is an adjustment period for Howell, just filling in the six position frees up other players in the roster to play better. Filling in the gap in the six position will have a domino effect across the rest of the players and allow them more freedom. The biggest, most obvious example of this is that Olofsson will now be free to be the eight she’s meant to be. On an even larger scale, however, a strong anchor in the six spot should free up the entire midfield to play higher up and get more involved in the attack.

A chronic problem for Racing in 2021 was that they played behind the ball far too much. Not enough attackers would get up and try and get into the box during attacks. Holding midfielders act as the first line of defense and add a layer of protection. Having a strong six should naturally free up more attackers to get forward. Racing’s new coach Kim Björkegren has already said he’s interested in playing an aggressive, high pressing style, so, hopefully, Howell’s presence can help bring that about.

On the defensive side, Racing should be able to send their outer backs forward more aggressively because the six can drop back between the center backs and become an additional defender quite easily. With an outer back like Emily Fox on the roster, this is exactly what Racing will be looking to do. Although Fox was known last season for playing all over the field, her movement forward will expose Racing’s backline less if another experienced defensive player can drop back whenever necessary.

In short, Howell has the potential to be the missing puzzle piece Racing needs to become a complete team. She solves several of the team’s major midfield issues just because of the position she plays. The fact that she has the potential to be one of the best midfielders in the women’s game is in many ways just icing on the cake.

Naomi Girma, the center back from Stanford who was chosen first in the college draft, is a phenomenal player. Any team would be incredibly lucky to have her. But as incredible as she is, Racing needs a six. Racing needs midfielders and in the college draft, they got one who has the potential to be one of the best in the world. This is why this signing is such a big deal for this team. Especially a three-year contract. Coming in as a rookie, she’ll have an immediate impact no matter what. Over time, she’ll only get better and better.

Currently, Howell is with the U.S. Women’s National Team in Austin, TX alongside Racing teammate Emily Fox. The fact that Louisville now has two young players on the roster with the strong potential to play in the 2023 World Cup is something fans should relish. There is world-class talent in Louisville and it’s only going to grow.

.@Jaehowell18 checking in with a message from @USWNT camp. 👇 pic.twitter.com/j7m7d8ZDa9 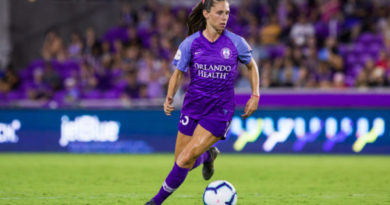 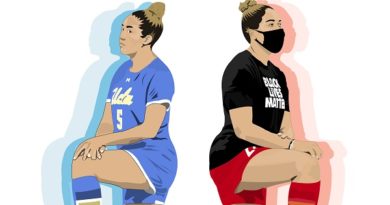 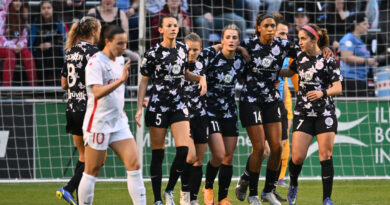