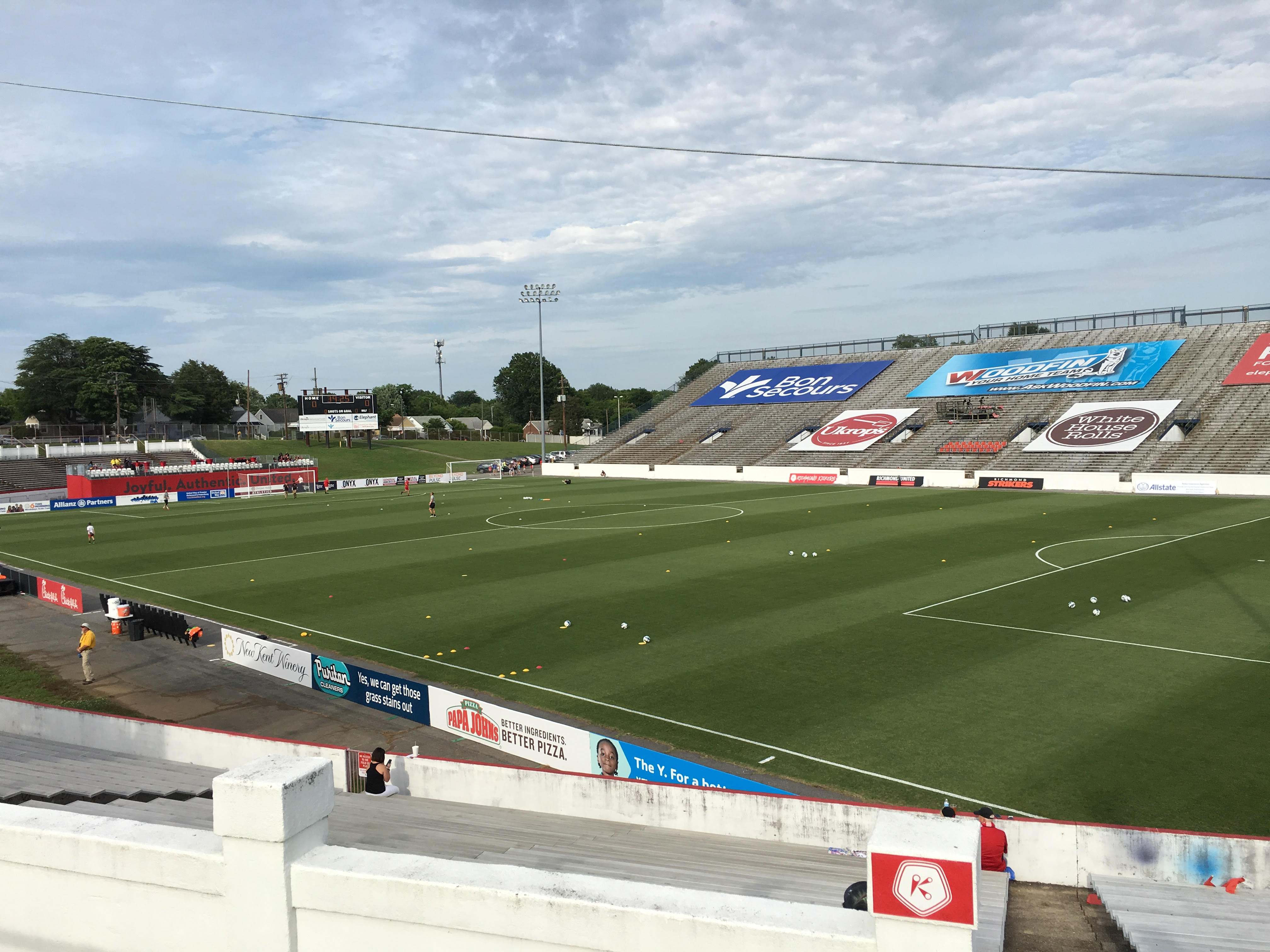 It’s been a decade since the Richmond Kickers Destiny women’s team folded. Is it time for the women’s pro game to return to RVA, and is WPSL the answer?

The Richmond Kickers Men’s team is a staple of the professional game in the United States. The club has seen various leagues rise, fall, and adapt to the ever-changing soccer landscape over the past 2+ decades. Meanwhile, the women’s side of the game has seen its own starts and stops before finally finding momentum at the top level with the NWSL. So as the women’s professional game continues to grow, and the Richmond Kickers organization evolves under new ownership, is it time for the Richmond area to join the movement?

A Brief Detour of Destiny

The W-League was launched in 1995, under the USL umbrella. Over its two decades of existence, more than 100 clubs were launched as the league saw frantic additions, withdraws, and reorganizations. In 2004, the Richmond Kickers started the Destiny, who played at Sports Backers Stadium.

The club lasted for six seasons, before folding following the 2009 season. But the Destiny were not without their successes – two trips to the playoffs, including the Conference Finals in 2006, and featured future USWNT and World Cup winner Becky Sauerbrunn for two seasons. Ultimately, the venture proved financially difficult to maintain as the Destiny ceased operations, six years before the league itself would make way for the rise of the NWSL.

If you are unfamiliar with the WPSL let’s do a quick recap. Founded in 1997, sitting in the second tier of women’s football, the WSPL is the largest women’s league in the world at 119 teams in 2019. Now with over 20 years of growth, the WPSL is taking full advantage of the increased interested in soccer in general across the country, and in particular, the women’s game. Last season the league add 32 new clubs, a combination of new independent teams and those connected to youth academy systems. The league sets up based on regions that lead into national playoffs at the end of every season. But how feasible is it for Richmond? Does the current setup help or hinder launching a new team within the Kickers organization?

RVA is the Perfect Market

As with most things at this level, the first and more important thing will be the finances. And the WSPL is very affordable, especially in Richmond’s case. Speaking to the league, the 2020 expansion fee is $3,250, with annual dues of $3,750. The annual average budget for a brand new, stand-alone club would be in the $46k range. But for organizations (like the Kickers) who have an existing infrastructure, front office, stadium location, etc. the average budget last year was around $24k.

The typical WPSL regular season has 8 to 12 matches, running from May through July before the playoffs start. A potential Richmond WPSL team could utilize City Stadium (since the club controls the lease) during the weekends that the Richmond Kickers are away in USL League One action. The club would in compliance with league standards, based on Men’s team in USL League One. Increased visibility for the Kickers marketing partners and the club further reaches out to another soccer and area demographic.

One of the biggest complaints about USL League One in its early days is the lack of local rivals. WPSL is broken into four regions. Richmond would fall into the East division, alongside two other Virginia teams (VA Beach and the DC area), plus another seven across Delaware & Pennsylvania. An additional seven WPSL clubs operate in North Carolina but fall into the South division currently. The opportunity for local rival games, as well as learning from nearby clubs sets up well for a team in Richmond.

A streaming partner is already set up across the league which would allow fans to watch matches home or away online. But perhaps best of all is that given the amateur status of the league, the roster would be fairly easy to assemble. A Richmond club could combine players from the various academy teams along with VCU and University of Richmond players since they wouldn’t be at risk of losing their collegiate eligibility.

I spoke with Richmond Kickers President Matt Spear last month regarding any interest the club might have in launching a WPSL side. Matt commented,

“It’s very intriguing. The NWSL has reached out to us in the past. We’ve had good turnouts for preseason matches featuring NWSL teams and hope to do more of that in the future. We will consider the idea going forward, as we want City Stadium to be more than just the home of our USL League One team. Rob Ukrop and I have looked over the info, and while there is interest in that area eventually, we let the WPSL know that we are not ready for 2020.”

When asked about the possibility, the league said that they remain interested in have the Kickers join the league, and that they have had a couple of soft inquiries from Virginia, but nothing from the Richmond area.

A WSPL team in Richmond is unlikely in 2020 – at least from the Kickers. But we should expect to see the league enter the area within the next five years. The game continues to grow, the NWSL’s costs are prohibitive for the Kickers, and the club has the set up to make a club thrive in the WPSL. The new owners and management are open to the idea, but understandably, want to get the USL League One team winning again first.