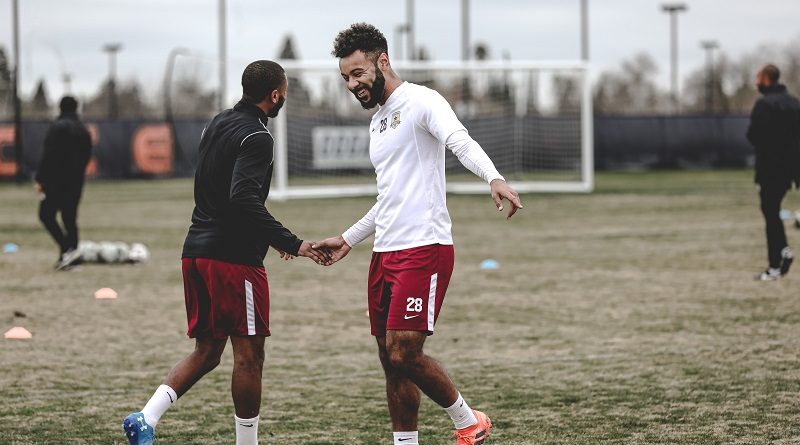 Andrew Wheeler-Omiunu brings a Harvard education, development as a professional player, and some smooth singing to Sacramento Republic FC.

If you were to meet someone that claimed to be a Harvard graduate, a professional athlete, and a singer on the side, you might tell them there was no need to embellish their resume to that extreme level. Well, Sacramento Republic FC midfielder Andrew Wheeler-Omiunu can make all of those claims without pumping up his record at all.

A Massachusetts native, Wheeler-Omiunu played four seasons for nearby Harvard University. Obviously, Harvard is known much more for academics than for athletics. When asked what some of the misconceptions are about the Ivy League, Wheeler-Omiunu told BGN, “I wouldn’t necessarily say there are any misconceptions about the Ivy League. I think at schools in which high-aspiring academic students attend, you get highly motivated and dedicated student-athletes. I’ve found that personality traits like that are hard to turn off, they tend to persist throughout all areas of a person’s life.”

“It would be the same as taking a player from Sacramento Republic and having him play rock, paper, scissors. He will still be as competitive in a trivial game like that as he is on the soccer pitch because it is in his nature, it doesn’t matter the forum. Therefore, I personally never felt like I had to send a message playing a non-Ivy League team in college. If those teams wanted to look down upon or underestimate our ability on a soccer pitch because we went to an Ivy-League school, that would really be my advantage in my opinion, because I don’t think it’s ever wise to underestimate.”

Wheeler-Omiunu is using his Harvard experience on the pitch as a professional, but does he have any plans for putting his economics degree from one of the country’s top universities to use? “Ideas come and go with what I could be using my degree for in the present and what I might use it for in the future. None of the ideas have yet manifested themselves,” he explained. “However, the thing I’m most grateful for in achieving my degree is learning a way of thinking and analysis. How I was taught to process information and problem solve I think has been invaluable to my life. So, finding ways to combine that knowledge with other forms of problem solving that I have acquired through other areas in my life, a big one being soccer, will hopefully lead me to achieving fulfillment in whatever endeavor I take up.”

After his Harvard career ended, he was drafted by Atlanta United in 2017. Wheeler-Omiunu played less than five matches for the first team and also featured for Atlanta United 2 in the USL Championship. Last year, he signed as a free agent with FC Tuscon of USL League One before being called up by Phoenix Rising FC. He played in six matches for the record-breaking side, completed 35/40 passes, registering an assist, and scoring a goal. “I was fortunate to have been at Phoenix last year during a very successful period for the club. During my career, I have tried to watch and listen to as many players and coaches as possible to learn something new, as I believe everyone in this world of soccer has something to offer,” he explained. “When you are in environments where success is being achieved, there are typically a lot of reasons for that success, so if you pay attention closely, there are lots of things to be learned. I was grateful to be around a very knowledgeable coaching staff with a lot of playing experience, as well as some high-quality players. Thus, the experience as a whole didn’t necessarily lead to any seismic shifts in how I process things in my career, but the small nuances of playing styles, techniques for striking soccer balls, awareness of spaces on the field, etc., certainly have made me a better player for having been a part of that environment last year.”

Now, Wheeler-Omiunu joins another established side in the Western Conference with Sacramento Republic FC. Discussing his new move, he said, “I was grateful that a club like Sacramento Republic wanted to bring me into their team and community and wanted me to be a part of the culture they have here and are continuing to build. That was all the reason I needed to want to be here; I felt like they wanted me to be here, and I was very appreciative of that.”

“I am very excited to play in front of the fan base here,” he added about the Republic FC supporters. “For a few years, I have heard only good things about the support Sacramento Republic has from their fans, and although I have only been here for a couple weeks, it has already been evident. I am always grateful to play in front of passionate fans because their support allows me to do what I love to do. If it wasn’t for them, I would not be able to make a living playing this wonderful game; therefore, there is nothing else I can be but thankful.”

To any fans of Republic FC that don’t know, Wheeler-Owiunu’s talents extend beyond the soccer pitch and the classroom. During his time with Atlanta, he became known for his singing ability as well. After I mentioned that he was obviously known for that in addition to his soccer skills, he said, “It’s hilarious to me that someone could make the claim I’m ‘obviously known for [my] singing’. I grew up listening to a lot of music. It was just always constant in my life, and I found it to be a huge source of peace and tranquility for me; which are moods I am constantly looking to be in because I am definitely more of a mellow person.”

“I remember when I got my first mp3 player, it could only hold about 40/50 songs, and I knew every word to every song I had on that thing because I would listen to it for hours every day. Both my parents would sing a lot in the car, and as a kid, I wanted to copy my parents, so I would sing along with them. Eventually, I got to the point where I would just try to mimic singers I heard on the radio, and I remember singing around the house a lot, and family members telling me to be quiet because I was annoying. Which was probably true, but I couldn’t help it, I loved the music too much. I never sang to achieve anything, I never really thought I was that good, still don’t think I’m anything special with singing, I just enjoyed it for myself. Then when I got to college, I again continued to sing all the time, and I was encouraged by some very close friends of mine to go try out for some a Capella groups on campus. My junior year I finally did, and fortunately, this group of really talented singers, who mainly sang R&B, Neo-Soul, and Hip-Hop music, accepted me into the group, which was a perfect group for me because that’s the music I love, and my last two years of college I sang in the group. And why it’s funny to me to hear someone say “I’m known for singing” is because I think I was one of the worst singers in the group. But in those two years, I tried to soak up every small piece of knowledge about improving my vocal abilities as I could because I felt like I was around some incredibly talented singers and I could learn a lot from them. And I had a blast doing it. So that’s kind of my background of music and singing.

“My top three favorite artists have not changed since 2015, they are Miguel, Anderson .Paak, and John Legend,” he shared. “My favorite group of all time is The Temptations. I love all things R&B, Neo-Soul and what I like to describe as lyricist hip-hop. And if someone were to ask me to sing something on the spot, it would probably be something that I had been listening to around that time, or I would go straight to a Miguel or John Legend song because I sing those guys’ songs so much to myself whether there are people around or not.”

Andrew Wheeler-Omiunu will look to hit the right notes this season for Sacramento Republic FC as they look to improve on a 7th place finish in the Western Conference in 2019. They will host FC Tulsa on March 7th to kick off their 2020 campaign at Papa Murphy’s Park. 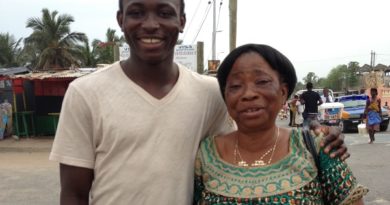 The Underdog Story of Matt Turner