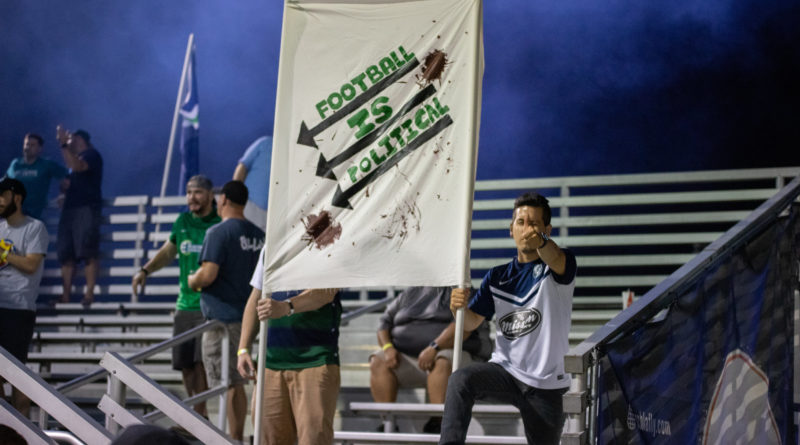 Across this season, Major League Soccer and the USL have dealt with political imagery in very different ways.

While things are cooling off in Ma League Soccer on the United Front…front…no one has actually addressed rumors concerning the USL and political imagery. So far, the USL hasn’t taken action one way or another, and in my opinion, it will stay that way. In some ways, while certain tweets have been technically true, the timing of said tweets is misleading with unsurprising results. See below: 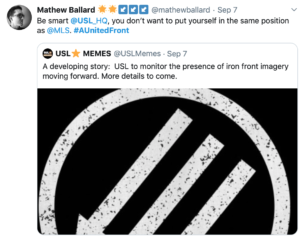 It is my hope here to clear the air and discuss this sensitive topic. The USL is indeed monitoring Iron Front imagery, but that monitoring is not associated with a new concern of political displays in their teams’ stadiums. Rather, the monitoring is part of their normal safety and security protocols with the primary aim of keeping USL games and events safe for all attending. So, are they monitoring the Iron Front logo? Yes, just like they monitor, say, bottles being thrown at players, the proper use of ‘pyrotechnics’/smoke bombs, the use of flags, etc.

In light of this information, let’s not force the league’s hand. If the league were to take action against political imagery in USL games, I think it would be because individuals toting aforementioned imagery are threatening the safety of fans around them.

The topic was discussed on a recent episode of The Total Soccer Show in which Pablo Maurer was a guest. Pablo spoke his mind and some very interesting possibilities were discussed–one being that since Iron Front imagery is allowed, perhaps countering factions such as MAGA will show up with a display of their own. In the theme of fairness, this also has to be allowed.

Let’s say this happens at a game and arguing ensues between the two sides. If we are to keep things copacetic with the league, there can be an exchange, but it must remain under control, safe and peaceful or else the league or team will probably have to step in. We cannot allow the unfortunate side of our human nature to win out in such a circumstance. 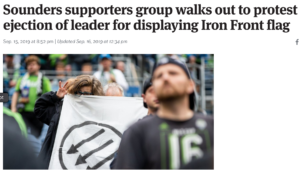 Dr. Martin Luther King Jr. had it right.“In spite of temporary victories, violence never brings permanent peace.” “We adopt the means of nonviolence because our end is a community at peace with itself. We will try to persuade with our words, but if our words fail, we will try to persuade with our acts.” The violent few ruin it for the rest. I personally love how creative the Timbers Army got with their protest during a recent home game. Going completely silent for 20 minutes of play had a potent effect on the atmosphere, the owner, and the buzz around the message they hoped to send. I couldn’t be more proud, as an American, to see a group protest in such a peaceful, creative, and effective way. Other supporter groups like Emerald City Supporters and Gorilla FC have since followed suit. 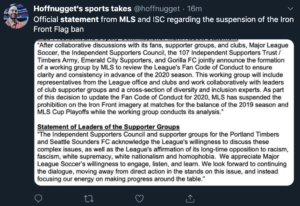 It now seems the efforts of these groups have proven fruitful. Yesterday, a joint statement from MLS and the Independent Supporters Council surfaced declaring an armistice to discuss the matter, and seemingly allowing the imagery going forward.

As I heave a sigh of relief, it occurs to me that, as is often the case, the USL has seemingly aligned itself with the rest of the world’s soccer leagues by allowing its fans to express themselves however they choose. As a self-aware USL shill, it occurs to me that this stands as yet another example of the league doing things the ‘right way’. Perhaps this will continue to push the league above to do what’s right…in my eyes. 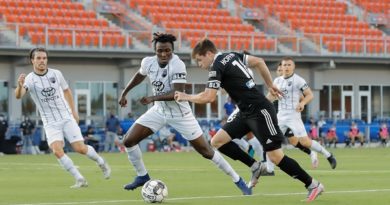 All Toros, No Bull: Ten matches for RGVFC without a win