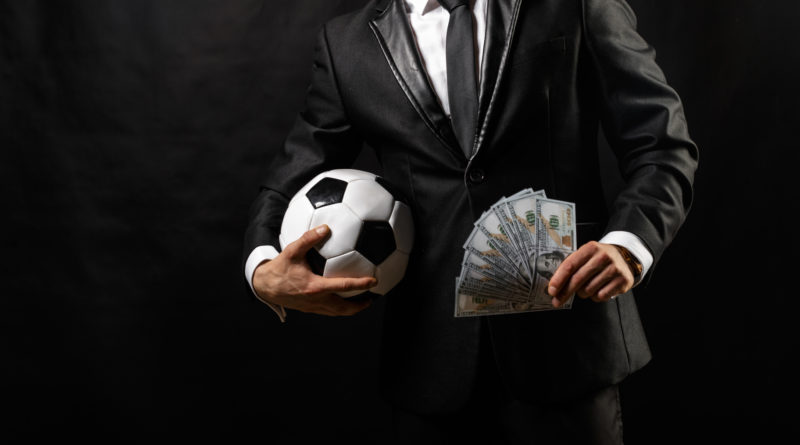 Counterfactual Fantasy World: Creating a Pro/Rel structure had the Court of Arbitration for Sport ruled differently

The Court of Arbitration for Sport (CAS) put to bed any hope for a quickly implemented promotion and relegation (pro/rel) system within U.S. Soccer (see ruling here). I’ve long argued that pro/rel is a worthy goal, but given the history of soccer in the United States, it’s also not necessarily the panacea those fervently in favor suggest. This is particularly true given how other U.S. sports leagues are run and the familiarity those would-be owners have with it. But for fun, I propose a counter-factual.

What if the CAS Ruled in Favor of Pro/Rel

Not long ago in an editorial for BGN, I suggested a limited form of promotion/relegation. The idea was for pro/rel only for MLS “2” teams in USL League One and USL Championship. The goal of the piece was not to “solve” the pro/rel issue. Instead, it was to ensure League One remained half independent teams (i.e. it didn’t become an MLS Reserve League), while also creating an incentive for MLS2 teams to build competitive rosters to remain in the Championship. It was answering only one small and very specific issue in a realistic way.

The best negative response to this proposal was that all the “bad” MLS 2 teams would end up in USL League One. To which I answer, that could happen anyway, along with the good ones. Meaning the Real Monarchs, Red Bulls II, and several others could potentially dominate the league.

But, let’s imagine for a moment the CAS ruled against FIFA and USSF had to come up with a pro/rel system say by 2022. How might this occur without prolonged lawsuits by MLS owners in US court (which likely the owners would win, but let’s assume they decided not to sue because this plan protects them in some ways)?

As you’ll note, before one discusses exactly HOW pro/rel would work, many other factors of ownership and structure need to be considered. For example, certain league rules need to be harmonized. Creating a pro/rel structure is not straight forward as existing league infrastructure would need amending.

For the purpose of this counterfactual discussion, I’ve assumed I have full control propose this vision. Then, pray team and league ownership would agree or negotiate in good faith where I’ve missed something.

The first step in this matter would be to determine what leagues would be in various tiers for pro/rel. Given there are currently two leagues designated as third tier, I would keep both of those at that level. Then, I’d create a new fourth tier, which would be the entry point for all new teams.

Under my scheme, US Soccer would eliminate the ownership net worth rules and remove minimum market population sizes from its criteria. USL and MLS would amend their minimum stadium sizes to the US Soccer minimums noted below. See current rules from USSF, MLS and USL here.

Division 1 – Major League Soccer: No more than 30 teams split into two or three geographic conferences, stadiums of at least 10,000 (reduced from 15,000 currently), with press boxes and other amenities.

Division 2 – USL Championship: No more than 30 teams split into two or three conferences mirroring MLS. Teams must have soccer-specific stadiums of at least 5,000 seat capacity with press boxes and other amenities.

Division 3 – USL League One & NISA: No more than 30 teams each split into geographic conferences to limit travel costs. Teams must have soccer-specific stadiums with a seating capacity of at least 1,000.

A large portion of profits of MLS, and the reason billionaires are willing to buy franchises is to get a stake in Soccer United Marketing – the organization that promotes soccer throughout the U.S. for all USSF sanctioned soccer. They also work with CONCACAF and CONMEBOL. In fact, Don Garber, the Commissioner of MLS is also the CEO of SUM.

This is where things get sticky and where lawsuits would arise. If CAS had ruled differently, one potential (and realistic) way to remove the SUM problem would be to spin it off from MLS with the current owners remaining owners, and MLS becoming an independent league. Mr. Garber would need to choose which organization he would run (I suspect SUM).

By splitting SUM and MLS, this would mean the current MLS franchise owners remain involved with the profitable marketing arm and reason they got into the soccer business. The teams/franchises would then be spun off into their own enterprises independent of all the others. This would allow owners to sell their teams without divesting from SUM. This is very much like a regulatory break up that is sometimes forced by the Federal Trade Commission: classic Teddy Roosevelt type “trust-busting.”

This is where the financially poor teams would be discovered and the value of teams themselves would likely decline, but the value of SUM would continue to insulate the owners from severe losses.

Another advantage and the reason why owners might agree without too much argument is relegated teams receive payments from their continued ownership in SUM, even if their MLS clubs don’t perform as well dropping into the USL Championship.

On the downside, it means that those initial MLS owners’ cash flows would be higher than those in USL Championship, but the better attended and marketed championship teams may be able to compete with the lower portion of MLS teams. The next section attempts to rectify some of the potential spending disparity.

Up to now many pro/rel fans may see these are realistic means to conduct pro/rel. Now is where I’m sure to trigger those people who aren’t wealthy with my suggested roster and salary cap rules. The goal here would be to attempt to maintain financially sustainable teams in local communities that could benefit from proper management, fan engagement, and player acquisition.

I understand many people hate the complex rules of MLS salary budgets and the concept presented greatly simplifies the matter. Remember it’s the owner’s money we’re playing with. Many owners may like the idea of creating both incentive and parity – at least within the first-team roster. And I’m not saying this is the only way these rules can be structured (and the players’ unions would also have some say), but it’s a way that makes sense to me.

Part of the goal of these roster rules is to develop a player transfer market within these leagues, plus not limit teams as much in terms of the top of their roster spend (i.e. no DPs). But, it would still not allow one or two very wealthy owners to spend profusely and dominate the league. See current USL League One Roster rules here for a comparison.

The salary budget rules are designed to promote some parity among teams in various leagues but also allows for teams with vibrant fan bases and advertising support to benefit from such support. The goal would also encourage teams to spend ownership funds on marketing and sales to generate revenue rather than just purchase a team and a roster good enough to be promoted. This should also help teams compete with the bottom portion of the higher division in terms of roster spend.

For example, a Division 2 team had $50 million in revenue could have a salary budget of $17 million, likely enough to compete with a Division 1 club. Also relegated clubs with meaningful revenue could also continue to have relatively high spending on their roster. Say an MLS team with $65 million of revenue was relegated, they could still have a $20 million salary budget, the same as all MLS teams.

Any profit above league operating expenses would be split as follows, otherwise, clubs are responsible for paying a pro-rata share of non-covered league expenses.

10% to be given for grants to at-need youth clubs for the purpose of growing the game, perhaps run by the US Soccer Foundation and the United Soccer Coaches Foundation.

50% divided equally among the teams in the league.

Let’s say a 30-team league had a profit of $100 million. $10 million goes to charity and each team then gets $1.67 million in earnings money. The prize earnings would mean teams would receive another $800,000 to $2.4 million depending upon their performance.

Promotion and Relegation Between Divisions

Finally, after all these details are ironed out we can come to the actual act of Pro/Rel. It’s not easy to get to this point – and this isn’t everything legally what would need to occur. There’s a lot of details behind the scenes that I’ve not addressed here such as how the owners of some leagues like USL would be bought out. So, here goes.

The 2022 season would begin with league alignments based on the then-current leagues.

USL Championship: 30 teams in two 15 club conferences. Five teams would be relegated to USL League One at the end of the 2021 season to compete in that league in 2022.

NISA: We can assume NISA expands to perhaps 14 teams in 2022. We’ll keep them in a single table for now, but the league may wish for promotion playoff purposes to keep two conferences. This would be at the league’s discretion. The league would accept promotion from lower leagues until it reached 30 teams, at which point promotion and relegation would begin.

Lower leagues may be structured however they desire. Teams relegated out of the Division 3 leagues could choose the Division 4 league they enter.

There you have it. Pro/rel in a nutshell dealing with owners, leagues, and alignments. I came up with this in about three days. While I believe such a plan could have been realistic, it would still be difficult and would have many legal aspects to be considered – and a two year implementation period would likely be unrealistic. In reality, if USSF attempted to implement something like the above unilaterally (which it wouldn’t, I mean Don Garber is on the USSF board), MLS franchise owners and potentially the owners of USL might enter lawsuits which could last years and create an ugly environment.

However, as I’ve noted it is possible to help MLS owners and create a system of pro/rel that reflects the realities of today’s soccer landscape. We can’t just start over. The world doesn’t work that way, but the concepts here show it is possible to shift and bring US soccer toward the world standard.

Finally, I’d need to note that all the discussions around a European Super League suggest it would be a closed, or nearly closed, system. Many global owners seem to want to move closer to an MLS, NFL, MLB system and away from pro/rel.

Given there is not a single way to realistically create a pro/rel system, I understand this is only one possible path. But I’m happy to entertain well-considered and thought-out feedback, plus other COMPLETE ideas. One cannot just snap their figures and make pro/rel happen. One cannot focus just on the structure of pro/rel, but all the other components that need to occur as well. There are many steps first… many more even than I’ve laid out here. 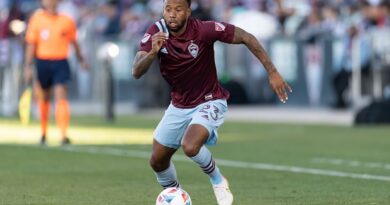 You Play We Don’t: Andrew Weber