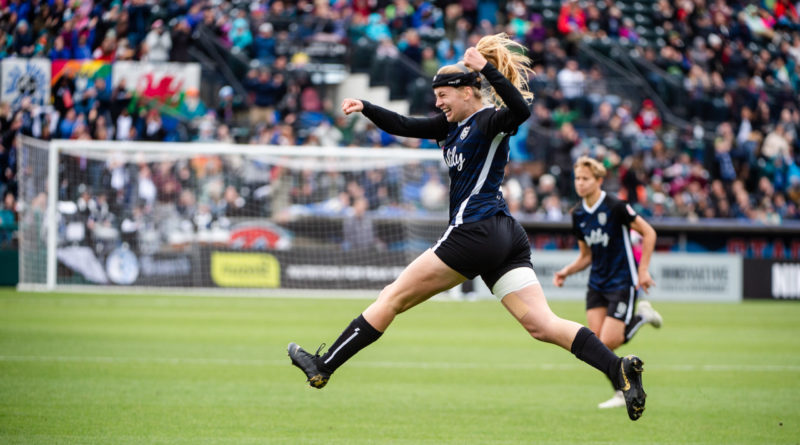 OL Reign’s Bethany Balcer unexpectedly burst onto the scene last season as she won the 2019 NWSL Rookie of the Year. When you add her backstory and personality to her skill on the pitch, she is truly a rising star in the league.

Instead of attending a big college after starring for Unity Christian High School, Balcer stayed in Michigan to play for Spring Arbor, an NAIA school. During her four years as a Cougar, she put up massive numbers, never scoring fewer than 30 goals in a season. Bethany ended her career with 129 goals and 45 assists. She went on to try out for Reign FC and became the first NAIA alum to ink a deal in the NWSL. In her first professional season, she scored six goals and added two assists.

Did she benefit from having so much success at a smaller school more than a player having less production at a bigger school? “If we’re talking about benefitting me going pro, it didn’t help at all. It actually made it harder,” Bethany told BGN. “But in terms of growing my soccer ability, I think it provided many benefits. I was able to develop a confidence on the ball that has made me more comfortable in games. Having time and space to dribble made me a more fearless player. I had more opportunities to develop a scoring mentality and that played out in all four of my years.”

“Soccer never felt like a burden or a job, and I have many friends at D1 schools who have felt that way. Going to an NAIA school really allowed me to relax and continue to enjoy the game.”

Bethany wasn’t the only one in her house growing up that enjoyed soccer, as her four siblings all played the sport. “I’m super grateful to come from a soccer family. Some of my best memories are being dragged to my older siblings’ tournaments and playing with them,” Bethany said.

“We’re all incredibly competitive which made for many arguments, but I wouldn’t change it for anything. We love all sports, and often would play things other than soccer, like make-up games like roller blade football soccer (exactly how it sounds),” she added with a laugh.

As the second-youngest of the Balcer kids, Bethany does hold a competitive edge over her younger brother, Grant, who was a goalkeeper at Unity Christian. She recalled, “Last year when I was home, I took three PKs on him and made all 3. So I’m 100% against him and probably won’t take anymore!”

Grant wrapped up his high school athletic career and will be heading to Seattle University to join the Redhawks soccer team. “He’s one of my favorite people on this earth so I’m excited for him to continue his dream of playing a sport collegiately,” the proud big sister said.

Including for her funny back-and-forth exchanges with Grant, Bethany is a must-follow across social media. She said, “I’ve tamed my TikTok addiction, but they are so fun to make and I love being goofy with my teammates!”

While she has fun doing dances with teammates like Sofia Huerta and Taylor Smith, Balcer also understands the opposite side of social media. She’s been outspoken on Twitter about the social justice issues that are affecting the United States. “I think it’s incredibly important for everyone to recognize the platform they’ve been given and use it to speak out about social justice issues. I’ve learned so much from teammates in the past month or so, and I don’t want to stop learning,” she explained. “I think the most dangerous thing to be in these situations is ignorant. I always felt in the past that I was never qualified to speak out on such issues, but now I’ve recognized that my silence has hurt so many people.

“The more we speak out and address issues within our nation, the better off we’ll be, and I’m so glad this movement has gained traction after all these years.” She added that she wants to continue to grow and learn from people of color about the injustice they face.

On the pitch, she’s been able to pick up knowledge from a great group of veterans like Jess Fishlock, Allie Long, and Megan Rapinoe. “They’ve all really helped me technically. That was an area of my game that grew a lot last year, as it needed to,” Balcer said. “They helped me settle in and just gave great advice for many different situations on the field. To know the specifics of your position as well as the formation and movement as a whole is crucial at this level and they gave me great knowledge regarding that.”

“I love all the vets. They’ve truly made this team culture special, and they are incredible people off the field and I’m so grateful to call them friends.”

After learning from Rapinoe and Long as a rookie, she was able to follow in their footsteps as she was called up to the USWNT camp in December by her former Reign coach Vlatko Andonovski.

Now, Bethany will get to follow up on her sensational rookie campaign in the 2020 NWSL Challenge Cup. “To say I’m excited is an understatement. As a lover of the game, my favorite thing to do is simply play. I think lots of us are like that,” she explained. “We obviously love to train and get better, but suiting up for a game is different and special. To represent OL Reign is an honor. We’ve all worked incredibly hard collectively, and I can’t wait for us to put out a great product on the field.” Balcer and OL Reign kick off their tournament run on June 30th when they take on Sky Blue FC at 7 PM PT. 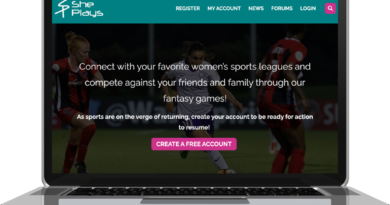 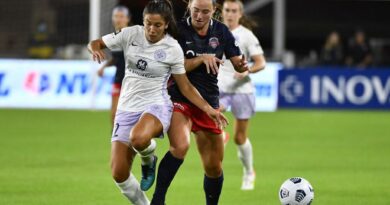 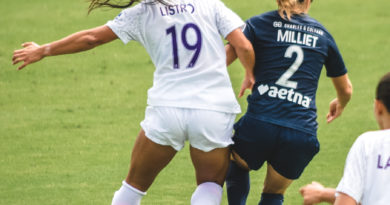