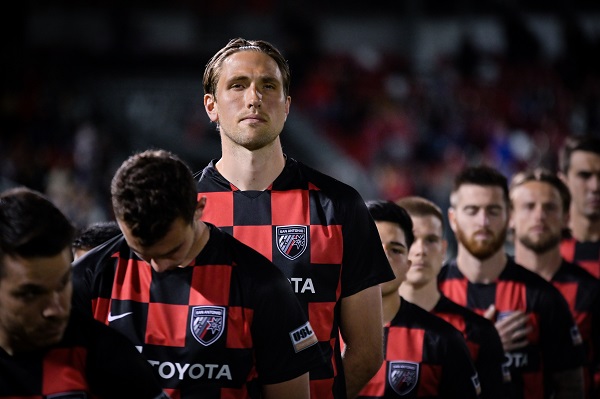 Axel Sjöberg got a brief glimpse into what life is like with San Antonio FC in 2020. On loan from Columbus Crew SC, he started the first match of the season, an upset win over the reigning champion Real Monarchs SLC, Sjöberg returned to Columbus after the USL Championship season came to a halt. After a trade to DC United in the fall, the Swedish defender has returned on a permanent deal to SAFC.

What made a return to San Antonio FC the right move for his 2021 season and how did he enjoy his stint with the club in 2020? “I think the latter part of the question actually correlates to the first,” Sjöberg told BGN. “When I was here on loan last year, I really enjoyed it. I liked the club, I liked the coaches here, and I liked the guys. I enjoyed playing and I enjoyed training with them, so it made it easy for me after the season to sign on and be a part of 2021.”

Even without Sjöberg, San Antonio FC had an impressive 2020 campaign. They won Group D and took New Mexico United into added extra time before losing their playoff opener, 1-0. Discussing the club’s goals for this season, Axel said, “We have a lot of internal goals. I think we want to be better than last year. We had a great season, but we would still like to improve on that.”

“Personally, I’m happy to be back in an environment where I’m really enjoying it. I have several personal goals, but at this point in my career, they all come behind the team goal. I’m very excited to be a part of this group and hopefully I can help this team win.”

After turning 30 last month, Sjöberg is definitely one of the most experienced players on the roster. He welcomes a leadership role and indicated that was a factor in why he came back to SAFC. Sjöberg explained, “I spoke with the coaches and they wanted me to adopt a leadership role with the club and that’s something that I enjoy and enjoy teaching younger players the few tricks and experiences I’ve had as a player thus far. I still believe I have quite a few more years to go, but for sure, I’m happy to help the younger guys.”

His experience includes nearly 100 matches in MLS, three goals, an assist, and being named to the MLS Best XI in 2016 with the Colorado Rapids. But, at first glance, fans could still just see the 6’7” veteran as “the tall defender”. For those that may try to paint him into that box, what does Sjöberg bring to the backline outside of his obvious height? “Hopefully, you can see what I have in my arsenal on the field, besides just being tall,” he said.

“It definitely has some added competitive elements on the field, but I enjoy every bit of it.”

He’s also enjoying the food scene down in San Antonio. “Best food here has to be TexMex,” Axel said. “I’ve had so much of it. I feel like it’s all the time, every time we go out, but it’s really quite good.”

Is there a Swedish food that he misses the most while he’s out in the United States playing? “In terms of Swedish foods, you’re really hitting home here,” Sjöberg answered. “I would normally say tacos growing up, but we’re too close to Mexico and there’s too good of Mexican food here. Swedish candy is always a go-to for me.”

“Unfortunately, I couldn’t go home this winter because of COVID, but my parents sent me a care package of candy to tide me over a little bit. That’s usually what I miss the most.”

First up on the menu for Sjöberg and San Antonio FC this season will be the home opener vs. Colorado Springs Switchbacks FC on May 1st. 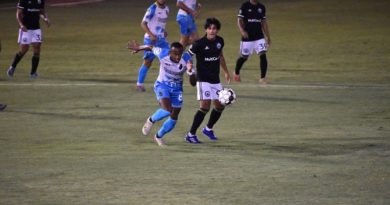 S3 Ep 11 – Robert Coronado… From La Habra With A Mission 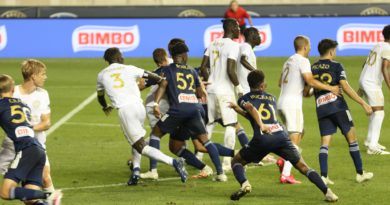