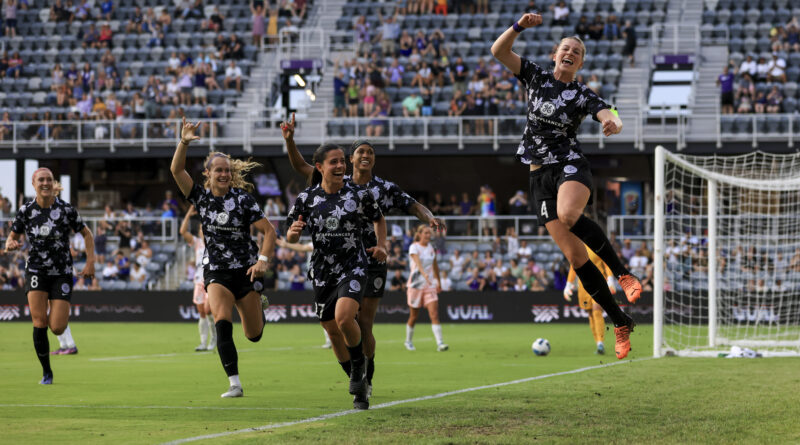 Not Quite There Yet

In an exceedingly tight and fast-paced match, Angel City managed to squeak past Racing Louisville 3-2 on Saturday night. Although the loss is disappointing for Louisville, the performance was drastically improved over the previous two games against Kansas City and North Carolina respectively.

“It’s definitely frustrating because we know we’re playing really good soccer,” said midfielder Savannah DeMelo about the result. “Now it’s just about being disciplined in the details and going with our game plan because I think we knew the game plan but kind of slogged on some details.”

Racing really did get off to a solid start. In the 29th minute, Racing earned a set piece at the top of the box. DeMelo’s low cross into the center of the box was backheeled in spectacularly by Gemma Bonner for a tremendous first goal. In the 35th minute, however, a long ball over the midfield found Los Angeles’ Christen Press who got a jump on defenders and beat keeper Katie Lund to tie the game. Only two minutes into the second half, a floating cross to the far post from Christen Press found Savannah McCaskill who knocked it in to put Angel City on top.

Still, Racing wasn’t done. In the 63rd minute, Savannah DeMelo was shoved down in the center of the box and earned a penalty which Nadia Nadim converted to bring Racing even. But, as DeMelo said after the match, it was missed details and a lack of discipline that ultimately did Racing in. In the third minute of stoppage time, Julia Lester got beat by Los Angeles’ Simone Charley. Instead of letting Lester recover, Lund made the decision to leave her box and played a bad tackle on Charley that sent her flying. This earned a penalty that McCaskill converted that ultimately did Racing Louisville in.

📼 A gutsy performance in the Derby City 📼 #LOUvLA presented by @nationwide pic.twitter.com/BBz066arC0

“I think our performance was much, much better than previous games,” was coach Kim Björkegren’s final assessment of the match. He said Racing was the dominant team for much of the match, they just need to play a more complete game. “Everything thing is there, it’s just small details and a couple of mistakes.”

Coach Björkegren’s assertion that Racing was the better team for much of the night is borne out statistically. Racing the high xG (2.45 to 2.11), more touches in the opposition box, more final third entries. They also controlled the game better and eked out the majority of possession in both halves for a final total of 54%.  Their passing accuracy was better at almost 80% and they once again had a very high number of crosses with 20. Both keepers were forced to make two saves apiece.

Once again, Savannah DeMelo was a standout on the pitch earning the most touches of any player on either team. She also had the most duels, most dribbles, and most successful dribbles on any player on either team. DeMelo slipped into playing the 10 role now that Cece Kizer has been traded to the Kansas City Current and the role seems to suit her as well as every other midfield position has. It’s not surprising at all that she was named to the NWSL’s Best IX for May and came in second for rookie of the month.

Although Racing’s performance is much improved, there are still some things Racing needs to work on. Namely, they need to improve their finishing. Racing had no trouble creating chances, they just couldn’t put them away. This has been a lingering issue for Racing and one that will need addressing. There’s only so long a team can go talking about how well they’re doing and how close they’re getting without actually putting results away.

The NWSL regular season is not very long. It’s only 22 games and Racing has already been through eight of them. They’re currently holding onto 9th place by their fingernails. The only reason they remain above Kansas City and Orlando is due to goal differential.  North Carolina still sits in last place, but they’re two games behind everyone else and are poised to charge forward. If Racing doesn’t start getting points now, they risk falling too far behind to catch up.

Up next, Racing takes on the Washington Spirit in D.C. on Friday. The Spirit has not been the team they were last year although they remain quite dangerous. Racing needs to be able to pull points back from this match even if it’s just a draw to stop their slide. And there’s no doubt that Louisville has built a winning core of players. Besides DeMelo, Jaelin Howell and Lauren Milliet are looking solid, Alex Chidiac has slide into the roster smoothly, and Nadia Nadim is beginning to work her way back from injury. And, of course, Emily Fox is always a standout on the pitch. If Racing can shore up their small but costly mistakes and find a way to finish, they could be on their way to finding another winning streak soon. 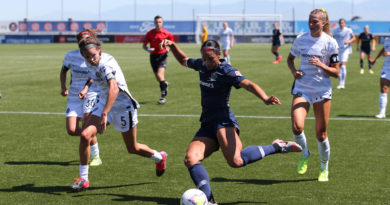 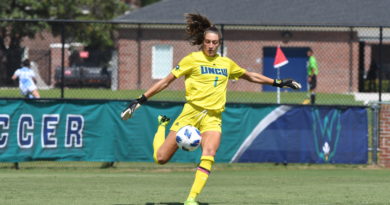 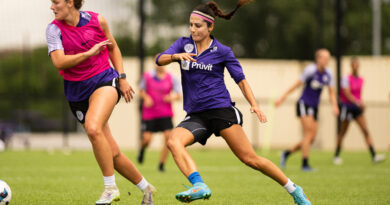