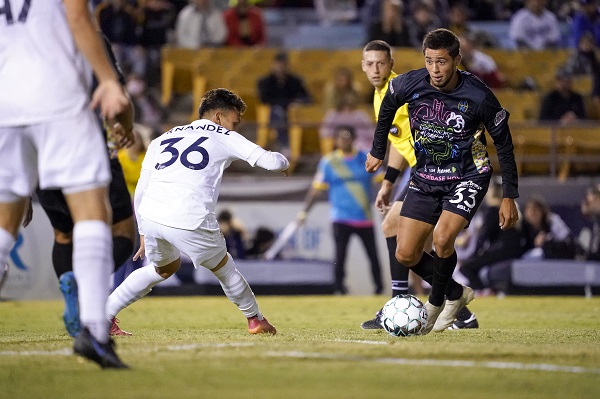 Last night, Las Vegas Lights FC lost their 20th match of the season,  a 1-0 defeat vs. LA Galaxy II, and were officially eliminated from playoff contention.

Zero goals. Sometimes, this sport just comes down to simply putting the ball in the net. The Lights carried the edge in possession, only one fewer shot, and one more shot on target than Los Dos. Jorge Hernandez’s goal was truly the difference-maker.

Bruce El-Mesmari: Late in the match, the second-half substitute had two of the closest calls as his shot from distance saw the LA goalkeeper nearly fumble it into his own net before missing narrowly on a free kick.

CC Uche: The captain made five interceptions, one clearance, and connected on 90.5% of his passes.

Las Vegas Lights FC will be heading to the Pacific Northwest for a midweek matchup vs. Tacoma Defiance. The Seattle Sounders FC affiliate enters their match tonight vs. Orange County SC on a seven-match losing streak.